Saudi-led coalition in Yemen extends unilateral truce by one month

The Saudi-led coalition fighting the Houthi rebels in Yemen has announced it's extending a cease-fire another month to allow for UN-brokered negotiations as well as efforts to control the novel coronavirus outbreak. 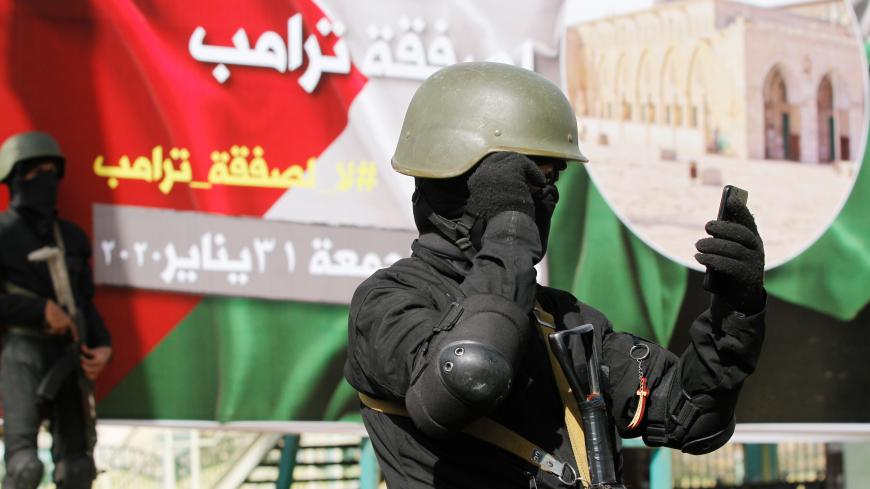 A Yemeni soldier looks at his mobile phone during a rally in Sanaa, Yemen, Jan. 31, 2020. - REUTERS/Mohamed al-Sayaghi

The Saudi-led coalition fighting Yemen's Houthi rebels announced Friday it was extending a unilateral cease-fire by another month as part of efforts to rein in the war-torn country’s COVID-19 outbreak.

“The chance is still there for concerted efforts to reach a comprehensive and permanent cease-fire in Yemen,” al-Maliki said.

On Thursday, a two-week cease-fire declared by the coalition earlier this month expired with no permanent deal in place. UN Secretary-General Antonio Guterres has been calling on both parties to negotiate a long-term agreement to end the fighting, especially in light of the pandemic.

Yemen has been ravaged by war since 2014, when the Iranian-aligned Houthis rebels seized control of Sanaa and went on to capture large swaths of the country from pro-government forces, on whose behalf the Saudis and a group of allies intervened militarily in March 2015.

The Houthi rebels did not back the two-week cease-fire, and hostilities between the two sides have continued through April in the central Marib and Bayda provinces.

There was no immediate response from the Houthis to the coalition’s latest cease-fire announcement.

The cease-fire extension comes weeks after Yemen reported its first case of the novel coronavirus. According to reports, other potential cases in Houthi-held areas are being kept under wraps so as not to discourage potential fighters from joining the war.

After five years of bloodshed, aid agencies fear the Arab world's poorest country is ill-equipped to handle an outbreak. More than half of Yemen’s hospitals and clinics have been damaged or destroyed, most of them in coalition strikes.

The pandemic may also further complicate efforts to fight a host of infectious diseases already affecting the country, including cholera, diphtheria and dengue fever.