A state-funded Iranian research center predicted that in a worst-case scenario, some three-fourths of the country’s population could ultimately contract the coronavirus. 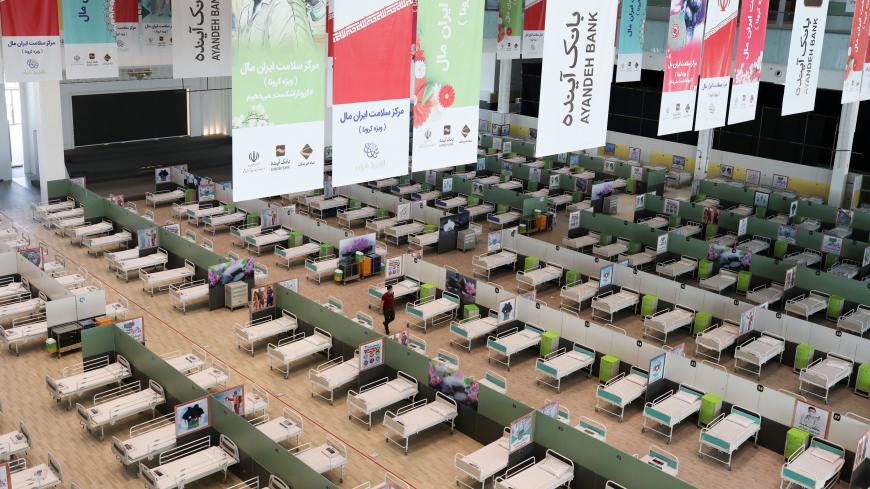 A view of beds at a shopping mall, one of Iran's largest, which has been turned into a center to receive patients suffering from the coronavirus, Tehran, Iran, April 4, 2020. - WANA (West Asia News Agency)/Ali Khara via REUTERS

In a grim estimate, a prestigious Tehran-based research center found that up to 75% of the Iranian population could test positive for the coronavirus if isolation measures are not implemented.

The assessment by the Iranian parliament’s research center, based on Health Ministry epidemiological models, says nearly 30,000 Iranians could die of the virus if only 10% of workable containment policies are in place. The morality figure could collapse to 6,000, however, provided that 40% of social distancing restrictions are robustly observed.

The 46-page document warns that a peak in Iran could be as far away as November, when a second wave may await the population. The study evaluated the government’s current response planning as “acceptable,” unlike its “weak” handling at the outset.

Iran announced 94 new deaths April 15, marking a second day of a two-digit mortality rate. More than half of Iranian provinces are witnessing significant drops in positive cases, according to Health Ministry statistics, with confirmed daily infections falling somewhere between zero to 20.

The situation in the capital Tehran, nonetheless, remained alarming. Nahid Khodakarami, a female member of the Tehran City Council, challenged the official mortality reports, saying that in the most optimistic estimate, at least 70 people are dying on a daily basis in Tehran. She said the discrepancy was because “acute respiratory symptom” is the official cause for many COVID-19 deaths.

Amid the pandemic, Iran has waged a parallel battle to finance its response, attempting to get US-imposed international banking restrictions lifted. Last week, the governor of Iran’s central bank, Abdolnasser Hemmati, declared that $1.6 billion — frozen by a Luxembourg bank due to US pressure — had found its way back home. Officials in Luxembourg, however, clarified that a final decision resided with the country’s highest court and the funds had yet to be sent. Later, Hemmati told Iran’s state TV that even further seizure of the amount “will not be the end of the world” for Iran, as it is pressing to unfreeze “a lot more of such funds held overseas.”

Elsewhere, Iran’s Foreign Minister Mohammad Javad Zarif lamented on Twitter the “US regime’s bullying” that “kills people” amid the coronavirus pandemic and will leave behind a memory of “infamy” among Iranians. His American counterpart Mike Pompeo has stated that Washington is ready for “real humanitarian assistance to the Iranian people." But, according to Pompeo, cash aid will not end up in the right hands in Iran and will be used by the state “for corrupt purposes.” Medical supplies and other humanitarian imports are exempt from US sanctions.

Mounting a fresh, rosy defense of his government’s crisis management, President Hassan Rouhani said in a televised speech April 15 that even with sanctions in force, not a single coronavirus patient has been turned away from Iranian hospitals during the outbreak.

Despite its relentless complaints about US measures interfering with the pandemic response, Iran has in recent weeks taken pride in self-reliance, with a list of “new achievements” — mostly claimed by the Islamic Revolutionary Guard Corps (IRGC) — ranging from homemade diagnosis kits to a promised vaccine “soon to be introduced.” In the latest, IRGC commander Hossein Salami unveiled “an astounding, phenomenal” device, which he said was capable of detecting coronavirus-infected human bodies and objects within a radius of 100 meters in a matter of five seconds.