On International Romani Day, a group of Turkish Roma associations protested that the community still faces “deep discrimination” and risks starvation from the loss of work and state neglect that have compounded the harm of COVID-19. 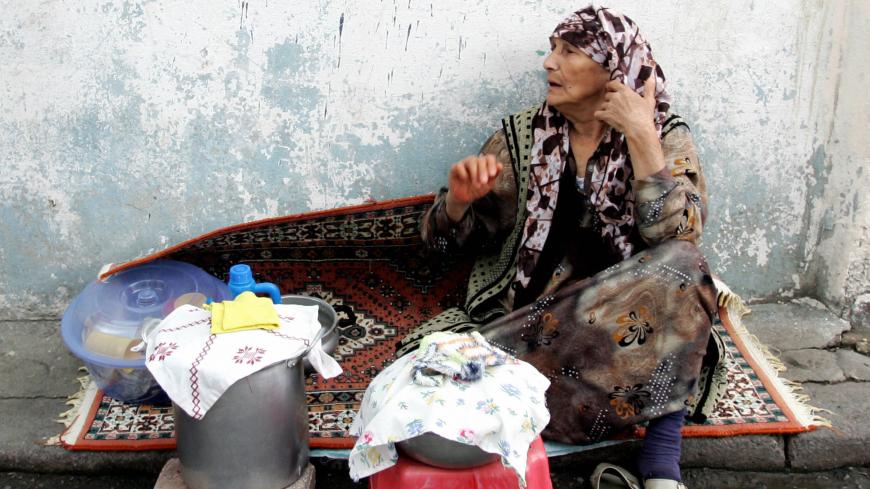 A Romani woman sits in front of her home in the historically Romani Sulukule neighborhood of Istanbul, Turkey, Sept. 26, 2006. - MUSTAFA OZER/AFP via Getty Images

Turkey’s long-marginalized Roma population is marking April 8, International Romani Day, with emergency appeals for help as they grapple with the fallout from the global coronavirus pandemic saying they are among the hardest hit.

In a bitterly worded declaration, 48 Roma associations said they continued to face “deep discrimination” and that their people’s biggest battle currently was not so much against COVID-19 as with the starvation likely to ensue from loss of work and state neglect.

“The Roma are unable to avail themselves equally of their most basic rights. When they try to do so they face discrimination and serious obstacles,” the statement read.

The groups charged that predominantly Roma neighborhoods were not being disinfected by municipal authorities on the grounds that “Roma carry the virus anyway.” The statement did not identify the neighborhoods by name.

The Roma groups listed 14 demands for the duration of the pandemic, including regular cash injections and free food and hygiene supplies to the most needy.

The World Health Organization wrote on Twitter today, “We are alarmed that Turkey has seen a dramatic increase in virus spread over the last week. 60% of cases were reported from Istanbul.”

As of April 7, the official death toll in Turkey attributed to COVID-19 was 725, with 34,109 others testing positive for the disease. Turkey is the eighth worst affected country in the world in terms of the number of active cases.

More than 1.4 million cases have been reported globally. As of today, the total number of deaths from the pandemic stood close to 83,000.

The Turkish government plans to increase testing capacity, with the number of daily tests expected to exceed 30,000, said Turkish Health Minister Fahrettin Koca. He added that curfew measures for people aged under 20 and above 65 had helped contain infections.

But Istanbul Mayor Ekrem Imamoglu took aim at the measure today, saying, “You are effectively telling 64% of the population, ‘you are free,’” he said. Imamoglu has been campaigning for a total lockdown for the city that is home to more than 16 million people.

Imamoglu did not forget Istanbul’s Roma, wishing them a happy International Romani Day on Twitter. “The coronavirus pandemic has severely hit hundreds of thousands of Roma citizens who earn their livelihoods from precarious work. We will get through these hard days together, as one,” he pledged.

Turkey’s President Recep Tayyip Erdogan, who touts himself as a champion of the poor, made no mention of the Roma today. It remains unclear whether they will benefit from additional relief measures announced yesterday by Turkey's Finance Minister Berat Albayrak.

Albayrak said the government will offer further cash injections to citizens during the coronavirus crisis, including salary support for employees forced into furlough.

Their exact numbers remain unknown, but up to two million Roma are believed to live in Turkey. Many typically eke out a living from gathering recyclable garbage, flower vending, shining shoes and playing musical instruments at weddings — activities that have been suspended by a slew of restrictions introduced by authorities in a bid to contain the pandemic.

Video footage of police officers writing up a traffic ticket for a pair of female Roma scrap collectors who had been wheeling a large cart on the edge of a highway in the eastern province of Elazig drew angry reactions on social media today. Their appeals for clemency fell on deaf ears.

“Our people have been left to the mercy of state institutions and municipalities,” said Roma activist Emin Karamese in a video posted by the Civil Society Development Center, a Turkish non-profit. “Their situation is disastrous.”

Veteran civil society activist and advocate for Roma rights Hacer Foggo told Al-Monitor, “When we tell Roma ‘stay at home,’ most are confined to one room and left penniless because they have no social safety net or savings.”

She asked, “Is social distancing possible in the tiny spaces they inhabit? Can their children access home schooling without any internet connection? I fear most for babies because their mothers cannot afford to buy food for them. I speak to dozens of such mothers every day.”