Turkey cracks down on journalists, others as coronavirus rumors spread

Turkish journalists and social media users alike are facing charges for sharing "lies" and "manipulating the public" as Ankara finds its coronavirus responses under scrutiny. 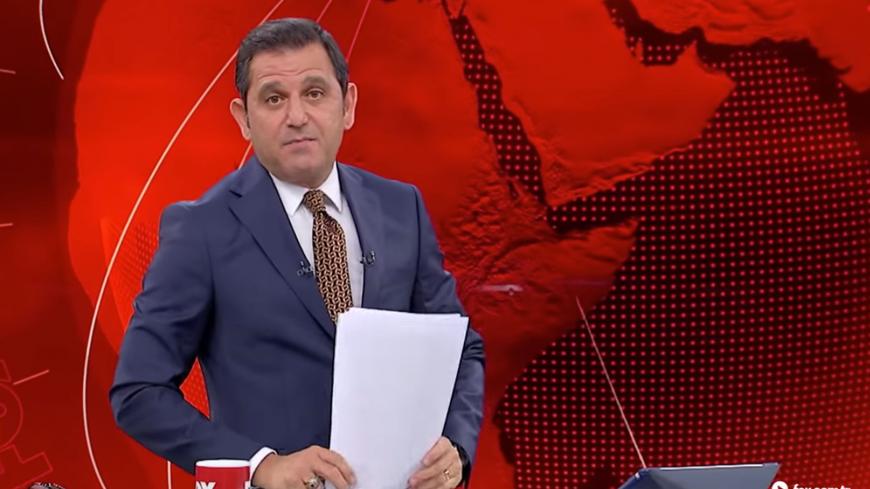 Journalist Fatih Portakal is seen in a still from a video uploaded April 6, 2020. - YouTube/FOX Haber

Fatih Portakal, a popular and often critical anchor at the Fox News channel in Turkey, where the network is considered oppositional to the ruling Justice and Development Party (AKP), was accused of “spreading lies and manipulating the public on social media,” according to the state-run Anadolu Agency on Tuesday.

Both Turkish President Recep Tayyip Erdogan and the Banking Regulation and Supervision Authority filed criminal complaints against Portakal hours after he shared the tweet, highlighting the limits on free speech afforded to media professionals amid the pandemic in Turkey, which remains among the world’s top jailers of journalists.

“The government and the judiciary are taking every opportunity to crack down on prominent journalists because they don’t want alternative dialogues established in the public opinion,” Erol Onderoglu, the Turkey representative for Reporters Without Borders and Bianet media freedom rapporteur, told Al-Monitor.

He added, “The aim is to prevent criticism and reaction from opposition circles.”

The news comes after Erdogan launched a national donation drive last week, asking citizens to help provide financial assistance for individuals and families impacted by the coronavirus. As of today, health officials have reported 34,109 confirmed COVID-19 cases in Turkey and 725 deaths resulting from the virus.

During a speech yesterday in which Erdogan promoted the donation drive, the president alluded to historical emergency measures imposed during the nation’s War of Independence, known as National Tax laws, which allowed the government to seize citizens’ personal wealth and belongings to aid the nation.

Portakal reacted to the speech in a tweet Monday night, asking, “What if they ask for money from those who have deposits or savings by invoking the National Tax orders?” He suggested citizens might not get their seized savings back from the government. To date, no such measures have been applied in Turkey’s coronavirus response.

Ahmet Ozel, a lawyer for Erdogan, said Tuesday that Portakal’s tweet was an “utter lie,” while the Banking Regulation and Supervision Authority alleged the journalist had intentionally damaged the reputation of the banking institution. Neither Portakal nor Turkish Fox News responded to requests for comment.

“By making an example of Fatih Portakal, the state is showing they will not hesitate in going after those who alert people to possible threats, like a deeper financial crisis,” Onderoglu told Al-Monitor, referring to the economic toll the coronavirus may have on emerging markets like Turkey.

On Tuesday, the Interior Ministry announced it had identified 616 suspects sharing "unfounded and provocative social media messages about the coronavirus" and that 229 of them had been detained. Among the Twitter users detained in recent weeks was a popular anonymous account known as Ankara Kusu, or Ankara Bird, whose owner now faces terrorism-related charges.

Halk Aygun, a veteran journalist with the oppositional Halk TV network, was also arrested Friday for ridiculing Erdogan’s national donation drive. Last month, in a case unrelated to the coronavirus response, Murat Agirel and three journalists with the independent news outlet Odatv were arrested for a report that named a Turkish intelligence officer killed in Libya earlier this year.

The arrests come as members of the Turkish Parliament debate proposals that would release up to a third of Turkey’s prisoners to reduce overcrowding in the nation’s penitentiaries and help slow the spread of coronavirus within jails. The measures exclude political prisoners such as jailed journalists, who would remain behind bars.

Outside prisons, the Turkish state has gradually rolled out stricter measures on citizens to encourage self-isolation and social distancing precautions. Curfews were imposed on senior citizens and unemployed people under 20 years of age, while the majority of domestic travel now requires government authorization.

Dr. Bulent Nazim Yilmaz, secretary general of the Turkish Medical Association, has previously criticized the lack of coronavirus data from the Health Ministry. He told Al-Monitor that government transparency on the pandemic had improved following the establishment of a COVID-19 informational website.

Yilmaz also said the recent increase in tests administered within Turkey were a “very positive” development, adding he would like to see the current daily number of tests, about 20,000, double to 40,000 or 50,000.

“Testing should increase as much as possible,” Yilmaz told Al-Monitor.