Turkey overtakes China as biggest COVID-19 hotspot outside US, Europe

With over 86,000 cases, Turkey has overtaken China as the country with the most confirmed cases of COVID-19 outside of the United States and Europe. 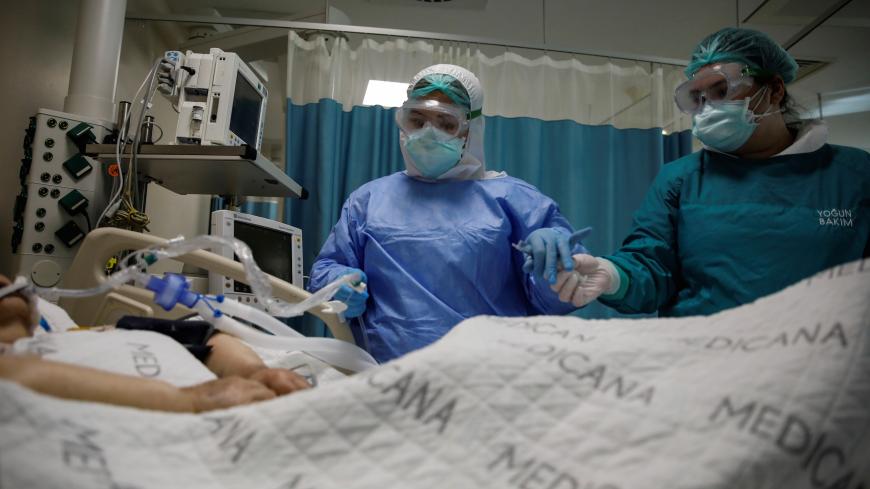 Turkey now has the most confirmed cases of the novel coronavirus outside the United States and Europe with 86,306.

Turkey’s Health Minister Dr. Fahrettin Koca said on Sunday that the country confirmed 3,977 new cases in 24 hours, according to Reuters. The number put Turkey ahead of China, which previously had the most confirmed coronavirus cases outside of Europe and the United States.

Turkey already had the most confirmed coronavirus cases in the Middle East. Iran is in second with more than 83,000 cases.

In a press release from the Health Ministry, Koca said Turkey is successfully testing and treating coronavirus patients early on in the infection process.

“We are lucky,” he said in the release, which was last updated on April 18. “This early treatment has led to tangible outcomes.”

Turkey first started imposing lockdowns to curb the spread of the virus in late March, after reporting its first confirmed case on March 10.

The Turkish government has defended its response to the virus recently as the number of cases increased. Koca said Turkey was bringing the spread “under control” this month. The World Health Organization, however, has warned that Turkey could face an acceleration in coronavirus cases.

“Turkey has shown its power by standing on its own feet while global organizations, international institutions, established with great hopes and ideals, are losing their meaning,” President Recep Tayyip Erdogan said today in Istanbul.

The pandemic has led to political battles in Turkey as well. The Interior Ministry is investigating the mayors of Ankara and Istanbul over the fundraising campaigns they started to fight the pandemic. Both mayors are members of the opposition Republican People’s Party.

Traditional Ramadan preparations usually include outings for bulk grocery shopping in Turkey, but people will likely have a hard time this year due to the strict coronavirus restrictions and shortage of supplies triggered by stockpiling.

"By meticulously adhering to the measures, we are aiming to slow down the spread of the outbreak, and pave the way for normalization in the country by the end of the Eid al-Fitr holiday," Erdogan said in his televised speech after the Cabinet meeting.

Erdogan also hinted that a possible large-scale curfew on the eve of or during the Eid al-Fitr holiday may be underway, urging all sectors to be ready for such possibility. "We believe it is helpful for all sectors to make their plans accordingly," he said.

Turkey will observe a four-day long holiday after Ramadan ends on May 23.