President Donald Trump vowed on Monday to "look at" a potential embargo on Saudi oil shipments to the United States as record low oil prices turned negative for the first time ever. 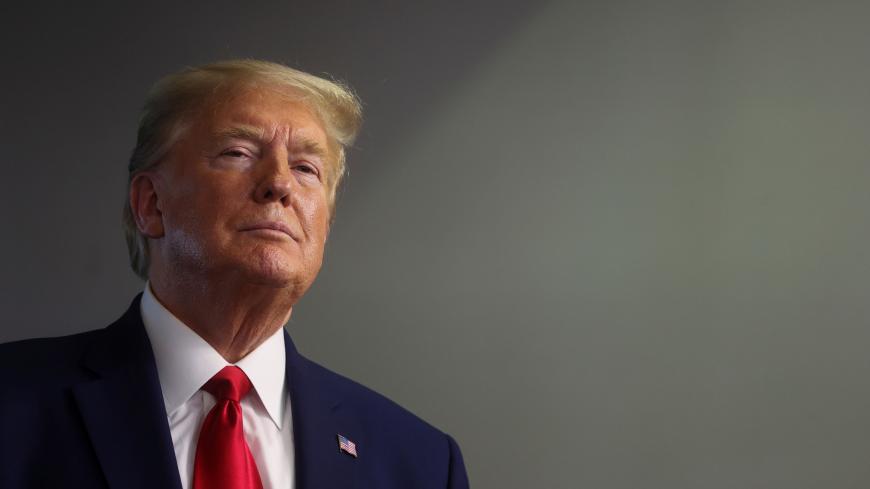 President Donald Trump vowed on Monday to “look at” a potential embargo on Saudi oil shipments to the United States as record low oil prices turned negative for the first time ever.

Trump indicated he was open to the idea at the daily White House briefing when a reporter asked him to respond to the proposal issued by some Republican lawmakers who represent hard-hit shale oil-producing states, where the global oversupply of oil coupled with decreased demand due to the COVID-19 pandemic have drastically accelerated layoffs.

“Right now, the highest number of Saudi oil tankers in years is on its way to our shores,” tweeted Sen. Kevin Cramer, R-N.D. “Given today’s crude oil prices, I call on President [Trump] to prevent them from unloading in the United States.”

Why it matters:  The new pressure to ban the oil from some within his own party indicates that the Trump-brokered Saudi-Russian agreement to end the price war earlier this month has not been enough to placate Republicans who had previously formed the last line of defense for the embattled kingdom on Capitol Hill. (OPEC and Russia had committed to cutting 9.7 million barrels of oil per day under the deal.)

For his part, Senate Armed Services Chairman James Inhofe, R-Okla., renewed his calls to place tariffs on Saudi oil in a letter to Commerce Secretary Wilbur Ross on Monday.

“Despite recently agreed to production cuts by Russia, Saudi Arabia and members of the Organization of Petroleum Exporting Countries (OPEC), the global oil market is still well oversupplied as the price of oil has failed to stabilize,” wrote Inhofe. “It remains clear that the Saudis and Russians continue to flood the global oil market in what I view as an effort to crush American oil and gas producers and capture their market share.”

Inhofe was instrumental last year in blocking provisions that would have ended US support for the Saudi-led coalition fighting in Yemen as part of a major defense bill. He also successfully removed a provision that would have sanctioned Saudi officials complicit in murdering journalist Jamal Khashoggi.

What’s next:  While Inhofe wants Trump to use Section 232 of the 1962 Trade Expansion Act to impose tariffs — just as the president has done with steel and aluminum — it was not immediately clear what executive authority Trump potentially would use to outright ban Saudi oil.