President Donald Trump on Tuesday bemoaned the oil price war between Saudi Arabia and Russia that has rattled energy markets and exacerbated coronavirus-related layoffs throughout the United States. 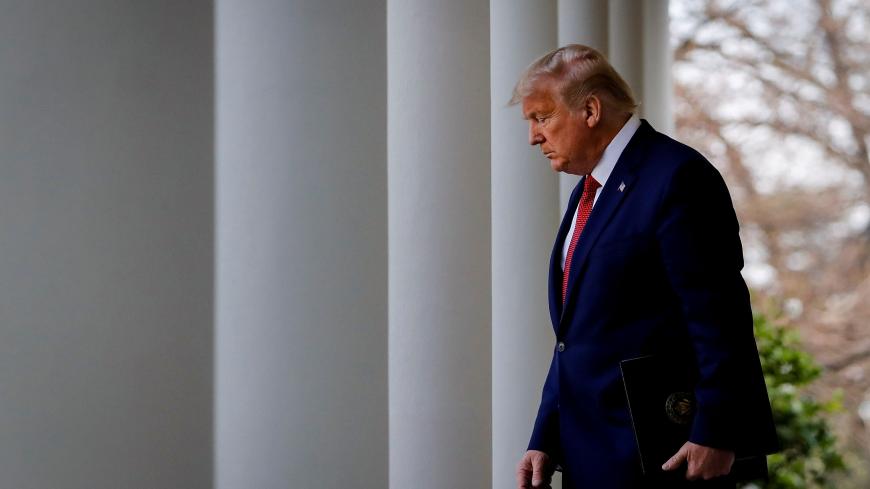 US President Donald Trump arrives for a news conference in the Rose Garden of the White House in Washington, DC, March 29, 2020. - REUTERS/Al Drago

President Donald Trump on Tuesday bemoaned the oil price war between Saudi Arabia and Russia that has rattled energy markets and exacerbated coronavirus-related layoffs throughout the United States. Saudi Arabia’s ramped-up oil output is also alienating many of its previously ardent defenders in Congress, who come from oil-rich states severely impacted by the feud with Russia.

Why it matters:  Trump’s comments came after he spoke with Sen. Kevin Cramer, a Republican senator from North Dakota — one of the hardest hit states — on Monday.

“We cannot tolerate having 2,500 troops and missile defense batteries protecting Saudi Arabia’s oil assets while they declare war on our oil assets in North Dakota and across the United States,” said Cramer.

To press his case, Cramer has assembled a group of 10 Republican senators from oil-rich states — all of whom are Iran hawks and have voted on multiple occasions to continue US support and arms sales for the Saudi-led coalition in Yemen. Cramer has called for withdrawing US military equipment and personnel from the kingdom and ending crude oil imports from Iran and Russia. He has also pressed the issue in a letter to Prince Mohammed. Secretary of State Mike Pompeo raised the issue separately with the crown prince earlier this month.

What’s next:  As their constituents continue to lose jobs, Saudi Arabia may no longer be able to count on the support of Republican Iran hawks to defend against ongoing legislative efforts to end US involvement in Yemen and sanction Saudi officials involved in the 2018 murder of journalist Jamal Khashoggi.

Know more:  Congressional correspondent Bryant Harris has the full story on the ramifications of the Saudi-Russian oil price war on Capitol Hill and in Washington. Also read Russia editor Maxim Suchkov’s in-depth report on the price war and listen to Cooper Klose and Phil Calabro discuss it in their Off the Hookah podcast.