President Donald Trump tweeted on Thursday that Russia and Saudi Arabia agreed to a compromise to end the ongoing oil price war after a discussion between President Vladimir Putin and Saudi Crown Prince Mohammed bin Salman. 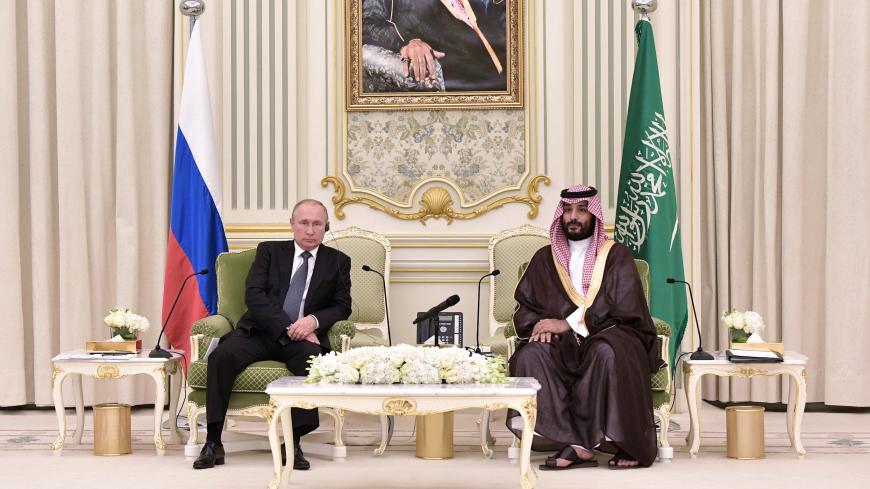 President Donald Trump took to Twitter on Thursday to claim that Russia and Saudi Arabia agreed to a compromise to end the ongoing oil price war after a discussion between President Vladimir Putin and Crown Prince Mohammed bin Salman. There’s just one problem — Russia is denying both the agreement and the fact that a call between Putin and the crown prince even took place.

Trump tweeted that he spoke to his "friend" — Prince Mohammed — and that he expects “they will be cutting back approximately 10 Million Barrels, and maybe substantially more which, if it happens, will be GREAT for the oil & gas industry!”

Putin’s spokesman, Dmitry Peskov, quickly denied that any conversation with the crown prince took place and noted that there aren’t any talks planned “so far.” The Saudi Embassy in Washington did not respond to Al-Monitor’s request for comment.

Why it matters: Trump has come under significant pressure from Republican senators in oil-rich states that have been severely impacted by the Russian-Saudi price war, resulting in significant layoffs exacerbated by the coronavirus pandemic. Sen. Kevin Cramer, R-N.D., has assembled a coalition of previously pro-Saudi Republicans to pressure Riyadh by threatening to end US military support for the kingdom.

Senate Armed Services Committee Chairman James Inhofe, R-Okla., and other Iran hawks have vowed to stop opposing anti-Saudi legislation on Capitol Hill targeting the kingdom over the Yemen war and the murder of journalist Jamal Khashoggi. Inhofe has also urged the Trump administration to place tariffs on Russian and Saudi oil for flooding the energy market.

“The president’s leadership here preserves our additional tools, including 232 [tariff] investigations, in the event that Saudi Arabia and Russia don’t adhere to the agreement,” Inhofe said in a statement.

What’s next: Inhofe also noted that he spoke with the Saudi ambassador to the United States today, Princess Reema bint Bandar. According to Inhofe, Princess Reema “affirmed that Saudi Arabia has called for an OPEC meeting to negotiate a resolution to global oil production and stabilize the global oil market.”

Know more: It’s hard to understate how much trouble the price war could spell for the US-Saudi security partnership. Check out Congressional Correspondent Bryant Harris’ in-depth story to understand why losing the support of these key senators could put Saudi Arabia in hot water.