Secretary of State Mike Pompeo, explaining the Donald Trump administration’s decision to provide $5 million in COVID-19 assistance to the Palestinians in place of $75 million appropriated overall, said US economic and humanitarian aid for the West Bank and Gaza is being cut in general because it was not reaching the people. 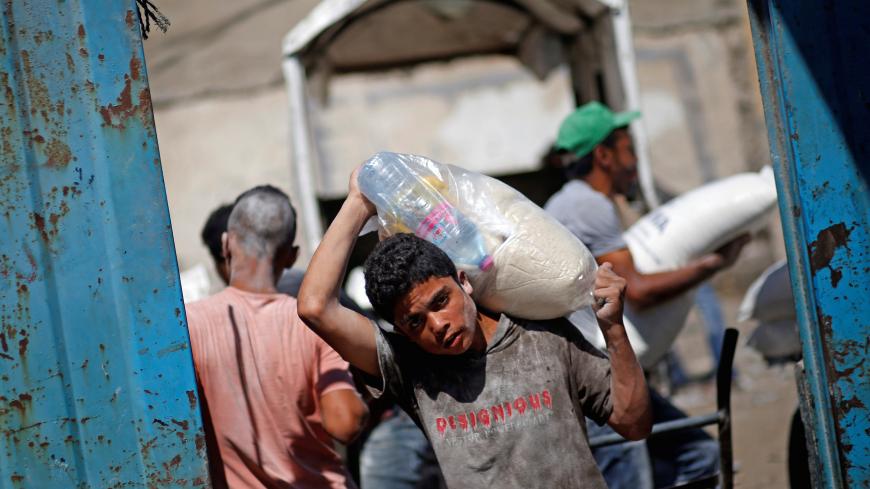 Secretary of State Mike Pompeo made a new argument today to justify the Donald Trump administration’s elimination of nearly all economic and humanitarian aid for the West Bank and Gaza.

“The reason we stopped providing assistance previously was that these resources weren’t getting to the place they needed to — to the Palestinian people,” Pompeo said at a press briefing after a reporter asked him about the lower amount of aid. “We hope that this money, this $5 million, will get where it needs to go to provide real assistance to the Palestinian people, who to your point, which I agree with, are going to need a lot of help as they move through this.”

Jim Richardson, the director of US foreign assistance resources, noted that the $5 million would go to bolstering Palestinian hospitals battling the COVID-19 pandemic. The aid that the Trump administration eliminated in 2018 included $25 million in funding for the East Jerusalem Hospital Network — six hospitals that provide specialized medical services for Palestinians.

Why it matters: Pompeo presented no evidence that US assistance for the West Bank and Gaza was not reaching the Palestinian people. The United States provides no direct budgetary support for the Palestinian Authority, and USAID — its foreign assistance agency — had worked with nongovernmental organizations to implement its aid programs on the ground in the West Bank and Gaza.

“There never was a legitimate policy justification for the Trump administration to cut off aid to the Palestinians,” said Joel Rubin, the former deputy assistant secretary of state for legislative affairs in the Barack Obama administration and a former campaign adviser to Bernie Sanders. “But at least when it was done, the window dressing used to justify the cut was that it would help move the peace process forward. Now that that assertion has been proven demonstrably false, Secretary Pompeo appears to be looking for new excuses to retroactively justify this catastrophic aid cut.”

What’s next: Pompeo did leave open the possibility that the United States would provide more COVID-19 assistance to the Palestinians.

“We’ll evaluate whether this $5 million both worked — delivered — and second if there’s more resources there that are either appropriate or can be delivered that actually gets to the Palestinian people,” said Pompeo.

Know more: Congressional Correspondent Bryant Harris did some math and found that the Trump administration’s recently announced COVID-19 aid for Palestinians and Yemenis falls significantly short of what Congress appropriated in overall aid for this fiscal year.