Kurdish authorities in northeastern Syria have launched an initiative to determine what has happened to the forcibly disappeared and those detained by the various parties to the conflict in Syria. 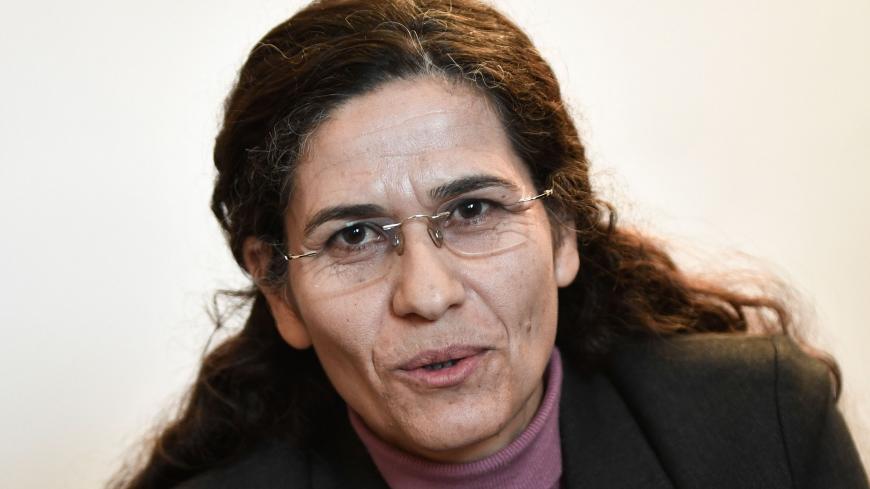 One of the two top political leaders of the Syrian Kurdish alliance and co-chair of the Syrian Democratic Council Ilham Ahmed delivers a speech during a press conference, in Paris, on Dec. 21, 2018.

HASAKAH, Syria — Human Rights Watch (HRW) recently welcomed an initiative launched by the Syrian Democratic Council (SDC), a civil committee of Kurds, Arabs and Assyrians in the semi-autonomous region of northern Syria, to determine the fate of individuals kidnapped and detained in Syria.

“Families who have long waited for answers to what happened to their missing loved ones will be buoyed by this announcement,” said Michael Page, deputy Middle East and North Africa director at HRW, on April 21. “Local authorities and the US-led coalition should do everything in their power to ensure that the working group has the support it needs to get these answers.”

The SDC had announced the initiative at an April 4 press conference in Qamishli. Ilham Ahmed, president of the SDC’s Executive Committee, delivered remarks, stating, “The initiative requires hard work and a responsible attitude in a bid to end political, human, social and economic suffering. We should also take into account that any political solution begins with confidence-building measures. Such measures start with the release of all detainees and abductees, the disclosure of the fate of the missing and forcibly disappeared individuals and the fair prosecution of those who committed war crimes and terrorist acts.”

The committee tasked with following up on the issue consists of legal professionals, civil society activists and relatives of the missing. It will engage local and regional organizations and institutions in collecting data on arrests, detentions and disappearances.

Ahmed told Al-Monitor, “The committee tasked with the issue of the kidnapped will coordinate with committees made up of families of the disappeared, arrested and missing individuals across Syria. It will also coordinate with other relevant international and local organizations in a bid to put pressure on the detaining entities and kidnappers to release them. What has happened to the missing individuals will be revealed through official data issued by the concerned authorities.”

Ayham Saker, a member of the new SDC committee, told Al-Monitor, “We sent messages to Syrian organizations and entities working in the same field as well as international organizations, including the office of the UN special envoy to Syria, Geir Pederson. In the coming days, we will send similar messages to various countries involved in Syria, such as Russia, Iran, Turkey and the United States, as well as the Damascus government, in order to facilitate our work in finding out about what happened to the disappeared and detainees in all of Syria.”

Perivan Jamil, from Kobani, told Al-Monitor, “My husband was kidnapped five years ago by the Islamic State [IS] on his way back from Aleppo to Kobani, and his fate remains unknown to date.”

Aqid Barakhdan, a fighter from the Kurdish-led Syrian Democratic Forces (SDF) who took part in battles against IS, told Al-Monitor, “After we liberated IS-controlled cities, we did not find any detainees in IS prisons,…and residents of these cities told us that IS was carrying out field execution operations, often collective ones, against the prisoners and those who violated IS instructions.”

Ahmed Tjou, displaced from Afrin and currently residing in the city of Hasakah, said that his son Luqman is being held by an element of the Syrian armed opposition that has occupied Afrin since March 2018.

“The Hamza Division militants kidnapped my son one month into their control of the city,” Tjou said. “They asked for a ransom of $20,000, which I did not have, so I escaped with my family from Afrin to Hasakah for fear that more of us would be kidnapped. To this day, I still do not know the fate of my son.”

On April 5, the autonomous administration in northeastern Syria registered its support for the SDC initiative in a statement circulated on local media. It also expressed its willingness to open its prisons to the competent committee. It noted that it had repeatedly allowed the International Red Cross and HRW to visit its detention facilities and said that the people it holds are IS militants accused of crimes against civilians.

Rana Habash, a human rights activist on the Raqqa civil council, affiliated with the autonomous administration, told Al-Monitor, “The outbreak of the coronavirus epidemic has fueled fears about the fate of prisoners and detainees in the cells of the Syrian regime and the Syrian armed opposition given the fragile health system, drained by nine years of war. Also, there is a high, alarming number of IS detainees of various nationalities in the autonomous administration prisons. While their governments evade their responsibilities in [refusing to repatriate them], the Kurdish administration cannot protect prisons overcrowded with dangerous people who seize any opportunity to escape.”

On March 29, IS detainees rioted at a prison run by the SDF in Hasakah, taking control of the entire ground floor of the facility, as 12 militants attempted to escape. The SDF managed to regain control of the situation the following day. According to HRW, the SDF is detaining about 12,000 IS militants, with 2,000 to 4,000 of them coming from around 50 countries.

On March 30, Amnesty International (AI) called on the government in Damascus to release detainees it holds and to cooperate with UN agencies and humanitarian organizations to prevent the spread of coronavirus in its jails. Lynn Maalouf, AI’s Middle East research officer, remarked, “All prisoners of conscience — political activists, human rights defenders, and others imprisoned solely for peacefully exercising their rights — must be immediately and unconditionally released.”

AI reported that based on UN statistics for 2019, some 100,000 people are have been forcibly disappeared and currently detained in Syria. 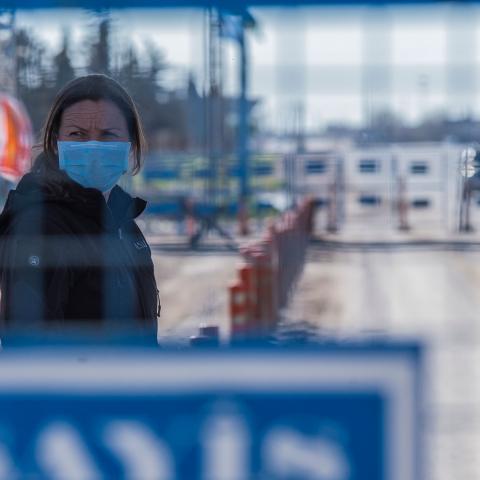 Syrian Kurds designate graves for those who die abroad 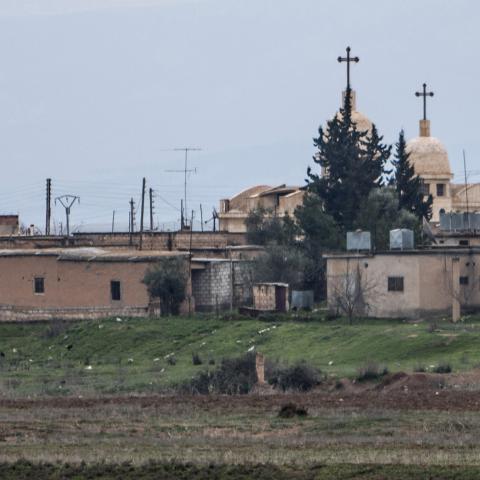 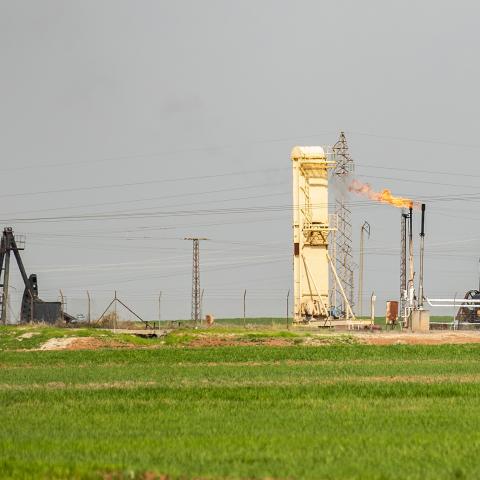