A sexual assault on a mentally disabled Kurdish woman in a predominantly Turkmen town has shocked and outraged people across Iraq. 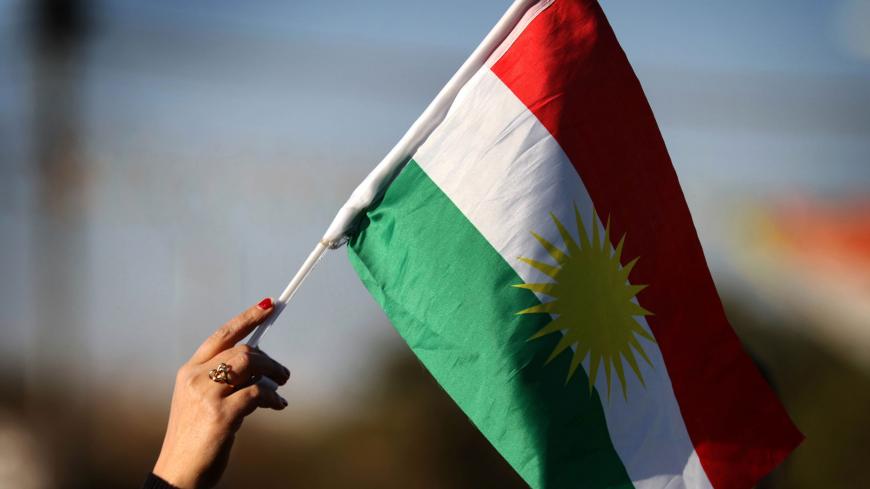 The sexual assault of a disabled Kurdish woman near the Altun Kupri checkpoint in northern Iraq cast a shadow on relations between ethnic groups in the region and raised concern among women's groups who fear that sexual assaults are increasing in the region.

The victim, whose name has not been publicized and whose face is blurred in media reports, is a 40-year-old woman who is mentally handicapped. Though she has been moved to a shelter in Erbil according to Kirkuk news outlets, she lived with her husband in Altun Kupri, a town also known as Prde on the Kirkuk-Erbil border. Her husband, a Turkmen, is also disabled and in his 70s.

The rape occurred on April 1 and became notorious because the men who assaulted the woman filmed the crime and posted the video on Facebook. The footage shows a policeman and another man believed to be a member of the Popular Mobilization Units (PMU). The fact that the two are Turkmens has brought an ethnic dimension to the case.

Massoud Barzani, head of the ruling Kurdistan Democratic Party (KDP), said in an April 10 statement that the crime had tarnished the dignity of all Kurds. He called on the Iraqi federal government as well as the Kurdistan Regional Government (KRG) to conduct a total and joint investigation. The Kurdish Regional Parliament also called for a quick and efficient inquiry into the assault.

On April 11, Lt. Gen. Saad Harbiya, commander of military operations in western Baghdad, said at a press conference that two men had been arrested and handed over to the Kirkuk police force, and that legal action was pending.

But the police would give no details on the men's identities. Al-Monitor contacted Kirkuk police spokesperson Afrasyaw Kamil and PMU spokesperson Muhanad al-Akabi, but they did not respond. Kamil told Rudaw that the two persons seen in the video posted online have been arrested and that one of them is a police officer, as earlier reports indicate.

There were reportedly other assailants who were not seen on the screen. “As of now, eight people have been arrested in relation to the case. During the investigations, they admitted to their crimes, and arrest warrants have been issued for six other persons,” Dilan Ghafoor, a Kurdish lawmaker from Kirkuk in the Iraqi Parliament, told Al-Monitor. “One of the assailants is affiliated with the Turkmen Brigades," a branch of the Iranian-backed PMU. "More suspects may be arrested as investigations continue. We will monitor the inquiries and will not let anyone distort the issue along ethnic lines. Such crimes are committed in every community.”

Abu Raza Al-Najar, spokesperson for Northern Front of the PMU, denied that any of the perpetrators had links to the PMU at a press conference April 12.

“We, as Erbil volunteer lawyers, visited the Prde court and saw all the documents related to the case. The case is expected to be sent to the Kirkuk criminal court by next week,” Aso Hashim, a lawyer leading a team of volunteer lawyers from Erbil, said last week. “Two suspects are arrested and charged under Article 393 of Law No. 111 of 1969 of the Iraqi penal code on sexual intercourse against consent. Since they admitted to their crime and because of the aggravating circumstances, no other proof is needed to convict them. They could be sentenced to life imprisonment or even death."

Hashim, contacted again by Al-Monitor on April 20, said that the number of suspects had reached 21, including a woman allegedly involved in prostitution. "10 men have confessed that they raped the disabled woman," he said, adding, "The investigations are ongoing and they will reveal whether it was a case of rape or prostitution." He indicated that the mentally unstable woman had been pushed into prostitution by her husband, who has been arrested on charges of humiliating his wife, meaning he had sent her to the men who assaulted her and filmed it.

The sexual assault case has sparked a debate on whether the local authorities could have done more to protect the disabled woman by putting her in a shelter, as it was clear that she could not care for herself. Ghafoor said the administration of Kirkuk is to blame for not protecting the family properly. But Aryan Ahmed, a spokesperson for the KRG Ministry of Labor and Social Affairs, told Al-Monitor that the authorities are supporting the victim through all means available and she has been taken to a shelter.

The Iraqi government and the United Nations have been cooperating on a national strategy to combat violence against women since 2018. However, women’s rights organizations maintain that domestic violence against women is increasing across Iraq, including the Kurdistan region. According to data from the General Directorate for Combating Violence against Women and Family, a branch of the KRG Interior Ministry, within the first half of 2019, 112 women have been killed or committed suicide, and there were 47 cases of rape and sexual assault.

Malak Haider al-Zubaidi died April 19 of severe burns after she was hospitalized in the southern Iraqi city of Najaf. According to local media reports, her husband Mohammed Al Mayahli, a police officer, allegedly set her on fire. Horrific footage of her screaming in the hospital about “unbearable pain” caused outrage on social media.

These assaults also include gang rapes. Lavan, an eight-year-old Kurdish girl, was abducted last April from her school and gang raped in downtown Erbil. The police arrested three suspects, but they were freed on bail in June. Lavan's father Luqman Ismail said at a press conference that members of the police had threatened to kill him if he did not drop his charges against the suspects. Ismail identified one of the perpetrators as the bodyguard of an influential KDP official and accused the judges of letting him off the hook.

KRG Prime Minister Masrour Barzani ordered the three accused persons re-arrested as well as two other assistants, reassuring the father that no one can escape justice.

In June 2019, a court in Duhok sentenced a man to death for killing a 10-year-old girl after attempting to rape her.

Shirin Kawa Garmiani, a lawmaker in the Kurdistan parliament and a member of the women’s rights legislative committee, told Al-Monitor, “We hope the judiciary will play its independent role in bringing the wrongdoers, whoever they might be, to justice.”

There are many factors behind the culture of violence against women and children in Iraq. Many social, economic and political hardships are the result of decades of devastating wars, internal unrest and economic sanctions in the country.

“Those who assault women are psychologically sick,” Kurdish sociologist and journalist Latif Hussein told Al-Monitor. “Unfortunately, in Iraq and the Kurdistan region, the inefficiency judicial institutions creates a bad social environment where such heinous crimes are encouraged because assailants think they can get away with it.”