Ahead of the prospect of a high budget deficit in 2020, assets held by the State General Reserve Fund (SGRF) plunged by about a third to $14.3 billion. 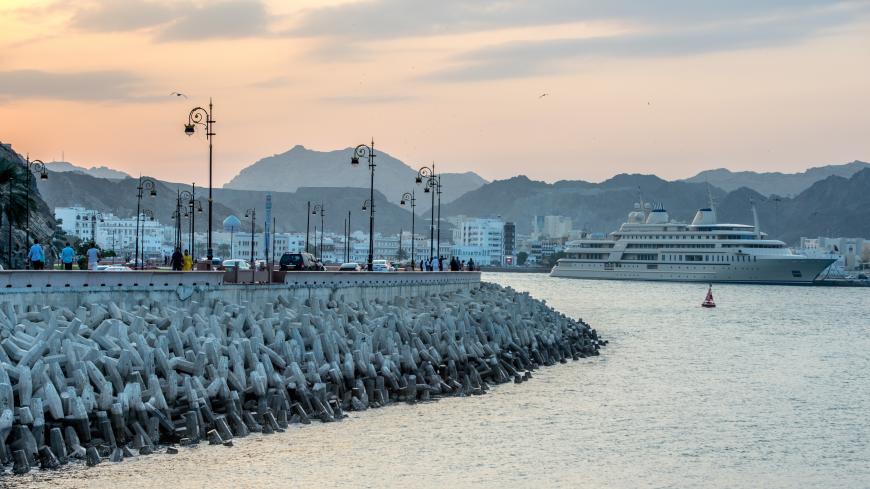 Estimated at $21.4 billion at the end of 2019, assets held by Oman’s largest sovereign wealth fund have decreased by about a third to $14.3 billion, according to updated data released by the Sovereign Wealth Fund Institute (SWFI) in the second half of April 2020. At the time of publication, Al-Monitor could not confirm the exact reason for this drop, expectedly related to budgetary support and losses in asset value.

Fitch Ratings recently indicated Oman could deplete the State General Reserve Fund (SGRF) by “over $5 billion” to finance budget deficits. “It is not really on the agenda, but everything moves very quickly,” a source familiar with the matter told Al-Monitor earlier this month.

But the double shock caused by the coronavirus pandemic and plunging oil prices is leaving the indebted Gulf state with fewer options to finance its soaring 2020 annual budget deficit.

“Oman does not want to pile up too much debt,” said Fabio Scacciavillani, former chief strategist at the Oman Investment Fund, the country’s second-largest sovereign wealth fund.

Is Oman mortgaging its future?

Founded in 1980 by a royal decree, the SGRF was first conceived as a financial reserve to cover potential losses and secure public finances. “This money was saved exactly for this kind of emergency, so time might have come to use it,” Scacciavillani told Al-Monitor.

Yet, SGRF’s current assets are insufficient to fund the budget shortfall for years in the row. “Without any foreign funding this year, SGRF assets are likely to be depleted by 2021, even taking into account further fiscal reform and recovering oil production.”, Fitch predicted.

Omanis who talked to Al-Monitor said there is little public debate about the management of SGRF assets or the risk of depletion; others acknowledged it could be a "painful necessity."

In the coming years, the perspective is bleak given that no budget surplus is forecasted until at least 2023. A lack of demand for oil caused by the coronavirus outbreak worsens the situation — the hydrocarbon industry accounts for about three-quarter of the government’s annual income.

“Even assuming that travel restrictions are eased in the second half of the year, we expect that global oil demand in 2020 will fall by 9.3 million barrels a day versus 2019, erasing almost a decade of growth,” the International Energy Agency said in April.

“If you try to address with a finite amount of money a permanent problem which requires a decisive change, you only delay hard choices. De facto, you only buy time,” Scacciavillani said, referring to the need for structural reforms to foster economic diversification.

Oman’s Ministry of Finance did not reply to Al-Monitor’s request for comment.

Beyond the prospect of a future economic diversification, the Omani economy remains hydrocarbon-dependent, which might become unsustainable in the long term as the world is “gradually moving away from oil,” the International Monetary Fund said in a report.

In this context, the second objective pursued by the SGRF is to support government efforts in diversifying long-term income resources, "funding for future generation," it writes.

Headquartered in Muscat, the state-owned entity invest in emerging and developed markets across more than 35 countries with an annual return on investment over 7%.

According to SGRF’s website, its portfolio includes government bonds, private investments and public assets across 10 economic sectors that can "easily be converted into cash any time." The fund also partners in joint ventures in Vietnam, India, Uzbekistan and Brunei.

“They [Gulf sovereign welfare funds] could play the role of diversification instruments for the governments of the region,” Saidi said during a virtual panel discussion hosted by the Washington-based think tank Arab Gulf States Institute on April 7.

According to Scacciavillani, however, drastic improvements in the business and legislative environment should drive economic diversification, not only the amount of investment sovereign wealth funds can inject into it. “A major big bang approach would be desirable if you want to provide a powerful impulse and jump-start the Omani economy,” he said.

As Oman’s precarious fiscal situation deteriorates, further depletion of the SGRF could become a necessity, yet, only a short-term relief waiting for structural reforms to take effect.