NGO: Most refugees in Lebanon lack soap after refugee tests positive for coronavirus

The International Rescue Committee's survey was released after a Palestinian refugee in Lebanon tested positive for the virus. 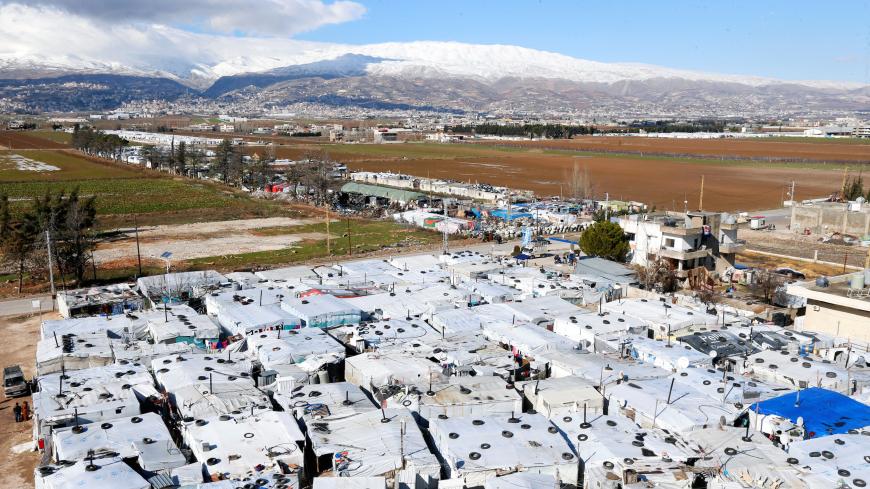 A general view of tents at a camp in Bar Elias, in the Bekaa Valley, Lebanon, Jan. 13, 2020. - REUTERS/Mohamed Azakir

The International Rescue Committee (IRC) said that most refugees in Lebanon lack access to soap.

The nongovernmental organization found in a recent survey that 73% of refugees in Lebanon “lacked soap and other hygiene items,” according to Matias Meier, the IRC's Lebanon country director.

This comes after the first confirmed coronavirus case in a refugee camp was recorded in Lebanon.

“They are extremely worried about what is going to happen to them over the coming weeks,” Meier said in a statement.

Lebanese authorities discovered the first confirmed coronavirus case among its large refugee population on Wednesday when a Palestinian refugee woman in the eastern Bekaa region tested positive for the virus. Lebanon has more than a million Syrian, Palestinian and other refugees, many living in camps with poor living conditions.

Refugees in Lebanon have feared an outbreak in their community from the beginning of the virus’ spread, with some telling Al-Monitor they are unable to afford hand sanitizer and other necessities.

Meier said that refugees in informal dwellings are not able to practice physical distancing, rendering them at risk.

“In the informal settlements, people’s homes are so closely packed together that it simply isn’t realistic for them to practice social distancing,” he said.

Meier also said that 61% of the refugees polled said they feared eviction and 87% said getting food is a concern.

“Many have been completely cut off from their sources of income and are struggling to pay their rent,” he said.

The IRC is conducting a fundraising campaign to assist Lebanon’s refugee community.

Lebanon is currently under a curfew aimed at stopping the spread of the virus.

The latest statistics on April 23 from the Lebanese Ministry of Public Health indicate 688 confirmed coronavirus cases in the country. There have also been five new cases recorded in the past 24 hours.