How a falafel shop owner may have accelerated Israel's unity government

A falafel vendor's tearful account in a TV interview about his livelihood and how he has been personally affected by the coronavirus pandemic has resonated across the country, so much so that it shook Benjamin Netanyahu and Benny Gantz into action. 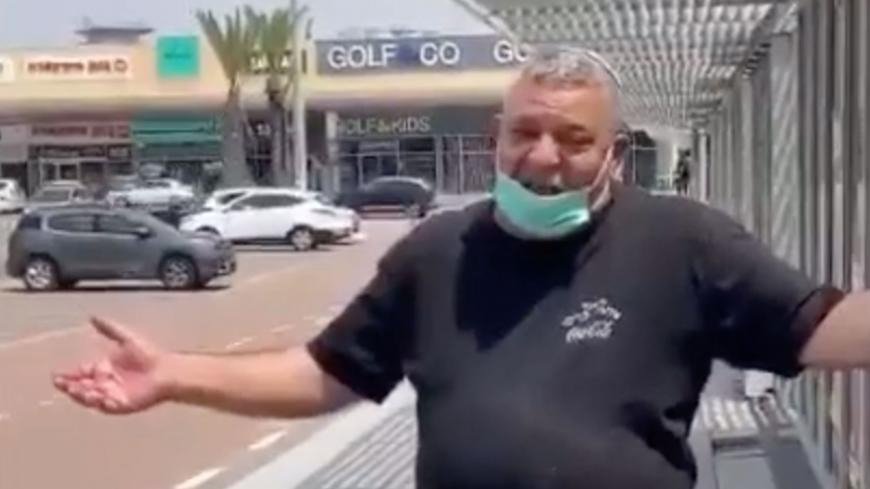 Yuval Carmi, a falafel vendor, gives an interview about how the coronavirus has affected him, seen in a still from a video uploaded April 21, 2020. - YouTube/+972 Magazine

Did a falafel vendor from Ashdod push Israeli Prime Minister Benjamin Netanyahu into signing a unity government agreement with Blue and White party leader Benny Gantz? What is certain is that the April 19 interview Channel 13 broadcast with a falafel shop owner named Yuval Carmi —devastated financially by the coronavirus pandemic — made waves throughout Israel and went viral on social media. Carmi told viewers that he can no longer feed his children, potentially making Netanyahu realize that if the economic crisis continues, he himself could collapse politically.

Netanyahu served as finance minister between 2003 and 2005, so he perfectly understands the political force of an angry, unemployed and bankrupted public. Netanyahu also knows that the Israeli economy was hit hard by the coronavirus and won’t bounce back easily. More than 1 million Israelis are currently unemployed, most of them losing their jobs in recent weeks following the government’s decision to shut down businesses. One million unemployed is the highest rate ever registered in Israel, and Netanyahu bears the responsibility.

When serving as finance minister, Netanyahu championed a bold economic recovery program that hit the weaker populations significantly, many of whom were traditional Likud supporters. These voters took their revenge in the 2006 elections, abandoning the party Netanyahu headed. The all-time low electoral gains of the Likud — only 12 Knesset seats – are not something that Netanyahu would easily forget. Since then, he has been careful not to economically harm his voters, many consisting of those from lower socio-economic classes.

Carmi turned into a symbol of coronavirus victims. Political pundits described his interview as a watershed moment that could unify the people. On that day, independent entrepreneurs demonstrated in front of the Knesset, saying the Netanyahu government abandoned them. The demonstration only aggravated sentiments within the public that the coronavirus economy recovery plan presented by the premier offers no solutions for independent business owners facing financial collapse.

On the day of Carmi's interview, Netanyahu kept refusing to sign a unity government agreement with Gantz, generating additional criticism for preferring his personal interests to the state’s. Gantz posted on his Twitter account the interview with Carmi, jabbing at Netanyahu that the "heartbreaking words of Yuval Carmi should serve as a warning sign for us, leaders of the public … millions of Israelis will not forgive the one who will drag them to elections in these difficult times, only to get his hands on more Knesset seats."

Evidently, Netanyahu realized the potential electoral damage he was facing and called Carmi personally the day after the interview. "I saw you yesterday [on TV] and you touched my heart. And I’ll help you. We’re going to help everyone. You have reached deep into my heart and the hearts of Israeli citizens," said Netanyahu, promising that they will overcome the crisis together.

A few hours later, the coronavirus emergency government was established.