Israel and Turkey, first signs of warming up?

The recent publication over Turkey selling to Israel medical equipment to fight the coronavirus could signal a small, yet significant warming up of relations. 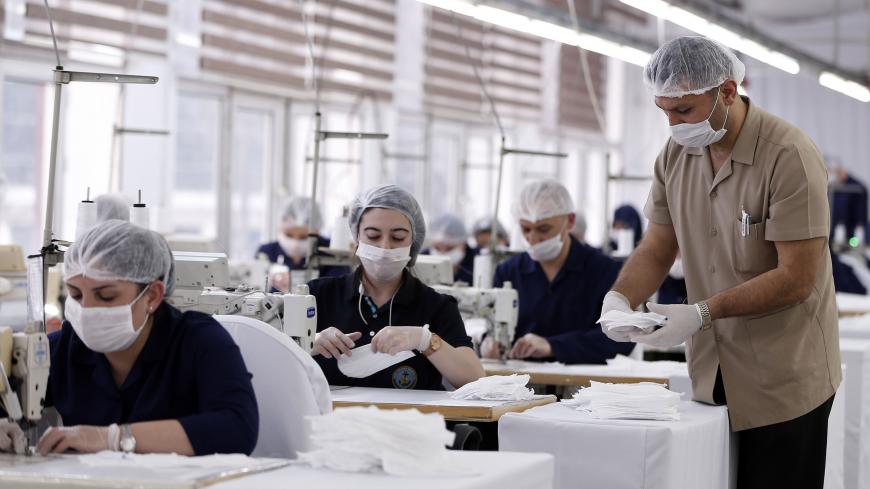 Reports on April 12 stated that Turkey has officially confirmed it will supply Israel with medical equipment, such as face masks, protective suits and sterile gloves, to fight the coronavirus outbreak. The equipment is expected to be shipped to Israel in the coming days, perhaps already on April 16, together with a similar shipment of medical equipment destined for the Palestinian Authority (PA) in the West Bank.

News of the shipment was first published by Bloomberg on April 9, instigating a multitude of unofficial reactions in Israel. The Foreign Ministry in Jerusalem has refused categorically to comment, though medical shipments from other countries such as the United States and China were celebrated with updates from the ministry’s spokesperson and associates in Prime Minister Benjamin Netanyahu’s office. Such was the case with a shipment of 1 million masks supplied by the US Department of Defense.

Turkish sources described the double shipment to Israel and the PA as a humanitarian gesture. But a source in Israel’s Foreign Ministry told Al-Monitor that the transfer of medical equipment from Turkey was commercial in nature and advanced by private actors. On the other hand, the Turkish confirmation on April 12 made it clear that the transfer of these masks and gloves was indeed sanctioned by the office of President Recep Tayyip Erdogan.

So why the confusion? Several elements could explain these different diplomatic versions. Erdogan has long portrayed himself as defender of the Palestinians and the Palestinian cause, so it was only natural for Ankara to propose its help to the residents of the West Bank in fighting the coronavirus. Apparently, Israel’s willingness to facilitate the humanitarian shipment to the PA generated satisfaction in Turkey, hence the offer to ship such material to Israel, too. And while Israeli bodies might well be paying privately for this equipment, the very fact that Erdogan did not rebuff this news — nor the deal itself — speaks volumes.

On the Israeli side, Jerusalem might be reluctant to credit Erdogan with battling the virus that causes COVID-19. But the picture seems to be more complex. With the deterioration of bilateral ties over the past decade, Israeli diplomats consider every step forward, as small as it may be, as extremely fragile and sensitive. For Jerusalem, the less publicity the better. To that we might add Israel’s expanding ties in recent years — mostly in the energy field — with Greece and Cyprus, as counterbalance axis to Turkey. News of Jerusalem and Ankara cooperating would surely stir some concerns amid Israel’s new allies.