Israel to require people to wear face masks in public

Israelis prepare to observe Passover under a curfew after the Israeli government issued new restrictions due to the coronavirus pandemic. 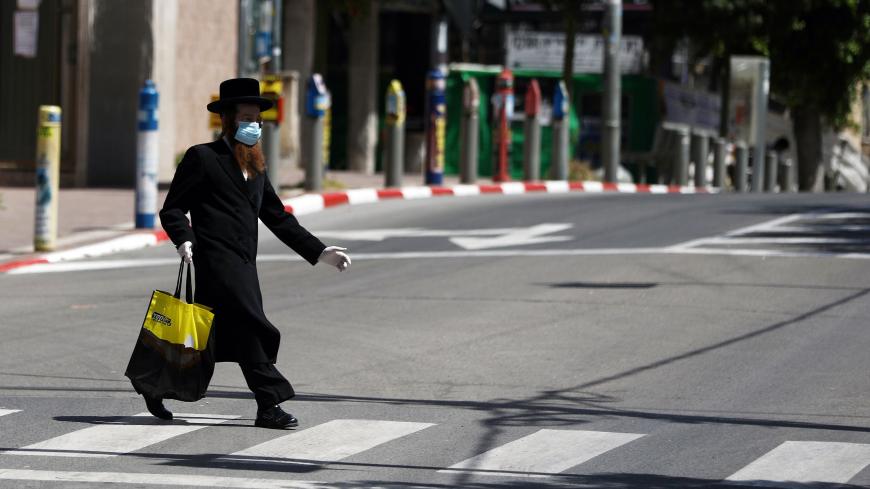 To limit the spread of the coronavirus, Israelis will be required to wear face masks outdoors under new orders greenlit by the government on April 7.

Beginning April 12, all Israelis leaving their homes should use masks or cloths that cover their nose and mouth. Men who grow beards for religious purposes will have the option of custom-made masks that will allow them to keep their facial hair, Health Ministry Associate Director-General Itamar Grotto said April 6.

Israelis driving their cars, who are alone in a building or whose coworkers they see on a regular basis do not have to wear a mask in those circumstances. Children under the age of 6 and those with certain medical or mental conditions are also excluded, reports The Times of Israel.

The research is limited on whether face masks used by the general public will help stop the spread of COVID-19. The World Health Organization recommends only wearing one if taking care of a person suspected of having the coronavirus.

The US Centers for Disease Control and Prevention (CDC), however, is now encouraging Americans to use cloth face coverings in crowded places such as grocery stores.

The mask directive in Israel comes as the number of people infected with the coronavirus in the country passed 9,000. Three more people died, the Health Ministry said April 7, bringing the total number of virus-related deaths to 60.

In another attempt to contain the virus, Israel’s Cabinet approved April 7 a countrywide curfew and added new restrictions on movement ahead of the Jewish Passover holiday. Beginning the evening of April 7, Israelis are ordered to stay in their communities through April 10, with the exception of a brief period on the morning of April 8 set aside for shoppers to pick up items for their Passover meals.

On April 7, the Cabinet approved a seven-day partial closure of eight cities and 15 Jerusalem neighborhoods, mostly ultra-Orthodox urban centers that have become coronavirus hubs. Authorities had previously locked down Bnei Brak, a majority-Orthodox town east of Tel Aviv with the second-highest rate of infections in the country after the capital city of Jerusalem.

The Knesset, meanwhile, approved an amendment April 7 that will increase the government’s 2020 budget to help fund a $25 billion rescue package meant to offset the economic impact of the coronavirus.