Blue and White party leader and Knesset Speaker Benny Gantz will advance legislation preventing an indicted politician from becoming premier if Netanyahu doesn't agree to a unity government by April 20. 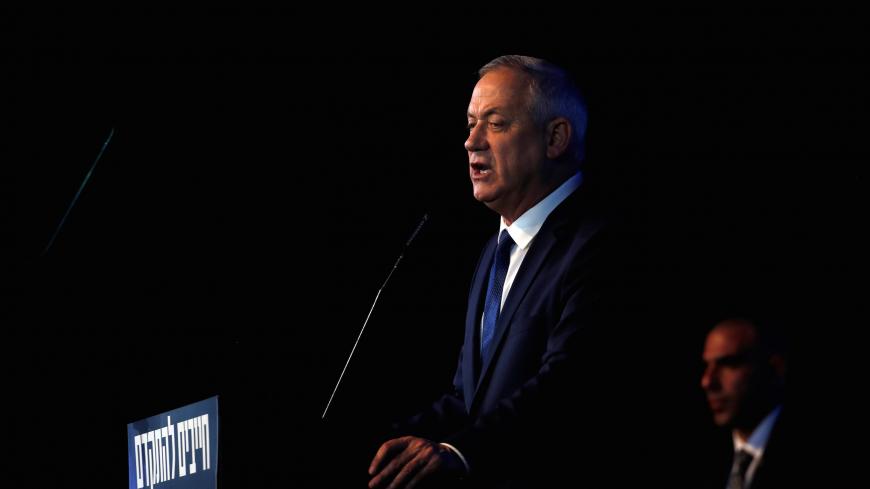 Blue and White party leader Benny Gantz presented Israeli Prime Minister Benjamin Netanyahu with an ultimatum the afternoon of April 16: If Netanyahu does not sign an agreement for a unity government by April 20, Gantz will advance legislation preventing an indicted politician from composing a government.

If the legislation became law, this would end the current premier's prospects for remaining in the post, since he was indicted on charges involving corruption, breach of trust and fraud earlier this year.

Gantz decided to take matter into his own hands early April 16 and not wait for Netanyahu to change his mind after coalition talks hit another dead end. According to reports, Gantz was under the impression that Netanyahu actually seeks a fourth election, after three previous rounds have yet to lead to the formation of a government.

Thus, Gantz convened his Knesset faction for a special meeting, updating his colleagues on details of the talks held between himself and Netanyahu over the past three weeks. According to a Blue and White source speaking on condition of anonymity, Gantz made it clear that he won’t sit idly and wait for the premier. "I will turn the Knesset operational on Monday," the source quoted Gantz as saying; the source said the Blue and White chair would enable votes on legislative proposals targeting Netanyahu.

This move by Gantz reflects his assessment that with Netanyahu heaping obstacles on the way to an agreement, the probability is high for fourth elections. A source who participated in the coalition talks told Al-Monitor on condition of anonymity that Netanyahu made considerable progress in the negotiations, but the prevailing feeling is that "he stalls on purpose. Each time progress is made, he finds another clause to disagree on."

The current source of disagreement is a demand by Netanyahu to include a clause enabling a high court ruling to be bypassed if and when the court disqualifies Netanyahu from serving as vice premier in the second period of the rotation agreement when Gantz takes over as prime minister. Gantz refuses to include such a clause, explaining that chances of such a disqualification happening are slim and that any such legislation would hurt the authority of the court.

On the backdrop of these developments, Netanyahu invited Gantz for a meeting the night of April 16; this invitation was declined by Gantz. "Meetings between Netanyahu and Gantz are really good on the personal level, but after three weeks of talks, this is not enough. We made many concessions, but we also have red lines," said the Blue and White source.

Given all that, Blue and White has started preparing for a potential fourth election campaign. Netanyahu will have to make up his mind by April 20, because the unity-government agreement being shaped requires amending some of Israel’s Basic Laws; this is a three-week process for the Knesset plenum. If the Knesset does not present a majority-supported candidate within 21 days, it will be dispersed automatically and new elections will be announced.