Coronavirus inflections in Iraq are decreasing, prompting the government to gradually ease the curfew and lockdown. 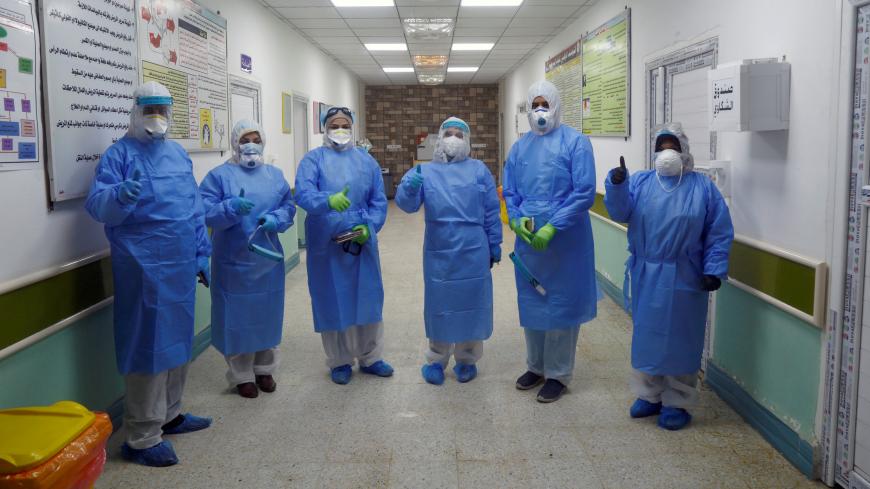 BAGHDAD — Iraq is preparing to ease its confinement measures as the number of COVID-19 infections in the country lessens, despite challenges to the health system and measures relating to the diagnosis, quarantine, treatment, and body disposal.

The number of confirmed cases hit 1,677, with 83 deaths April 24, with figures pointing at a continued decline for the third week. So far, 1,171 people have recovered, and 423 are still in the ICU, which also points toward a higher recovery rate among the new confirmed cases.

Hassan Khalati, a member of the Iraq parliament crisis cell, said April 20 that “Iraq is ranked third in the world with a 60% recovery rate,” adding that “the cases have been on the decline, and recovery is on the rise compared to the infections.”

The Health Ministry announced April 22 that “no new death cases were recorded for the second day in a row in Iraq, which shows a clear improvement in the disease outbreak.

Based on that, the authorities reduced curfew hours. The Higher Committee for Health and National Safety, which is tasked with combating COVID-19, said April 19 that the curfew will be partially lifted during Ramadan, from 6 a.m. till 7 p.m.

The Kurdistan region is also trying to normalize life after more than a month of lockdown. The situation is improving despite shortages in testing and medical equipment. Yet multiple countries and organizations contributed support to Iraq's health care system by providing equipment and supplies.

The United States and the World Health Organization (WHO) gave Iraq assistance in this regard.

Also, Chinese experts arrived in Iraq, along with modern equipment, including a pulmonary X-ray for the early diagnosis of COVID-19, and lab supplies. The supplies and equipment arrived in batches, most recently April 21.

The Health Ministry set up on-site testing posts to ensure there are no potential infections in Baghdad and other provinces. Al-Monitor observed that these tests are done randomly.

Dr. Hala Qahtan, a family doctor in Bayya medical center in Baghdad, told Al-Monitor that the hospitals’ response to suspected cases is swift. They require patients to take two different tests within 48 hours to see if they need to be placed in isolation. All the measures are in accordance with WHO standards, she added.

Khalati indicated that Iraq is heading toward a full recovery with the above-mentioned measures.

“The bed occupancy rate did not exceed 20% of the available capacity, which means that we are still in control of the situation. Yet we seek additional precautions in order to continue to be able to have control over the situation in case of contingency,” Khalati said.

Commenting on the quarantine measures, Dr. Muslim Taleb Tamimi of Ibn El-Khateeb Hospital, where COVID-19 patients are treated and isolated, said the hospital has enough tests and rooms for new patients. Also, the Medical City allocated one of its buildings for the treatment of COVID-19 patients, and two hotels were leased, including Baghdad Hotel, to house those who have been in close contact with confirmed cases.

Al-Monitor learned from a security supervisor at the Baghdad airport, Tahsin al-Baldawi, that all Iraqi citizens who return to the country are tested and those infected are escorted to the isolation center.

Tamimi said treatment measures are in line with WHO standards and that there are ongoing patrols to monitor those quarantined at home or receiving treatment in hospitals. He said that the doctors are treating COVID-19 symptoms as much as possible given that there is no cure or vaccine.

Commenting on the handling of dead bodies, Dr. Hala Kahtan noted that they are disinfected and placed into three bags, and then into iron boxes before burial in two-meter-deep soil.

The Al-Abbas Shrine is also enshrouding the dead bodies and ensuring a safe burial. It allocated a place at the Wadi al-Salaam cemetery in Najaf for the burial of COVID-19 victims. The authorities have prohibited public gatherings during funerals, only allowing nuclear family members to be present.

Based on the above-mentioned indicators, one can say that Iraq has control over the outbreak, with a lower number of deaths and many cases of recoveries over the past three weeks. Yet medical staff warn that cases could increase if Iraqis do not respect the quarantine and curfew.

Ending COVID-19 in Iraq would be an important precedent in the region and a historical achievement, especially in light of difficult economic conditions and medical shortages. 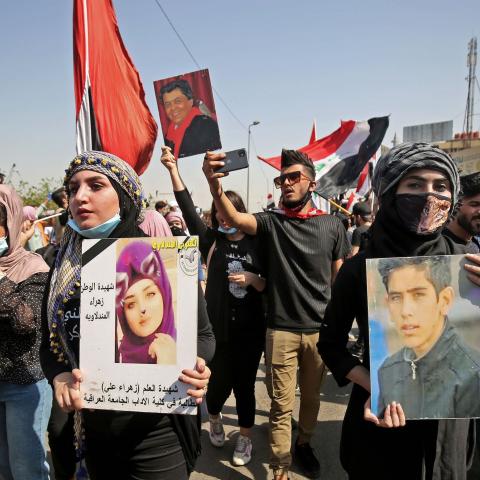 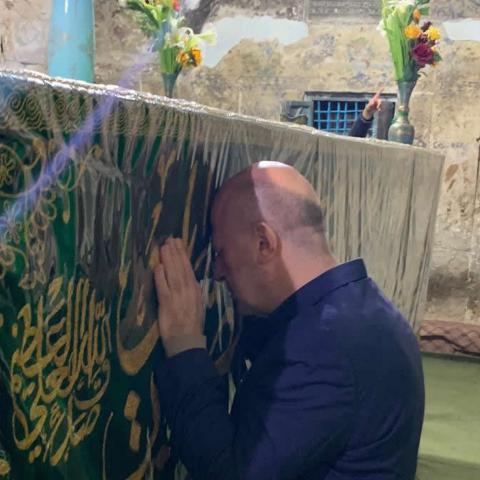 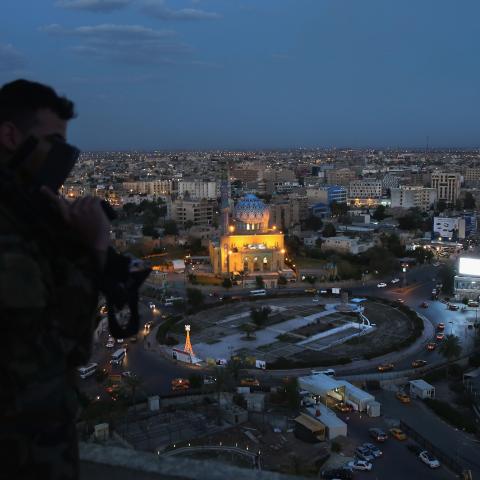