With art and culture temporarily confined to the internet, Egyptian artists are documenting the pandemic in short films, graffiti and creative photography. 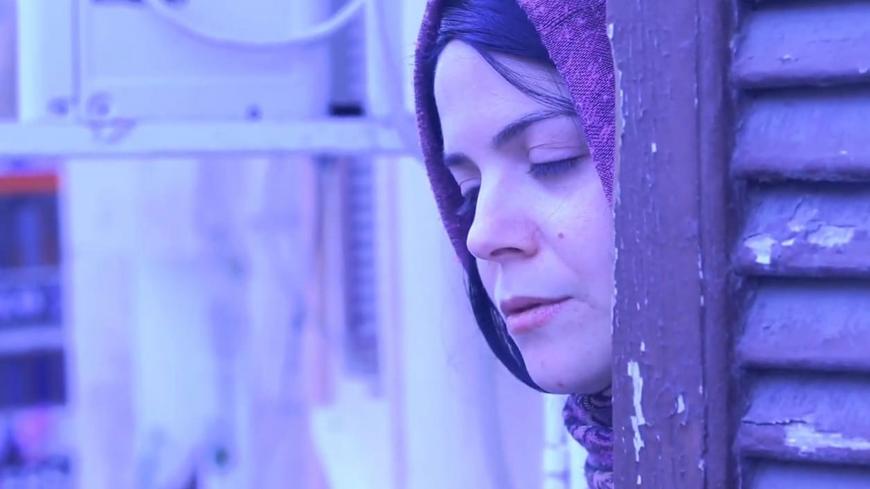 In March, the Egyptian government shut down cinemas and theaters. The Ministry of Culture created a program called "Culture in Your Hand," offering a number of plays and music concerts online to entertain people during lockdown.

Many independent artists have started putting their performances, concerts and other artwork on the social media. The three young independent directors have taken this route to ensure that their work about the pandemic reach an audience.

Mohaned el-Desoky released a short movie with English subtitles called "COVID-19." He told Al-Monitor, “Even when the government announced its decisions to close schools and coffee shops, people still appeared to be unaware of the graveness of the situation and the risks of contamination. Some people continued to get together to play PlayStation and women continued to exchange their lipsticks and make-up. So I decided to make a fictional movie to tell people that if they continue to do all that, they will push us into a very bad scenario where people die in the streets, as we saw in footage from China.”

The seven-minute film begins with news clips announcing the outbreak and the death rates in China and Italy. Then it portrays the outbreak in Egypt using news footage and short videos to show people continuing to congregate despite the warnings about social distancing.

“We want to tell people that sooner or later the virus will end, but we want it to end with fewer deaths," el-Desoky explained. "Lockdown is not a vacation, it’s a quarantine to save our lives."

El-Desoky shot the film in three days, working over 12 hours a day, to produce the movie as quickly as possible. The film, originally 30 minutes, was edited down to seven to make it easier to run on social platforms.

“I Have Coronavirus" is another five-minute film written by Marwa Naguib and directed by Fady Nour, a Jordanian director based in Egypt. It features a young woman, portrayed by actress Ola Samir, who gets the virus and documents her case every day.

“I shot the movie in a single day at my office. I wanted to release the movie as fast as I could to help people understand the dangers of the virus,” Nour told Al-Monitor.

However, Nour admitted, the film scared viewers rather than made them more careful. “Our mood was gloomy — we were influenced by what we hear and see in the news. So the movie didn’t give hope in the final scene, but now I’m preparing a new movie that will give hope to people,” he said. “I’m deeply optimistic that the crisis will end in Egypt soon."

In a third film, “A Brief History of the Quarantine," Khaled Saeed Abdulhamid addresses the demoralization that can afflict people under quarantine and how they can overcome it by doing things they love, like reading. The name is taken from Stephen Hawking’s book “A Brief History of Time,” which inspired the director to do the project. Abdulhamid writes articles and short stories for various websites and has a YouTube channel called ADABGY, where he reviews books.

Written, acted, narrated and directed by Abdulhamid, the four-minute film shows a person sitting alone making coffee and reading a book, with a voiceover explaining how important it is for people to stay at home even if they are bored.

“I didn’t plan much," Abdulhamid told Al-Monitor. "I wanted to give people hope that no matter how bored we are, we are alive and it is important that we overcome this tough period.”

Other young artists turned to graffiti and photography to raise awareness about the virus and the efforts of Egypt's doctors and health care workers. In al-Mahalla el-Kobra, the largest city of Gharbia governorate, artist friends Ahmed Hassan and Ashraf Mansour painted a mural depicting a female doctor wearing a golden crown. Its text reads, “full support to Egypt’s white army," a reference to doctors in lab coats.

In the Upper Egyptian city of Qena, a group of university students organized a photo shoot April 6 depicting the military, academics and health care workers literally battling the outbreak. The novel coronavirus was represented by a man with a spiky green head. Reactions were mixed, as some viewers liked it but others found it naive.

“Some artists like to get in on the trend and that’s a good thing as long as you do it right. I’m a director and can have an influence on people so I should take part in times like this and create something artistic for people to watch, understand and enjoy,” Nour told Al-Monitor.