Officials deny Egypt has been holding back information on the number of COVID-19 cases in the country. 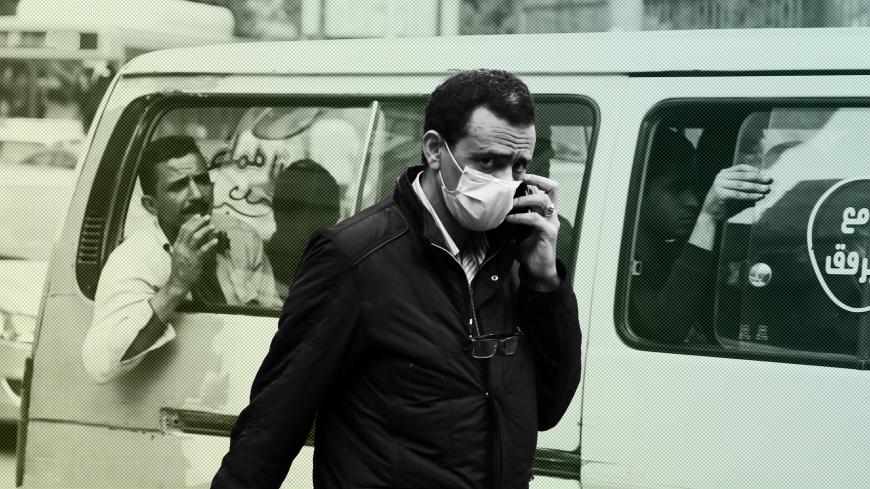 CAIRO — Critics are challenging Egypt's official reporting of its coronavirus cases, though authorities say their statistics are accurate and other statistics can't be trusted.

On April 3, Al-Shorouk newspaper published statistics showing there were 870 registered cases of the coronavirus in all Egyptian provinces as of the evening of April 2.

The statistics indicated that Cairo province was the most affected with 175 cases, followed by Alexandria province with 105, Damietta with 98 and Aswan with 75. No cases were recorded in the northern Sinai Peninsula, according to the statistics. Al-Shorouk did not reveal the source or origin of the figures.

The following day, Ministry of Health and Population spokesman Khaled Mujahid denied the figures being circulated online were correct and said they were being falsely attributed to the ministry. He called on all Egyptians to accept information only from official ministry sources, especially after inaccurate statistics went viral.

However, a source in the Ministry of Health and Population told Al-Monitor on condition of anonymity, because he is not authorized to speak to the press, that the statistics published April 3 by Al-Shorouk were indeed correct but weren't released officially. The ministry's denial applied to statistics circulating online but didn't mention the newspaper. The source said that confirms the authenticity of Al-Shorouk’s statistics. The source refused to provide further information.

According to the latest statistics released by the Egyptian Ministry of Health and Population, there were 2,065 confirmed coronavirus cases as of April 12, with 159 deaths.

Mujahid said in a statement April 8 that in all confirmed cases, patients were in isolation in hospitals and receiving the needed medical care according to World Health Organization (WHO) guidelines. He stressed that there were no unannounced cases in any province.

Meanwhile, Mujahid told Al-Monitor by phone that the ministry is constantly coordinating with WHO and following its guidelines regarding follow-up measures. He said the ministry follows an advanced statistical process in counting and registering numbers, so the numbers it announces are accurate.

Cases are declared as soon as patients are confirmed positive, in full transparency, in accordance with the International Health Regulations, he added. However, new cases are only considered confirmed after several widely recognized laboratory procedures are followed, including polymerase chain reaction (PCR) to amplify DNA. He explained that patients are quarantined when they test positive, and only after that are they included in the daily coronavirus updates.

COVID-19 patients are tested every 48 hours, he said, and only after they test negative twice in a row does the ministry announce such cases as recoveries. Patients are then isolated for another 14 days, which is the virus’ incubation period. Mujahid pointed out the time-consuming nature of the process, which is why new cases aren't immediately included in daily updates.

In March, Canadian researchers published a statistical study on coronavirus infections in Egypt, estimating there were about 6,000 to 19,000 cases, but the Egyptian government rejected the study March 17, calling the estimates inaccurate.

Alaa Ghannam, a health expert and head of the Right to Health Program at the Egyptian Initiative for Personal Rights, told Al-Monitor by phone that only the official figures announced by the Egyptian Ministry of Health should be considered, despite the possibility of their inaccuracy. He explained that, on one hand, the ministry announces only the cases it detects, but on the other hand, Egypt has not conducted PCR tests for all citizens or even for a large number of citizens — as the United States has, for example — so the announced numbers will be much less than the actual cases.

Meanwhile, the government does not announce the number of PCR tests being conducted daily.

Ghannam said many citizens don't believe ministry statistics because they don't trust the government's disclosures of information in general and especially with regard to the health situation. They believe the government deliberately reduces the announced figures to keep from panicking citizens or affecting their morale, he concluded.