Egypt and Algeria are allowing greater civilian movement for the Islamic holy month, as are the United Arab Emirates and Iraq. 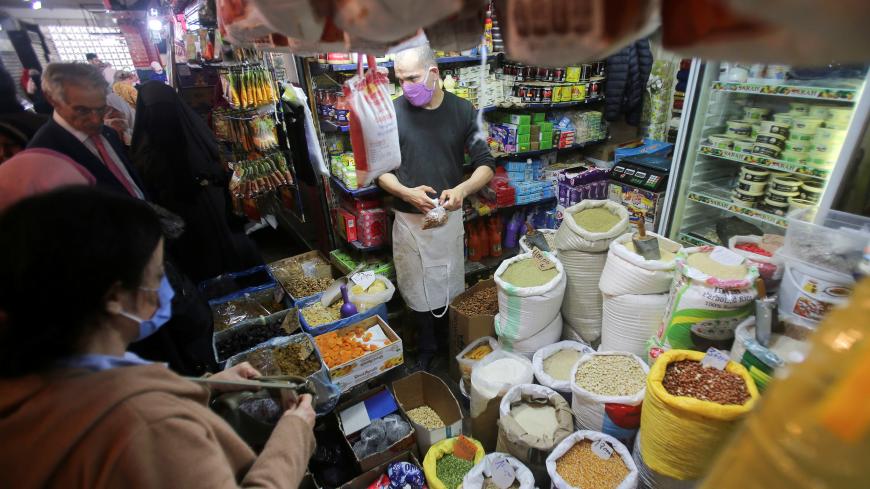 A vendor wearing a protective face mask serves customers inside his shop, ahead of the Muslim holy month of Ramadan, amid concerns over the coronavirus disease (COVID-19), in Algiers, Algeria, April 19, 2020. - REUTERS/Ramzi Boudina
April 24, 2020

Egypt and Algeria are relaxing their coronavirus restrictions as the Islamic holy month of Ramadan begins, joining other countries in the region in doing so.

On Thursday, Egyptian Prime Minister Mustafa Madbouly announced that shopping malls and businesses will be allowed to reopen on weekends, but they will need to close by 5 p.m. The nightly curfew has also been pushed back from 8 p.m. to start at 9 p.m., according to Reuters.

Egypt’s lockdown includes the closure of restaurants, schools and airports. Egyptians can only leave their homes for essential needs during the curfew. Before Thursday's easing, only supermarkets and pharmacies were allowed to operate, and only until 5 p.m. each day.

Algerian Prime Minister Abdelaziz Djerad announced on Thursday that the curfew in several provinces will be pushed back from 3 p.m. to 5 p.m. until 7 a.m. A round-the-clock curfew in Blida province southwest of the capital Algiers will be reduced to 2 p.m. to 7 a.m. The other provinces will continue with a 7 p.m. to 7 a.m. curfew, according to Reuters.

Recent news pertaining to the virus in Egypt has not been positive, however. On Thursday, the country recorded its highest ever number of new coronavirus cases since the first one in February with 232, Reuters reported.

In Algeria, the mass anti-government Hirak movement has shifted to digital forms of protest to avoid spreading the disease.

Egypt currently has 3,891 confirmed coronavirus cases while Algeria has 3,007, Reuters reported on Friday.

Some in Egypt have challenged the official statistics. Al-Shorouk newspaper published higher figures than the government on April 3 and a government official confirmed to Al-Monitor that these numbers, and not the government's, were correct.

Egypt and Algeria join other Muslim countries in the region that have relaxed some of their anti-virus measures for Ramadan, when Muslims traditionally fast during the day then eat and worship together at night. Dubai in the United Arab Emirates partially lifted its strict lockdown, as did Iraq this week.