Egyptian security forces kill seven suspected militants in a shootout in eastern Cairo in which a policeman died. 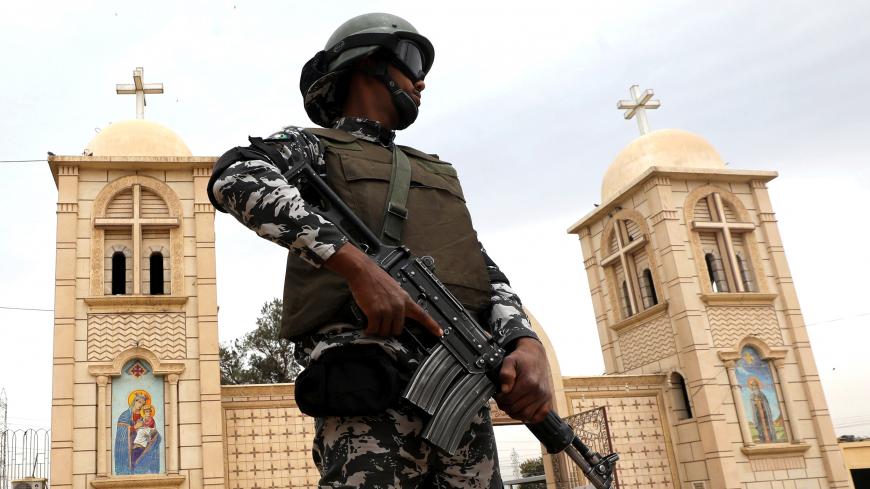 A police officer died and three others were wounded following a shootout that erupted when Egyptian security forces raided a hideout in the Amiriyah district in eastern Cairo. After the hourslong standoff, officers found ammunition, weapons and explosives.

Authorities say the suspected terrorist cell was plotting attacks against the country’s Coptic Christians to coincide with their Easter celebration on April 19. The religious minority, which makes up about 10% of Egypt’s population of 100 million, is a frequent target of armed groups in the volatile Sinai Peninsula.

Under President Abdel Fatah al-Sisi, Egypt’s security forces have upped their campaign against the insurgency but have struggled to tamp down the sectarian attacks in the Sinai, which borders the Gaza Strip and Israel.

In April 2017, the Islamic State (IS) claimed responsibility for twin suicide bombings that killed dozens of people at Coptic churches celebrating Palm Sunday in northern Egypt. Just months earlier, the group said it was behind a bombing at a cathedral in Cairo that killed at least 25 people.

In November 2017, an IS-claimed bombing at a crowded mosque in northern Sinai left more than 300 dead. The worshippers were Sufi Muslims, whose mystical form of Islam the Sunni extremists find heretical.

In February, the group took credit for an attack on a pipeline in north Sinai that carries gas from Israel to Egypt. In a statement, IS said its fighters attacked the line “linking the Jews and the apostate Egyptian government.”

Mahmoud Bayoumi, a researcher of Islamist groups at Istanbul Aydin University, told Al-Monitor he expects “more operations of the kind.”

“IS’ dwindling control in Syria and the military advances of Gen. Khalifa Hifter’s forces in Libya, in addition to the Egyptian army’s tightened grip on the Sinai Peninsula, are pushing armed organizations in Sinai toward ramping up operations to prove they're still around and able to strike.”