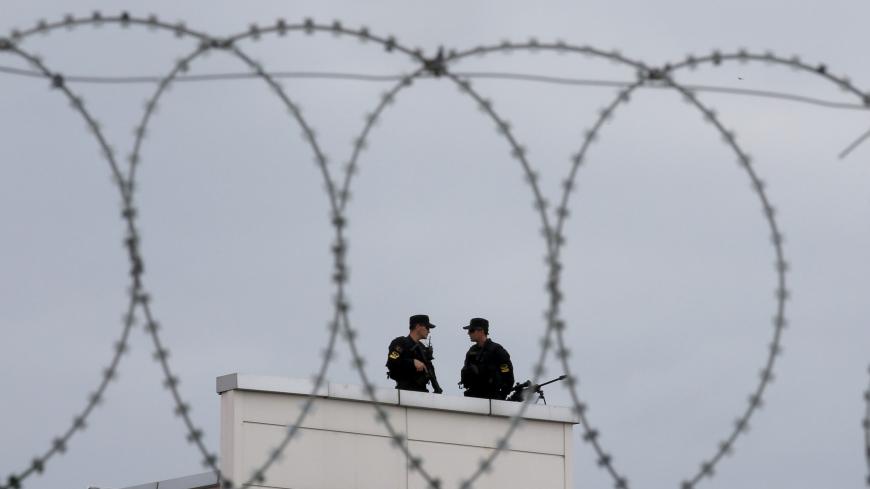 The novel coronavirus has emerged in nearly half a dozen Turkish prisons, killing three inmates and infecting 14 more, according to the country’s justice minister.

The deaths occurred in open prisons, Gul said, where prisoners are typically sent to serve lighter sentences in a minim-security environment. Of those being treated for the virus, one inmate with a chronic condition is in intensive care and the rest are in good health.

Turkey has among the fastest rising number of confirmed coronavirus cases in the world. Over the weekend, the country’s infections neared 57,000 and its death toll hit 1,198, according to the health minister.

On Tuesday, the Turkish Parliament is expected to approve a plan proposed by lawmakers in Turkey’s ruling Justice and Development Party and the allied Nationalist Movement Party that would reduce the country’s prison population by one third. If passed, some 90,000 inmates would be temporarily or permanently released from overcrowded and unsanitary prisons.

“Ventilation runs on a closed-circuit system, recycling the same air, and there are tens of thousands of prison staff who have daily contact with their families, who can contaminate each other and prisoners,” Dogan said.

The draft legislation excludes tens of thousands of political prisoners jailed on terrorism charges for alleged ties to the banned Kurdistan Workers Party or to the Fethullah Gulen movement, which the government blames for the failed coup attempt in 2016.

Rights organizations and opposition groups have called on the Turkish government to unconditionally release journalists, activists, academics and others jailed solely for their political views.

“For vulnerable prisoners, the COVID-19 pandemic risks turning a prison sentence into a death sentence,” said Hugh Williamson, Europe and Central Asia director at Human Rights Watch. “Prisoners who have been jailed for little more than their political views should be able to benefit from the early release law.”

An earlier draft of the amnesty bill obtained by Al-Monitor allowed for sex offenders and inmates accused of domestic abuse to qualify for early release, but the provision was scrapped amid outrage from women’s rights groups.