Like other countries fearing an outbreak of COVID-19 in overcrowded prisons, Turkey is debating wether to free some of its 300,000 prisoners — but no political detainees, rights groups observe. 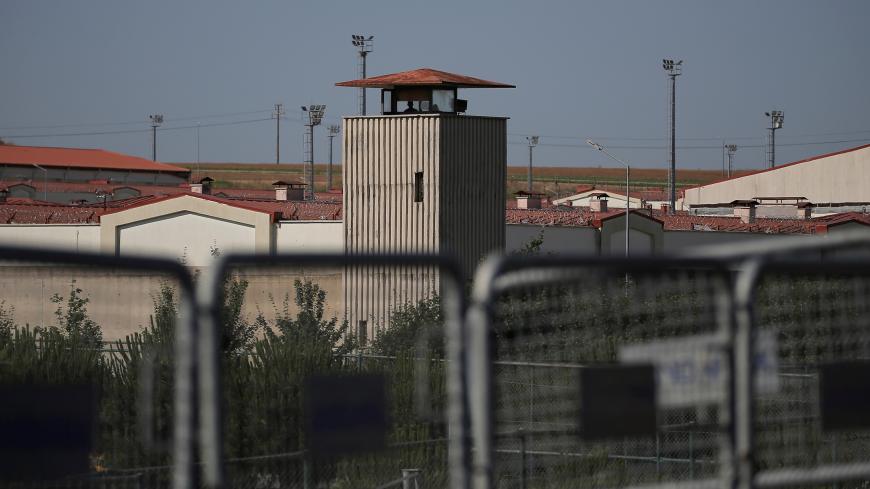 Following the lead of countries like Iran and Bahrain, which have freed thousands of prisoners to reduce the risk of COVID-19 deaths in overburdened penitentiaries, Turkey is mulling legislation that would free some of its 300,000 detainees, Justice Minister Abdulhamit Gul has confirmed.

The bill has provoked fierce debate as the death toll from COVID-19 rose to 30 and the number of confirmed cases hit 1,236 in the country of 83 million. Gul said no cases had been recorded among prisoners so far. Turkish President Recep Tayyip Erdogan appealed via Twitter for citizens to remain at home and a partial curfew was slapped on people above the age of 65 as Turkey began shifting its response into higher gear, with mosques, schools, sports venues and the fabled Grand Bazaar in Istanbul all shut down. The government issued a new circular allowing public sector employees to work remotely.

Rights groups have been calling for political prisoners to be freed and to be allowed to spend pre-trial detention or serve out their sentences at home. The advocacy group Jurists for Freedom observed in a report based on visits to several prisons in Turkey’s western Marmara region in the wake of the outbreak that inmates complained of not being provided with cleaning materials such as disinfectants. Some prison officials wore protective masks and gloves while others didn’t.

Prominent human rights lawyer Erdal Dogan told Al-Monitor, "The risk of the virus spreading through prisons is huge. Many are operating well above capacity with inmates taking turns sleeping on the floor. Ventilation runs on a closed-circuit system, recycling the same air, and there are tens of thousands of prison staff who have daily contact with their families, who can contaminate each other and prisoners."

Some 780 children no older than six are being held with their mothers, the president of Turkey’s Human Rights Association, Ozturk Turkdogan, told Al-Monitor in a telephone interview. “They need to be freed immediately,” he said.

There are some 11,000 women currently in jail. The Justice Ministry has not provided any information about the nature of their cases but many are believed to have been detained over alleged links to Fethullah Gulen, the Pennsylvania-based Sunni preacher who is accused of plotting the failed 2016 coup. Thousands have been charged with membership of an armed terrorist group for teaching in Gulen-run educational facilities that are now shuttered or or holding accounts in the similarly Gulen-linked Bank Asya.

Gul said the details of who the amnesty would cover were still being worked out and that the government would seek consensus with the main opposition parties to determine its scope. But it is unlikely to cover prisoners of conscience, among them prominent Kurdish politician Selahattin Demirtas and philanthropist Osman Kavala. Both are currently being held in pre-trial detention for newly launched probes after being cleared of other thinly evidenced terror charges.

Instead, those being held for organized crime offenses including sex and drug trafficking as well as extortion will be eligible for parole in line with long running demands from Erdogan’s informal coalition partner, the far-right nationalist leader Devlet Bahceli, rights groups contend. The bill, which might allow for up to 100,000 inmates to walk, is expected to come before the parliament in days. A simple majority, which Erdogan and Bahceli’s parties jointly command, will suffice for it to be adopted.

“There is a lot of disinformation floating around and nobody knows for sure what sort of parole bill will be presented,” Turkdogan said. “But there is no indication that the government is considering granting amnesty for political prisoners like Demirtas. Quite the opposite.”

Today Turkish authorities detained five democratically elected mayors in the Kurdish-majority cities and townships of Batman, Lice, Silvan, Egil and Ergani. The mayors, all from Demirtas’ People’s Democratic Party, are among scores of fellow mayors ousted on the grounds that they are linked to the outlawed Kurdistan Workers Party. The militant group has been waging an armed insurgency against Turkish security forces since 1984.

An HDP spokesperson told Al-Monitor that the government has appointed trustees to 31 municipalities since the March 2019 local elections. Some 21 mayors are currently behind bars.

The HDP has a system meant to promote gender equality where for every elected mayor, it appoints a co-mayor of the opposite sex. Hence, the figure includes co-mayors whose names did not appear on ballots.

“It's very hard to see and understand how even in [these] harsh times, the government continues to undermine local democracy by going against the democratically expressed will of the people,” lamented Nacho Sanchez Amor, Turkey rapporteur for the European Parliament, on Twitter.

Turkdogan said no sentence reduction or amnesty can be meaningful unless Turkey’s notorious anti-terror law used to convict thousands of lawyers, journalists and other dissidents is scrapped or radically revised. The Arrested Lawyers Initiative advocacy group observes that there has been a steady increase in the application of the anti-terrorism law over the past six years with the number people charged with membership of an armed terrorist organization totaling 8,416 in 2013, compared with 115,753 people in 2018.

Dunja Mijatovic, human rights commissioner for the Strasbourg-based Council of Europe, said that laws “with an overly broad definition of terrorism and membership of a criminal organization [have] reached unprecedented levels in recent times. These proceedings, combined with a wanton use of pre-trial detention, unjustly upend many persons’ lives in Turkey.”

Human Rights Watch echoed her views in a statement today. The watchdog’s Turkey director, Emma Sinclair-Webb, said, “Terrorism may sound like the gravest of offenses, but in Turkey the government misuses the charge for political ends. Many inmates are placed in lengthy pre-trial detention or without evidence that they committed violent acts, incited violence or provided logistical help to outlawed armed groups.”

“Neither of these men held guns and and committed an act of violence. They and all other prisoners of conscience should be immediately freed,” said Turkdogan. “But the government’s priority seems to be to thin the prison population to cut down on overcrowding with little regard for fairness, human rights and the rule of law.”