Reports: US to reposition troops in Iraq

After two rocket attacks within a week on American troops in Iraq, the United States is preparing to reposition forces there. 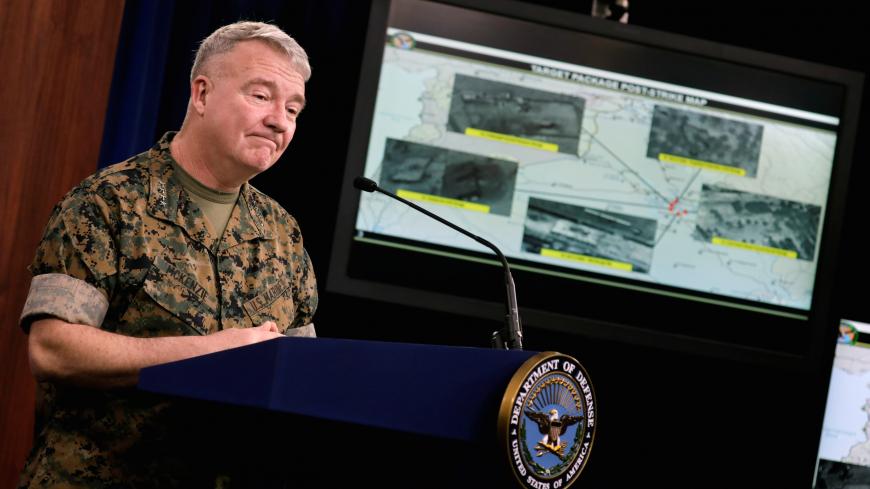 US Marine Corps Gen. Kenneth McKenzie Jr., commander of US Central Command (CENTCOM), briefs the media on the status of operations in the CENTCOM area of responsibility in the wake of the attacks; during a briefing at Pentagon in Arlington, Virginia, US, March 13, 2020. - REUTERS/Yuri Gripas

On the heels of another rocket attack targeting a military base housing American forces in Iraq, the US-led coalition assembled to fight the Islamic State is withdrawing troops from some of its smaller bases in the country.

“As a result of the success of Iraqi Security Forces in their fight against ISIS, the Coalition is re-positioning troops from a few smaller bases,” said coalition spokesman Col. Myles B. Caggins III in a statement provided to Al-Monitor. “These bases remain under Iraqi control and we will continue our advising partnership for the permanent defeat of Daesh from other Iraqi military bases.”

For security purposes, the coalition is not releasing a timetable for troop movements, but has acknowledged that the repositioning is taking place in coordination with the Iraqi government.

According to NBC News, the first to report on the troop movements, the decision to reposition troops is not related to the recent rocket attacks. Citing three US defense officials, the news outlet said US troops will be moved from “joint bases at al-Qaim near the Syrian border, Qayyarah Airfield West near Mosul and possibly K-1 Air Base in Kirkuk.”

On the morning of March 14, rocket fire hit Camp Taji, a base north of Baghdad hosting US troops, for the second time in a week. The more than two dozen 107-mm rockets fired at the base wounded two Iraqis and three members of the coalition.

The latest attack came three days after two Americans and one British service member were killed and 14 others wounded in a similar rocket attack on the same base. The United States retaliated against the March 11 attack with overnight strikes targeting weapons storage facilities belonging to Kataib Hezbollah, an Iran-backed Shiite militia that US defense officials blame for the deadly strike. The same group is blamed for a rocket attack that killed an American contractor at a US base in Kirkuk in late December.

The US strikes prompted widespread condemnation by Iraqi officials, who said the “treacherous” unilateral action violated Iraq’s sovereignty. The air raids left five Iraqi forces and one civilian dead, according to Iraq’s military.

On March 15, US Secretary of State Mike Pompeo spoke with Iraqi Prime Minister Adel Abdul Mahdi by phone and “reiterated that the government of Iraq must defend coalition personnel,” according to a statement released by Pompeo’s office. “America will not tolerate attacks and threats to American lives and will take additional action as necessary in self-defense,” the statement read.

Iraq is once again the ground for hostilities between the United States and Iranian-backed militia groups, who over the weekend vowed revenge for the US strikes on Kataib Hezbollah positions.

After the United States killed the Iranian commander Qasem Soleimani in a drone strike on Jan. 3, Iran responded with a ballistic missile attack on the Ain al-Asad Air Base, in western Iraq, that left at least 34 American troops with traumatic brain injuries.

The United States maintains some 5,200 troops in Iraq as part of the coalition advising and providing training for local forces to defeat the last remnants of the Islamic State.

Gen. Kenneth McKenzie, commander of US Central Command, told reporters at a briefing on March 13 that the threat from Tehran “remains very high.”

“Even though we may go days or a period of time without anything happening, I think we're still at a period of significant risk,” McKenzie said. 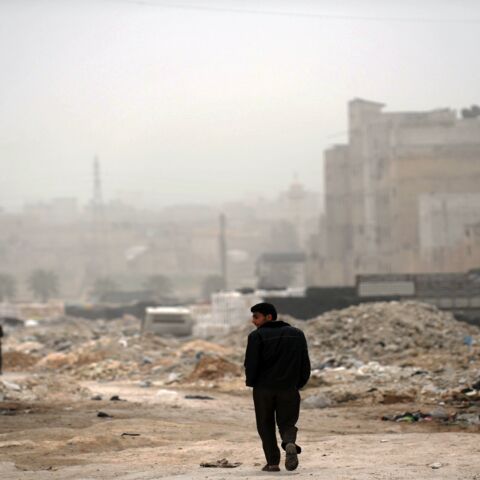