The fragile cease-fire that took effect in Syria's rebel-held province of Idlib on March 6 under a fresh deal between Turkey and Russia might prove short-lived amid a series of uncertainties on key points of contention. 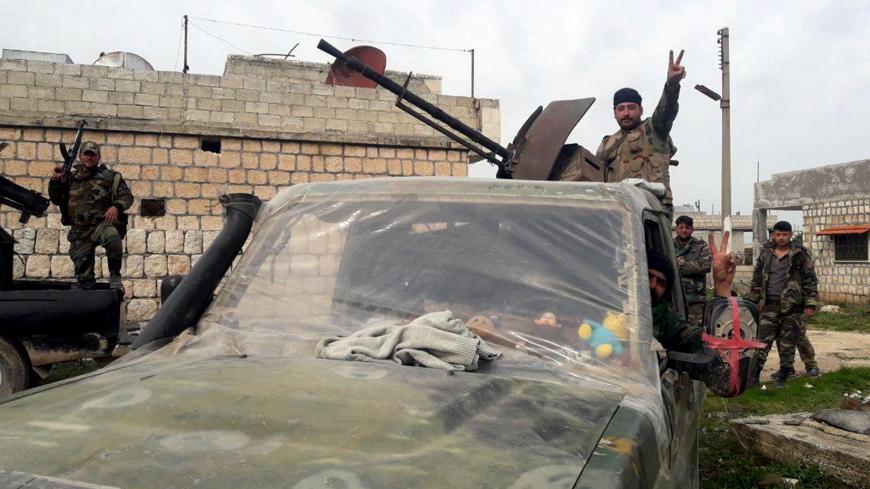 The Turkish-Russian deal to stop the dangerous escalation in Syria’s rebel bastion of Idlib is fraught with ambiguities on key issues that lie at the core of the conflict in the region. The March 5 deal — called “Sochi 2.0” by some in reference to the 2018 Sochi accord between Ankara and Moscow — might boil down to a short-lived respite before the conflict resumes with more conundrums for Turkey.

Ankara has poured some 12,000 troops into Idlib since early February to impede the advancing forces of Syrian President Bashar al-Assad, which stepped up their thrusts across Idlib in early January, backed by Russian air power. Over the past month, the Turkish military set up 12 new outposts in the region, in addition to the 12 military observation points it had established under the 2018 Sochi deal. In a dramatic escalation, 36 Turkish soldiers were killed Feb. 27 in an airstrike on a Turkish convoy, prompting fierce retributions by Turkey. In the three days from Feb. 29 to March 2, Turkey rained fire on crucial Syrian army targets, using Turkish-developed armed drones of the Anka and TB2 types, Firtina howitzers and Kasirga and Bora missiles.

President Recep Tayyip Erdogan had a phone call with his Russian counterpart Vladimir Putin on the morning of Feb. 28, as Turkey reeled from what was the deadliest attack on its forces in Syria thus far. Though the call failed to cool things on the ground, expectation mounted for an Erdogan-Putin summit to defuse the crisis. Keen to project a tough image to the Turkish public, Erdogan was eager to get Putin to come to Turkey, but the Russian leader seemed to dislike the idea and, eventually, it was Erdogan who headed to Moscow on March 5, accompanied by top-level officials.

The six-hour talks resulted in a cease-fire agreement, but the deal left a number of critical issues ambiguous. Watching what happens on the ground is now the way to gauge whether or how those issues have been resolved.

The first question pertains to the status of airspace. On March 6, the first day of the cease-fire, the skies were indeed quiet, suggesting that Russia would halt air bombardments in line with the truce. This would mean a letup in the ground offensives of the Syrian army and pro-Iranian militia, whose leadership, command, control and communication facilities and air defense systems have been frayed in point-target attacks by Turkish drones and rocket and missile fire.

In fact, Turkey’s moves in early March have led to a de facto bisection of Idlib’s airspace. By using armed drones, Turkey has been able to secure sporadic air supremacy, albeit a limited one at low altitudes of up to 10 kilometers (33,000 feet). Russia remains the boss in mid and high altitudes and Idlib’s airspace remains off-limits to Turkish aircraft and helicopters.

The second issue concerns the radical groups in Idlib, namely how to make them accept the terms of the deal and hand over their heavy weaponry. It remains unclear whether the radicals — terrorists, according to Russia — will abide by the cease-fire and, if they do, what their status will be down the road. Judging by the provision regarding the key M4 highway in southern Idlib, Russia appears to have given Turkey one last chance to rein in the radical factions holding sway in the region, chief among them Hayat Tahrir al-Sham. The provision calls for a security corridor 6 kilometers (nearly 4 miles) deep to the north and 6 kilometers deep to the south of M4. Could it be that the deal involves a confidential provision for Turkey and its Syrian allies to launch operations against the radicals in southern and southwestern Idlib? Developments on the ground might soon answer this question.

Turkey’s refugee problem is another key issue that the Moscow deal fails to address. After the bloody air raid on the Turkish convoy, Erdogan made good on his long-standing threats to unleash refugees on Europe, seeking to placate a domestic public already frustrated with hosting nearly 4 million Syrians and now watching its soldiers die in Syria. With Turkey’s death toll in Idlib reaching 56 since early February, Ankara is seeking to sell a success story to its public, arguing that the refugee crisis has now become everybody’s problem and that Turkey’s burden has eased. Yet Erdogan’s deal with Putin is hardly some sort of a safeguard precluding fresh refugee flows to the Turkish border or into Turkey in the coming period.

Last but not least, the fate of Turkish observation posts to the east of the M5 highway remains unclear, although Ankara seems to have abandoned claims over the road. The outposts, surrounded by Syrian government forces, are said to be in a precarious state, deprived of fresh ammunition, fuel and logistical supplies for nearly a month, according to Turkish media reports. Sources in Ankara suggest the outposts might be evacuated in a gradual fashion without stirring much public passion at home.

As for what the Moscow summit achieved, the main outcomes and their downsides could be summarized as follows:

A fragile cease-fire is in place. Chances are high, however, that it will be short-lived and have little relevance for the battlefield.

A security corridor along M4 means that Russia is placing itself between the Turkish and Syrian forces to de-escalate the tensions. Russia has left part of the M4 as a supply route to Turkey, which will be supervised jointly by Turkish and Russian forces. The whole security-corridor arrangement, however, might prove symbolic.

Also, Erdogan was given a gentle reminder in Moscow that he is dealing with “the Syrian Arab Republic” and not “the Assad regime.”

On the positive side, the Moscow summit shows that Russia retains its will to act as a brake on the Turkish-Syrian showdown in Idlib despite Ankara’s efforts to enlist Western support and Washington’s ostensible attempts to egg Turkey on.

Yet the prospect of the truce surviving only a couple of weeks is hard to rule out. The clashes are likely to flare up anew after a period of respite. One should also keep in mind that pro-Iranian militias have sent nearly 1,000 fighters to Idlib since late February to make up for the casualties of the Syrian army over the past month.