Turkey will quarantine its citizens who return home after travel abroad. 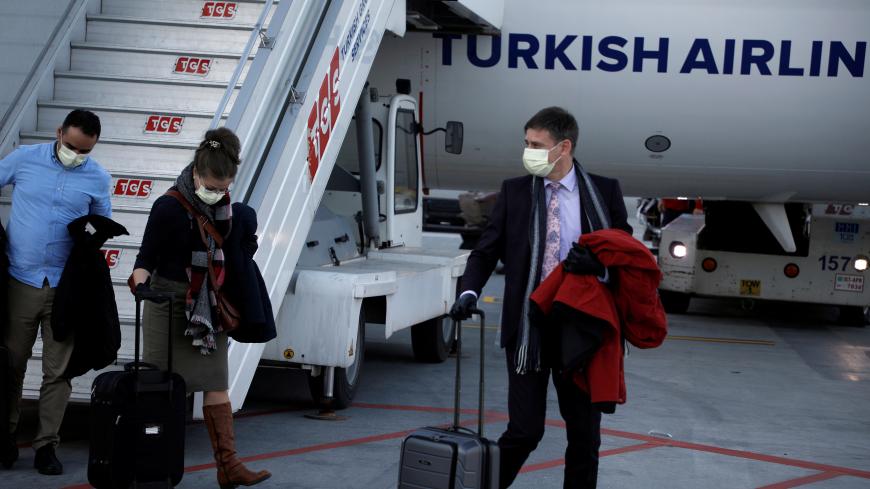 A passenger wears a protective face mask in light of the coronavirus, upon arrival at Istanbul Airport, Turkey, March 13, 2020. - REUTERS/Florion Goga

As Turkey grapples with a growing coronavirus outbreak, the government will bring home some 3,000 Turkish citizens stranded in the nine European countries on Turkey’s new banned-travel list.

"Those 3,614 citizens will be brought home by 34 Turkish Airlines charter flights by midnight on Tuesday," Turkish Foreign Minister Mevlut Cavusoglu said, according to state-run Anadolu Agency.

The returning travelers will be quarantined for 14 days in dormitories in Istanbul and Kocaeli province in northwestern Turkey.

After implementing what the World Health Organization described as “vigilant” measures to curb the disease, Turkey became the last major world economy to announce coronavirus on its soil last week.

As of March 17, Turkey has 98 confirmed coronavirus cases and one death.

The government has responded to the spread of the virus by shutting schools, as well as public venues such as cafes, bars and Turkish baths. Turkey has also suspended collective prayers in mosques and other places of worship, although they will remain open to individuals.

University dormitories have been cleared of students and will be used as potential quarantine zones. On Sunday, Turkey announced it had quarantined thousands of pilgrims returning from Saudi Arabia.

The government has also introduced restrictions on travel, and suspended flights Friday to nine European countries. A ban on travel to China, Iran, Iraq, Italy and South Korea was already in place.