What's behind arrest of Turkish-Azeri billionaire?

Although Azeri-Turkish billionaire Mubariz Mansimov Gurbanoglu was cleared of links to the Gulen movement, he's been arrested again this week. 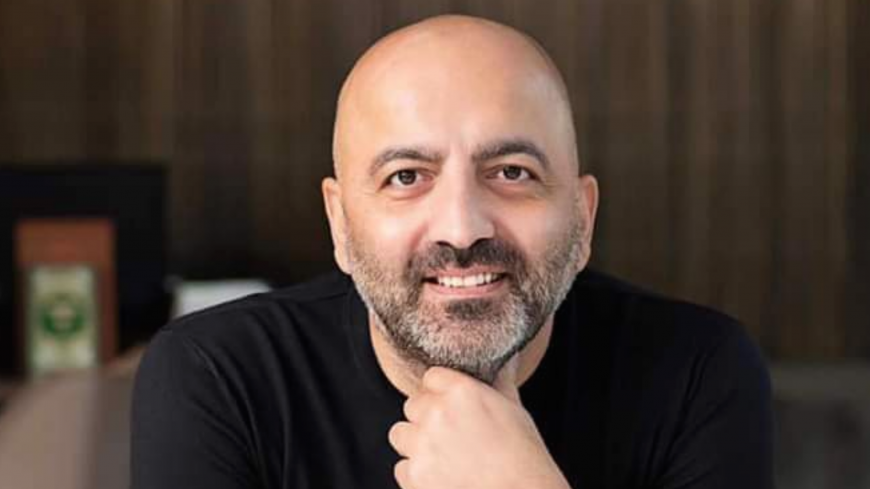 As Turkey grapples with the coronavirus pandemic, the March 17 arrest of Azeri-Turkish billionaire Mubariz Mansimov Gurbanoglu failed to draw the attention it deserves. Gurbanoglu was arrested on terrorism charges, part of what he alleges is a web of collusion between global energy giants and Turkish prosecutors.

Gurbanoglu, 52, was a former ally and alleged business partner of Turkish President Recep Tayyip Erdogan’s family. He is accused of operating on behalf of the Sunni cleric Fethullah Gulen. The high-flying Gurbanoglu, who owns one of the world’s largest fleets of oil tankers, is being held in Istanbul’s Silivri Prison and has yet to be indicted.

Turkish authorities say the Pennsylvania-based Gulen, who Gurbanoglu is accused of colluding with, engineered the 2016 coup attempt.

Tens of thousands of people, including wealthy industrialists who rubbed shoulders with Erdogan and his Justice and Development Party (AKP), have been prosecuted and jailed over their alleged role in seeking his violent overthrow. Alleged membership in the Fethullah Terrorist Organization, or FETO, as it's referred to in Turkey, has become a catchall for rounding up Erdogan’s enemies, real and perceived, and a way to extort large sums of money from businesspeople, rights groups say.

Erdogan and Gulen were informal coalition partners until they had a falling-out over power and profit. As their alliance unraveled, Gulen’s followers in the police force launched a graft probe against Erdogan in December 2013 that was swiftly squashed. Investigating police and prosecutors were fired, and many of them were jailed.

What is unusual about Gurbanoglu’s case is that he was investigated and cleared of possible Gulen connections last year. Prosecutors said in a May 2019 ruling that they could not find any evidence linking him to Gulen’s network.

Why has Gurbanoglu been jailed for the same offense? The answer, according to Gurbanoglu, is clear: money. Gurbanoglu blamed Russian energy giant Lukoil and Azerbaijan’s state oil company, SOCAR, for his plight, in a Feb. 2 letter addressed to Erdogan after learning of the new probe. Their aim, he said, was to intimidate and coerce him into dropping cases he had filed against both companies in a London court.

Gurbanoglu said in the letter — posted on his Instagram account after his arrest — that a Lukoil executive had tipped him off in early December about the alleged conspiracy. Gurbanoglu said he was prepared to share the executive’s identity with authorities and that the latter would testify on his behalf.

The executive had, according to Gurbanoglu, told him that that Lukoil and SOCAR had “bribed many judicial authorities in Turkey and issued instructions to get me jailed, to inflict ruin on me and my companies and to take them over.” The person at the fore of these efforts, according to the Lukoil man, was SOCAR President Rovnag Abdullayev, Gurbanoglu said.

In a March 18 statement, SOCAR denied all the claims: “The detention of Mubariz Mansimov by the Turkish law enforcement agencies has nothing to do with the arbitration processes to be held in London [and] SOCAR believes in the effectiveness of the Turkish justice system and unequivocally rejects the possibility of interference in judicial process.”

Gurbanoglu published another letter on his Instagram account March 20, addressed this time to “the esteemed Turkish and Azeri peoples, to my elders, sisters and brothers.”

He said he was on a hunger strike to protest his arrest and vowed to continue it until “this injustice ends.” He said, “I note with regret that Turkey like Azerbaijan is no longer a state of law. The palaces of justice function like shopping malls.”

Gurbanoglu once again blamed Abdullayev, claiming that the SOCAR boss had bribed four of his employees to provide false testimony against him “because they know that they will lose the multibillion-dollar case in London. These fraudsters who have chosen this path have unfortunately trodden all over Turkey’s justice system.”

Opposition leaders and rights groups have long accused the government of manipulating the judiciary for political and financial gain. In December, Kemal Kilicdaroglu, the leader of the main opposition Republican People’s Party, told parliament about the existence of a “FETO market.” It's run by rogue policemen and prosecutors, he said, and rich individuals are detained on charges of belonging to FETO and set free only after paying enormous bribes.

SOCAR has been repeatedly named in efforts to buy influence on behalf of the Azerbaijani government.

Crude Accountability, an environmental watchdog for the Caspian Sea region, said in a recent report: “Oil and gas revenues over the past 10 years created unprecedented opportunities for Azerbaijan to invest in lobbying to hush critical voices from both inside the country and abroad, and to improve relations with the [West]. Azerbaijan was listed as one of the top 10 countries spending significant money on the services of lobbying companies in Washington, DC, including BGR Group and Podesta lobbying firm.”

The sharp drop in oil prices has put a big hole in Azerbaijan's budget. The International Monetary Fund says it needs an oil price of around $53 to balance it. Prices have tumbled to around $34 per barrel.

Gurbanoglu, who became a Turkish citizen in 2006, apparently at Erdogan’s behest, made his fortune landing a monopoly to transport crude for Russia’s Lukoil and for SOCAR.

Analysts believe his shipping company, Palmali, controlled two-thirds of the oil trade in the Black Sea region as recently as 2017.

Turkey is the biggest outlet for Azeri crude, which is exported via a pipeline from Baku to export terminals at Turkey’s southern Mediterranean port of Ceyhan. SOCAR is Turkey’s biggest private investor, with investments totaling over $15 billion.

Lukoil controls 5% of Turkey’s retail motor fuel market with 610 stations, according to the company’s website.

Gurbanoglu’s partnership with Lukoil and SOCAR grew strained as global oil prices declined, taking profits along with them, said Natiq Jafarli, a member of the Azerbaijan opposition Republican Alternative Party. Jafarli told Al-Monitor that both Lukoil and SOCAR had wanted to scrap their respective deals with Gurbanoglu, and in 2018 SOCAR declared its agreement with Palmali null and void.

Reuters reported in September 2017 that Palmali "had lodged a claim with the English High Court worth almost $2 billion against Litasco, the trading arm of Russian oil producer Lukoil." Palmali said the case involved "breach of contract."

Around the same time, reports circulated in the Russian media that Gurbanoglu was using his tankers to carry Syrian oil belonging to the Islamic State in partnership with Erdogan. Gurbanoglu mentioned the claims in his letter to illustrate the smear campaign against him.

The allegations vanished when Turkey and Russia signed a controversial deal for Moscow to supply Ankara with S-400 surface-to-air missile batteries. The accord shocked Turkey’s NATO partners and marked the start of a bumpy bromance between Erdogan and Russia’s Vladimir Putin.

SOCAR, meanwhile, assembled its own tanker fleet, prompting the shipping magnate to sue the company in London over breach of contract. “He will likely win the case. Azerbaijan is leveraging its friendship with Turkey to strong-arm him into backing down,” Jafarli said. Gurbanaoglu's dealings with SOCAR "were probably not clean either," he said.

Ahmet Sik, a lawmaker for the People’s Democratic Party, the third largest bloc in the Turkish parliament, and a former investigative journalist who has documented the Gulenist penetration of the Turkish state, said moves have been afoot to undercut Gurbanoglu inside Turkey for some time.

Sik told Al-Monitor the actions were likely linked to Turkey’s close ties to Azerbaijan and its strongman, Ilham Aliyev. Turkey is among the Caspian nation’s biggest backers, retaining an economic blockade over the oil-rich nation’s longtime foe, Armenia.

Turkey and Azerbaijan are “one nation, two states,” both governments like to say.

For a while, Gulen operatives had heavily infiltrated SOCAR, Sik contended, spreading their tentacles across Azerbaijan. The Turkish government has echoed those claims. Scores of suspected Gulenists were purged from SOCAR’s Turkish subsidiaries in the wake of the attempted coup. Pressure from Erdogan on Azerbaijan to shutter Gulen-linked businesses and schools had already started after the shelved graft investigation against him.

In July 2017, The Black Sea, a regional collective of investigative journalists that collaborated on the Malta Files — a trove of 150,000 leaked documents exposing how Malta was used as a pirate base for tax dodgers — said that SOCAR had bought five oil tankers belonging to the Erdogan family using offshore companies in Malta.

“The secret sale occurs amid a period of heavy pressure on SOCAR from Erdogan’s government to cleanse its ranks of alleged followers of the exiled ex-preacher Fethullah Gulen,” writes Craig Shaw, the investigations editor.

Might SOCAR now be calling in its debt? The beleaguered Turkish media, which have largely avoided reporting on Gurbanoglu's arrest, did not hazard any guesses.

In his letter, Gurbanoglu claimed Gulenists within Lukoil and SOCAR had targeted him since 2013, when tensions between Erdogan and Gulen escalated into open war.

“The big question,” Sik said, is what, if anything, Gurbanoglu said of his previous dealings with Erdogan during his first pre-trial hearing, before being remanded in custody. “We won’t know much until prosecutors draw up their indictment against him, and that could take a very long time.”

Gurbanoglu, who was born in Masalli in southern Azerbaijan and attended a Soviet military prep school, made headlines in May 2017 when The Black Sea revealed that Gurbanoglu, together with another Erdogan associate, Sitki Ayan, had effectively gifted the Agdash, an oil tanker worth $25 million, to the Turkish president’s family in 2008.

The Black Sea’s Shaw wrote: “The Erdogans obtained the Agdash from [Gurbanoglu] in October 2008, using a company in the Isle of Man called Bumerz Limited — named after its principal owners — the president’s son, Burak Erdogan, his brother, Mustafa Erdogan, and brother-in-law Ziya Ilgen. [Gurbanoglu] and the Erdogans formed a business relationship over many years.”

Shaw continued, “The billionaire is considered well-connected. He is a friend of US President Donald Trump and was present at his inauguration in Washington DC in January this year. When the 39-floors of residential and office block Trump Towers opened in Istanbul in 2009, [Gurbanoglu] was the first customer — buying eight apartments, including the penthouse.”

Interest in Gurbanoglu grew with his reported acquisition in 2008 of a 50% stake in Tefken, one of Turkey’s largest construction companies, which has landed numerous multibillion-dollar contracts in Russia and Azerbaijan.

Bahadir Ozgur, an investigative journalist and a columnist for the independent Turkish online daily Duvar, told Al-Monitor, “Gurbanoglu had very close relations with the Turkish government. There was nothing secret about it. He was seen at football matches, making donations to the Turkish police and giving interviews to the press. He is known to be very nationalist and to have always had very good relations with Turkey overall.”

“But in recent years we’ve seen those relations turn sour,” he said, with Gurbanoglu steadily relinquishing control of his Turkish assets, including the lucrative Bodrum yacht marina.

“Wealth is being reshuffled,” Ozgur said. “But always among pro-government hands.”

Correction: March 22, 2020. An earlier version of this story incorrectly stated that Gurbanoglu was born in Baku and that he was a naval officer in the Soviet army.