Syrian women stepped up and took on medical work to fill the void left by men in the health care sector in northern Syria. 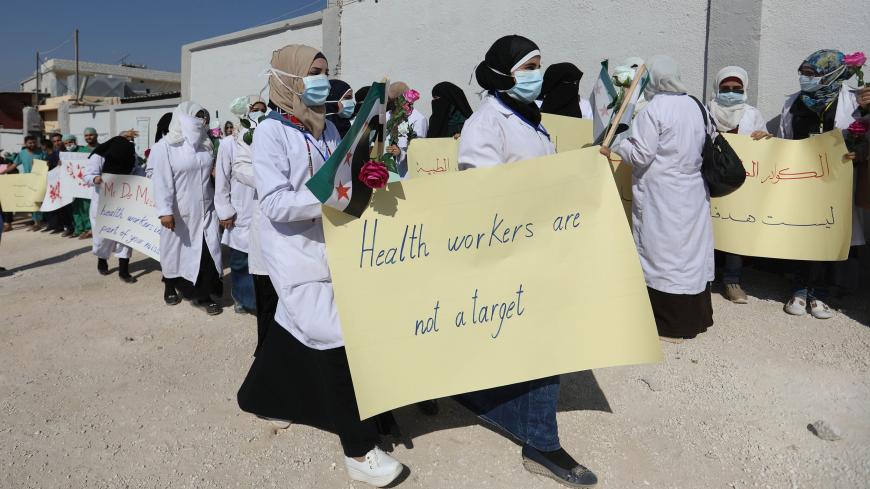 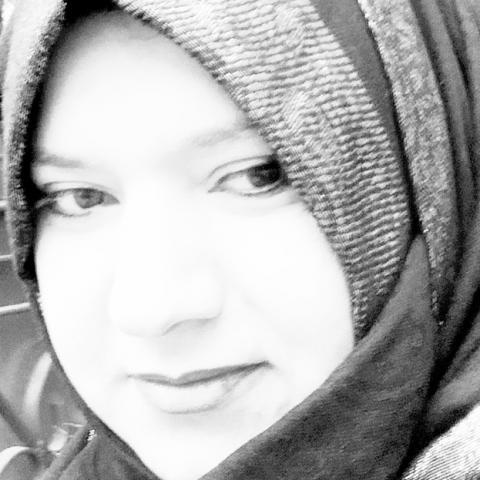 Amid indiscriminate shelling by the Syrian government and its allies in northern Syria, many of those who worked in the medical field, including doctors, pharmacists and nurses, fled the country at a time when their areas were in dire need of medical attention. This has prompted a number of women to fill the medical void by forming medical points and field hospitals in Idlib and its countryside and in Aleppo’s western countryside.

Alia al-Ahmad, a nurse at the Idlib National Hospital, never expected to work in the medical field. “In the past, I could not bear to see injuries and blood, but things changed after witnessing the regime’s daily violence against civilians. I decided to be courageous because I felt I had a responsibility,” she told Al-Monitor.

Ahmad said she and her colleagues are working to develop their expertise in the areas of internal and external medicine, physical therapy and labwork by participating in medical training and workshops set up by medical organizations, such as the Independent Doctors Association, in Aleppo’s western countryside through an internal education system in the hospitals where they work.

The important role of women in the medical field appeared in light of the shelling, the ongoing battles and the absence of sufficient numbers of medical staff in hospitals, which prevented all patients from being treated in a timely, urgent manner. While three wounded people are treated, a fourth injured person will be left to die in the absence of quick treatment.

Abdel Karim Yassin, head of the primary health care department in the Free Aleppo Health Directorate in Aleppo, told Al-Monitor that women’s work in the medical field at the beginning of the revolution was on a smaller scale, specifically between 2014 and 2015, and then steadily increased, so the number of female workers in the medical field doubled, whether they were doctors or nurses, community health workers, nutritionists or psychological support workers.

He said women's roles in the medical field are as significant as that of men; most workers in the nursing field were able to succeed and do all the work entrusted to them to the fullest extent, as well as with regard to the nutrition sector through monitoring cases of malnutrition among children and pregnant women.

Yassin said women also recently entered the psychological support domain “and were better [equipped] than men when it came to the ability to deal with displaced women and to listen to the issues they faced during their recent displacements." Women also excelled at "providing treatment and solutions," said Yassin, noting that women’s participation in the medical field has helped fill the gap and contributed to improving medical services.

Not only did Syrian women enter the medical field, but they also threw themselves into the Syrian Civil Defense and were able to help save the lives of civilians, as female volunteers took on the task of saving women and children from bombing sites and evacuated them to safe places while accompanying male volunteers who assisted injured men.

Director of the media office in the Syrian Civil Defense in Idlib province Ahmed Sheikho told Al-Monitor there are 264 female volunteers in 33 centers in Idlib province alone who are working to provide the families of the area with medical relief, psychological support and awareness services.

He said female volunteers are chosen after taking exams, and those who have diplomas from medical institutes or certificates from medical courses are selected.

These volunteers provide multiple services inside the fixed centers, including measuring blood pressure and blood sugar levels, giving ultrasound scans for pregnant women, weight control, dressing wounds and burns, giving sessions to adults and children on the proper use of inhalers, installing serums, first aid response, and providing community and health awareness for children and mothers.

Sheikho said the most difficult issue facing the civil defense volunteers was the systematic bombing campaigns directly targeting the fixed centers and the teams while working; these bombings have killed a number of volunteers who were performing their humanitarian work and seriously injured others.

She added, “They risked their lives trying to help me and my family from inevitable death. My gratefulness pushed me to volunteer just so I can feel worthy thanks to the important humanitarian work we do when saving the lives of innocent people.”

Qadi underwent extensive courses in medical relief, nursing and first aid at Bab al-Hawa Hospital; she admitted she initially faced criticism from her conservative community because this type of work was new for women, but she overcame it with patience and persistence.

The medical sector in Syria suffers under miserable conditions amid severe bombing and direct targeting of health care facilities. The World Health Organization (WHO) reported back in March 2018 that years of war in Syria have destroyed the health care system, so more than half of the public hospitals and other health care centers are closed or are not working at full capacity. WHO noted that 3.11 million people are in need of medical care, 3 million of whom live with chronic diseases, serious injuries and disabilities.

In spite of the war and targeting of medical facilities, Syrian women working in the medical and civil defense fields are alleviating the pain of the injured and filling the massive gap of human resources in this vital sector. They carry out their humanitarian work in the most challenging, difficult conditions.