The Syrian Civil Defense, known as the White Helmets, are coming up with new ways to avoid regime and Russian airstrikes. 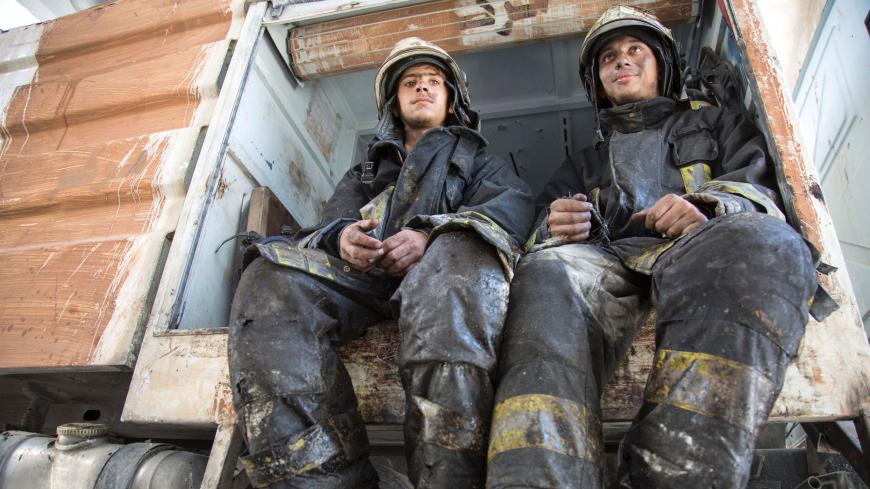 Syrian Civil Defense volunteers, known as the White Helmets, sit in the group's truck at their base in the northern city of Aleppo, Syria, Sept. 29, 2016. - KARAM AL-MASRI/AFP/Getty Images

ALEPPO, Syria — The Syrian Civil Defense, known as the White Helmets, expressed condolences for the death of Zuhair Rajo, a White Helmets administrative volunteer who was killed July 29 by regime airstrikes on the town of Kafr Zeita in northern Hama.

This is not the first time that White Helmets volunteers are killed by the regime and its allies, either in airstrikes or field attacks, targeting their centers, vehicles and equipment.

On June 26, Russian airstrikes targeted a White Helmets team in the southern town of Khan Sheikhoun in Idlib province, killing two people and injuring two others. White Helmets volunteer Anas al-Dyab was killed July 22 by aerial bombardment in Khan Sheikhoun, while volunteer Ambar al-Bunni was killed the same day by an airstrike as he was helping to rescue victims of the Russian bombing targeting Maarat al-Numan, which killed more than 30 civilians.

The Syrian Network for Human Rights (SNHR) wrote in a report issued July 15 that the Syrian-Russian alliance forces targeted 31 vital White Helmets centers in the de-escalation zone in and around Idlib province, since the regime launched its offensive in northwestern Syria between April 26 and July 12. During that same period, four volunteers were killed by Russian forces while at least 22 others sustained injuries, the report said.

SNHR member Sumaiyah al-Haddad told Al-Monitor, “Ever since the Russian-Syrian offensive began on the de-escalation zone on April 26, we have documented dozens of incidents of assault against the White Helmets. Both the Russian and Syrian forces share responsibility for attacks against vital White Helmets centers.”

She noted, “The White Helmets have taken precautions during this military crackdown to mitigate the impact of [Syrian-Russian forces] targeting their centers. They have established hidden centers within agricultural lands and divided themselves into smaller teams to prevent them from gathering in one place becoming easy prey. Yet we have documented direct attacks against White Helmets data centers, in addition to assaults on the roads used by these teams.”

Haddad added, “Intentional attacks against humanitarian workers are a war crime and unquestionable violations of UN Security Council Resolutions 2139, 2254 and 2286.”

Agricultural lands and orchards surrounding the cities and towns of Idlib became the starting point for the day-to-day operations of the White Helmets, after their positions became vulnerable to direct Russian and Syrian raids, killing their volunteers.

Director of the White Helmets media office in Idlib Ahmad Sheikho told Al-Monitor, “Syrian and Russian warplanes are constantly targeting our centers in Idlib, namely those in Khan Sheikhoun, Habit, Badma, Maarat Hurma and Kafr Nabl. Thus the majority of our centers are now out of service as we have evacuated them and our volunteers are stationed in agricultural lands, hiding among trees to avoid direct targeting.”

He said, “The most difficult situation we face is when our volunteers are targeted as they attempt to inspect the places of shelling and recover victims. In addition, our medical stations and rescue teams are deliberately attacked.”

Sheikho noted, “Any moving vehicle is directly targeted in the southern countryside, which restricts our movement and thus we cannot get the wounded to safety soon enough to receive treatment, often losing them as we transport them to farther medical points.”

He added, “Our teams are forced to change their positions on a daily basis, and most of them now have to operate in agricultural land. We try to hide the vehicles and equipment so that they are not targeted by aerial bombardments. We suffer from constant difficulties in terms of access to water and internet. Our teams are doing their utmost, despite the great dangers, in order to save and assist civilians.”

Director of the White Helmets media office in Aleppo Ibrahim Abu Laith told Al-Monitor, “The White Helmets are working on a contingency plan by scattering their stations and staying away from their usual centers in case the latter are directly targeted by Syrian and Russian aircraft. We always feel that the warplanes are on our heels and volunteers are repeatedly attacked during rescue missions.”

Mohammed Hmade, director of the White Helmets media office in Hama, told Al-Monitor, “Warplanes are attacking White Helmets centers and volunteers by targeting rescue and evacuation roads, medical centers, ambulances and all White Helmets vehicles. The shelling has forced us to evacuate all our centers and stay in groups under trees to avoid getting hurt.” 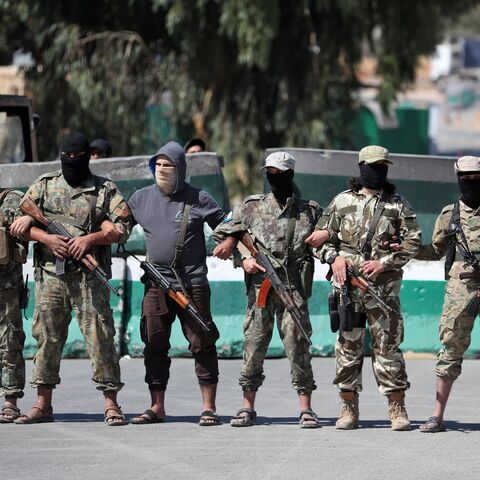