Hypatia Publishing House, which takes its name from an executed Platonic thinker, aims to put Upper Egypt on the literary map. 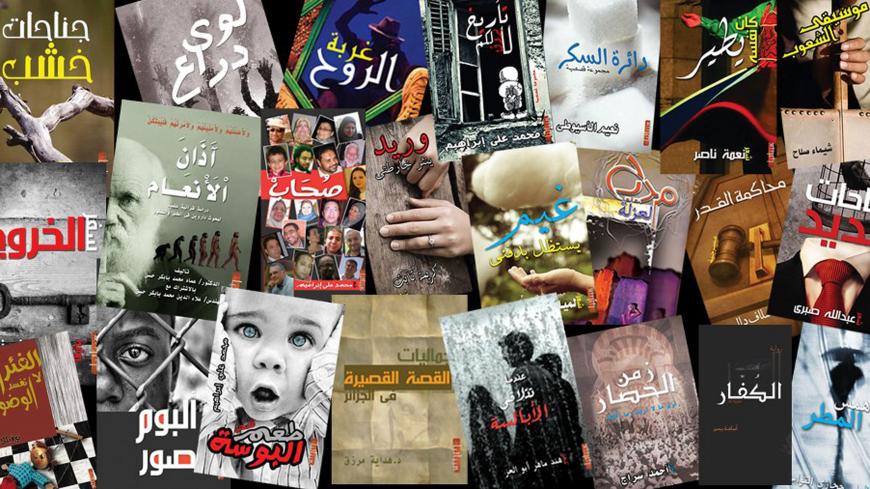 Upper Egypt has been home to many intellectuals, writers and poets, such as Rifaah Rafi al-Tahtawi, leader of the scientific renaissance in Egypt in the mid-1800s, and Abdel Rahman El-Abnudi, one of the most prominent contemporary poets. Yet no publishing and distribution house can survive in the region’s hard economic conditions, bar one.

Hypatia Publishing House, the only book publisher located in Upper Egypt, is based in Edfu, a city located on the banks of the Nile River, 134 kilometers (83 miles) from Aswan. It takes its name from the prominent Egyptian Platonic philosopher and mathematician who was executed after being accused by the Byzantine Church of practicing magic, heresy and atheism.

This name was selected after long discussions among the founders, Mohammed Ali Ibrahim, director of the publishing house, told Al-Monitor.

"Our philosophy is absolute freedom in thought, creativity, expression and publication. Hypatia — who paid with her life to defend her ideas against the extremism of the church in the Hellenistic period in Egypt — is the embodiment of our ideals,” he said.

Ibrahim explained that Hypatia's philosophy was based on testing ideas and beliefs against logic and hard facts, rather than accepting dogmas, abstractions or faith, and she welcomed rational discussion. This is also a part of his publisher's philosophy, as it “aims to discuss all ideas and to subject them to reason and logic without resorting to extremism or intolerance," he noted.

A group of young Upper Egyptians established Hypatia in May 2011 by pooling their resources. The team includes Hani Yahya, chairman of the board; Mustafa Jawhar, general coordinator of the activities of the house; Dina Suleiman, designer of most of the literature covers; Mohammad Al-Esnawy, director of distribution in charge of Cairo and Lower Egypt; and Ibrahim.

In nine years, Hypatia published about 110 books, including 49 poetry collections, 12 novels, 10 short stories collections, two theatrical plays and 37 nonfictional works. The team said that they have had unexpected success from poetry books — often a publishers’ risk. “August Winter” by Mohamed Dawood and “Iron Wings” by Abdallah Sabry have done well, and so has Ibrahim’s own short stories collection, “Dating Those You Don't Like.”

The young publishing house tried to nominate some of its books for the 2014 International Prize for Arabic Fiction — known as the Arab Booker — but Esnawy said that news of the submissions, which they posted on Facebook, raised interest in the books. The three novels submitted were "Exodus” by Muhammad Zohni, "Rats Don't Spoil Ablution” by Nadine Ayman and "Infidels" by Osama Yassin, but none made it to the longlist.

Mohamed al-Esnawy, director of distribution, told Al-Monitor that it has been hard work for the Upper Egypt publishing house, located in the farthest part of the state, to link up with the major distribution networks in the capital and the major cities, where there is a larger readership — and sales — than the villages of Upper Egypt.

"As a young publishing house that aims to discover and showcase talented young writers from Upper Egypt and all marginalized cities, it was difficult for us to persuade major distributors and chain bookstores to contract us and sell our books. They thought our books would just take up space on their shelves. However, after the success of some of our books in the first year, we were able to contract the top distributors and bookstores in Cairo and all governorates [and they took us seriously then],” he said.

Esnawy explained that the first contract was signed with the state-owned publishing and distribution house, Al-Gomhoria, followed by contracts with other major distributors like Akhbar Al-Youm, Alef, Diwan and Madbouly Library.

For Yassin, a writer from the region, the presence of this Upper Egypt publishing house is a chance for the local literary scene and an opportunity to showcase the region’s writers.

“Just like enlightenment that has moved with Hypatia from the north to the south [the philosopher was based in Alexandria], the Hypatia Publishing House tries to spread the enlightenment from the south [Upper Egypt] to the north,” Yassin told Al-Monitor.

"The house [provided a platform] for many young writers from Upper Egypt and other marginalized areas,” he added. “The house also published non-Egyptian writers that most other publishers in Egypt don't.”

Hypatia introduced novels of Sulaf Dali from Tunisia, Souad Al-Werfali from Libya and an analogy of Algerian short stories by Hidaya Merzak, a professor of literature at the University of Setif.

Perhaps the boldest on their portfolio was a new edition of the book “Shajara Code Decoded” by Sudanese thinker Imad Hassan. The book was banned in 2007 for discussing the compatibility of Darwin’s theory with some of the verses of the Holy Quran. Conservatives believe that even the debate is heresy.

After almost a decade, Hypatia still struggles to sustain its operations. The average annual production declined from about 15 books to eight or less, according to Goodreads, a social network for readers, authors, and publishing and distribution houses.

Yassin explained that the economic crisis that hit Egypt in 2016 caused all prices to go up, including prices of printing paper and ink, which are mostly imported. Transportation and distribution costs also rose due to plummeting fuel prices, all of which in turn resulted in higher prices for books.

He pointed out that the high cost has kept many Egyptians to take several jobs and therefore drop hobbies like reading, as they had no time for it.

According to Ibrahim, the stumbling block is not the price but the distribution networks. He told Al-Monitor that many bookstores were simply not very creative or resourceful in introducing or marketing books by new writers — or any writer at all — so books failed to get good sales figures. “We should be resourceful in creating links between the books and the readers. After all, that is the goal of authors and publishers alike,” he concluded.