The Hebrew publication of the hit novel Azazeel by Egyptian writer Youssef Ziedan is a positive step in the backward cultural relations between Egypt and Israel. 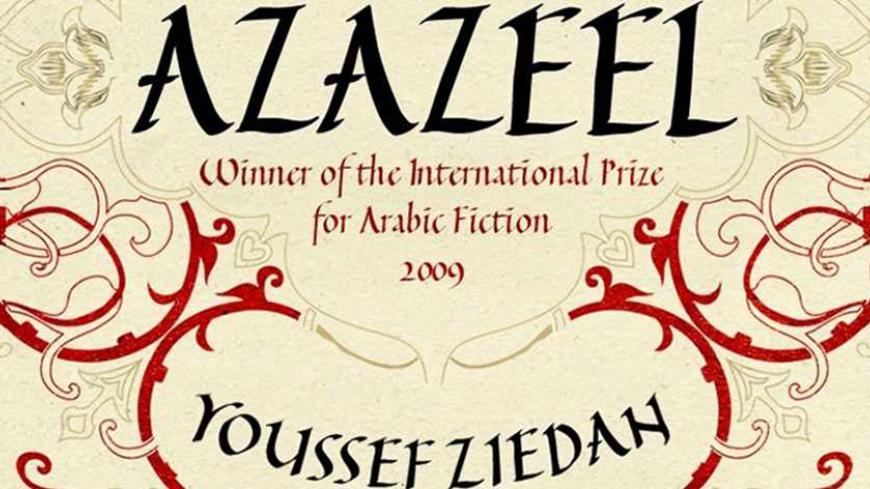 "Azazeel" by Youssef Ziedan, a writer from Alexandria who specializes in Islamic philosophy and ancient manuscripts, has been translated into Hebrew. - amazon.com

Israeli bookstores are currently being stocked with the novel Azazeel, by Youssef Ziedan, the philosopher from Alexandria. Azazeel is one of the most important books to be published in Arabic over the past decade. Now it can be read in Hebrew, too.

The plot of the story is the flight of a fifth-century Coptic monk named Hypa from his homeland in Egypt. It happens during the spread of Christianity, when agents of the church were imposing their religion by force, with strong-arm policies directed at pagans and Jews. Hypa, who witnesses brutal murders done in the name of the Holy Cross, flees from his village in Upper Egypt to Alexandria. From there he continues on to the Land of Israel, and then to the outskirts of Aleppo, searching for inner peace and tranquility. His journey is both physical and spiritual/philosophical in nature. It revolves around his struggle with "Azazeel" (which can mean "devil" or "demon"), who is actually Satan himself.

Azazeel was awarded the prestigious “Arab Booker” International Prize for Arabic Fiction in 2009, and has been translated into 16 languages. In his academic career, Ziedan specializes in Islamic philosophy and ancient manuscripts. He remained close to the themes of his research in Azazeel, but instead of searching for the truth, he imagined it. Through his protagonist, Ziedan offers a harsh critique of people who use violence in the name of religion. For anyone familiar with the author, a vocal critic of the Muslim Brotherhood in his home country, one can only wonder whether he was aiming his slings and arrows at Christians alone.

The release of an Egyptian novel in Israel is no routine event. The number of Egyptian literary translations into Hebrew is very low. If it is any consolation, the situation is worse in other forms of cultural expression. In cinema, sports and theater, for example, there is zero contact between the two societies. The main barrier facing Israeli publishers is the opposition by authors in Cairo to granting Israelis the rights to translate their books. This opposition is political in nature, with the ongoing occupation of the Palestinian territories is cited as the reason. For many years, this opposition has been backed by the Egyptian authorities. Just three years ago, Ziedan’s colleague Alaa Al-Aswany protested when he learned that his best-seller The Yacoubian Building, which had been translated into Hebrew on the Internet, was distributed online without his permission.

And so, the Israeli consumer of prose has been forced to make do, at least until now, with a meager selection of Egyptian literature, which includes a few works by Nobel Prize laureate Naguib Mahfouz, the short stories of Egyptian feminist Nawal Saadawi and satirical plays such as Lenin El-Ramly’s "Saadon the Mad" and Ali Salem’s "The Oedipus Comedy: You Are the One Who Killed the Monster."

Things aren’t much better for Egyptian readers. Any initiative to translate books from Hebrew raises eyebrows in political or government circles in Cairo. Over the years, the Egyptian regime has acquiesced in silence to a public boycott of any local publisher, translator or local author who publishes a title resulting from contact with Israelis. On the other hand, the Egyptian reader has not been asked whether he is prepared to participate in the national effort to curb the infiltration of Hebrew culture. “Public opinion” (a code word for policymakers) has decided for him that he has no interest in reading David Grossman or other Israeli authors, since this would contribute to strengthening Israel culturally and weaken the standing of the Palestinians.

Any Egyptian publisher, journalist or author who has committed the sin of open cooperation with Israelis has been shunned and risks expulsion from the professional association to which he belongs. Even the legal system will not defend him. Such was the fate of satirist Ali Salem, who was suspended from the Writers Union after visiting Israel and publishing a travelogue describing his experiences there. Another Egyptian, philosopher Amin Al-Mahdi, published a few works of Hebrew literature in Arabic, including My Michael by Amos Oz and Mozart Wasn’t Jewish by Gabriela Avigur-Rotem. Not only that, but Al-Mahdi also approved an Israeli translation of his book The Crisis of Democracy and Peace, a surprising analysis of the relationship of forces within Israeli politics (published under the title The Other Opinion by HaKibbutz HaMeuhad in 2001). As a result, he was so completely shunned by the Egyptian media that he disappeared from the public discourse.

In a 2008 newspaper interview given by then- Minister of Culture Farouk Hosni, the Egyptian minister declared that if he found Israeli books in the Library of Alexandria, he would set them on fire. More than just testifying to the character of the painter and intellectual who held the title of minister, the comment represented the predominant attitude toward Hebrew culture among the Egyptian ruling class. Many years before Hosni’s slip of the tongue, Mahfouz suggested to his followers that they declare the death of Egyptian culture if it is so fearful of an Israeli invasion. That was the esteemed author's polemic with his country’s leadership and opponents of normalization. Inevitably, his remarks were lost in the commotion caused by the slogan-peddlers and merchants.

Successive Israeli governments have not done enough to change this situation. In fact, they have responded passively to it. It is rare for them to encourage the consumption of Arabic culture or contact between Israelis and their neighbors, certainly not in the fields of literature, poetry and theater. Whenever they pounded on the table in front of their Egyptian colleagues, their complaints were limited to security issues. Apart from the single case of Hosni, against whom Jerusalem took action to prevent his much longed-for appointment as director-general of UNESCO, no Israeli politician has found fault with the fact that Jerusalem’s ally has consistent boycotted the products of Israeli culture. Diplomatic and security cooperation has convinced the Israelis that there is peace between them and Egypt. Actually, it is a diplomatic and military alliance which does not offer what is needed to leave future generations a legacy based on acceptance and neighborly relations.

What the devil does all this have to do with Azazeel? Like Mahfouz before him, Ziedan is an exception. While a British publisher was indeed involved with the translation of his book into Hebrew by the Kinneret Zmora Dvir publishing house, it is safe to assume that Ziedan was not opposed to the project. Regardless, it is a welcome initiative. The Israeli reader will certainly enjoy the Hebrew-language edition, and the Egyptian author will gain recognition in Israel.

And what about the Palestinians? They’re fine, thank you. They’ve been maintaining contact with Israelis in many different fields for a very long time now.