The ALEF bookstore chain, beloved for its wide selection of books and engaging salespeople, has closed its doors after accusations of links to the Muslim Brotherhood. 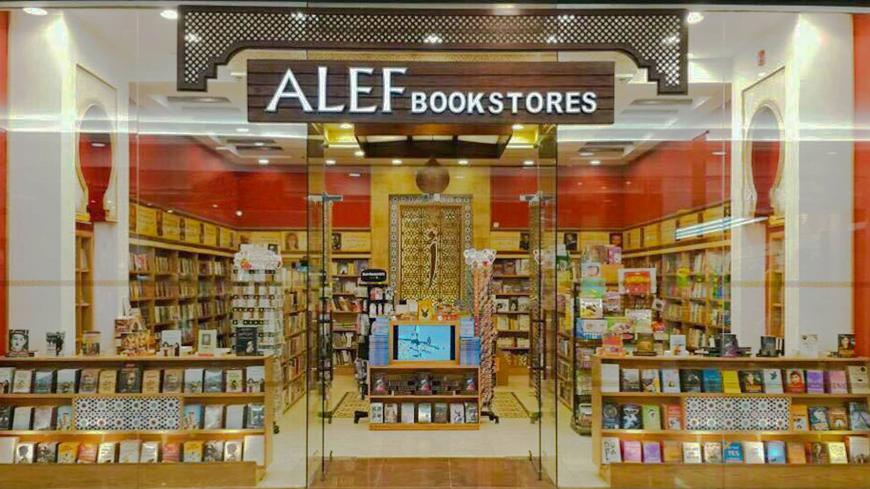 An ALEF bookstore in Cairo, Egypt, seen in a picture uploaded Feb. 11, 2017. - Facebook/AlefBookstores

CAIRO — In the Cairo International Book Fair, the oldest and largest annual literary gathering in the Middle East, there is one conspicuous absence this year. ALEF, one of the regulars with a huge stand in the past, is no longer there to offer books from small publishers and budding writers. The bookstore chain closed the last of its 37 branches on Dec. 28 after allegations that it was linked to the Muslim Brotherhood.

For Cairo’s bibliophiles, ALEF was a book lover’s paradise: a good and varied selection of books, good prices and good salespeople with a knack for finding requested books and suggesting new ones to suit customers’ taste.

“I was no great reader until I stepped into ALEF and met a salesperson who, after a few minutes of chatting, handed me a book on metaphysics, my great interest,” one reader, a college graduate, told Al-Monitor. She did not want to give her full name like others interviewed, worried about speaking positively on a bookstore linked to the Muslim Brotherhood. “After this initiation, I just kept going back for more.”

She said she believed that people would read more with the help of salespeople and teachers, who can direct them toward what they like to read. “In that sense, ALEF was unique because they chose their team among the young people who love reading and are very cultured,” she commented. “The employees of ALEF are good at what they do, directing me to alternatives if I didn't find the book or novel that I was looking for.”

The 10-year-old bookstore chain established its first store in Heliopolis, one of the more affluent areas of Cairo, in July 2009. Since then, it quickly opened new branches and became the nation's second leading bookstore chain after Diwan that sold a wide selection of books from a variety of publishing houses. It also promoted itself on social media with seminars and events.

An accountant in an Egyptian bank told Al-Monitor on condition of anonymity that ALEF's advantage lay in its diversity. “They had books in a variety of fields such as business administration, marketing and electronic marketing and books in languages ​​other than Arabic and English. There were French or Italian books or local books from small publishing houses,” he said.

The fall of ALEF came in August 2017, when a state-run committee tasked with seizing the funds and assets of Muslim Brotherhood affiliates took control of the chain's assets along with 16 other organizations accused of belonging to Brotherhood members. Under Egyptian law, when a business is put under state custody, its owners aren't allowed to access its revenues and must manage it under the financial supervision of the committee.

Things took a turn for the worse in June 2019 when Omar El-Sheneti, ALEF’s co-founder, majority shareholder and managing director, was arrested. He was accused of membership in the Muslim Brotherhood, which Egypt calls a terrorist group.

The arrest was surprising for many. Nothing from the past of El-Sheneti, an economist, indicated that he had been involved in a political fraction. His political activities consisted of attending public seminars and writing articles that criticized the state's economic policies.

But the seizure and arrest led to the decline of the chain, whose branches closed one after another and team of 250 let go. When the last branch was closed on Dec. 28, Egyptian writer Ayman Howera wrote on Facebook: "10 years of success, including 8 years of brilliance … 37 branches and more than 250 employees and an inspiring success story for its team has come to an end.”

A former ALEF upper management source who asked for anonymity told Al-Monitor that the chain stocked many books that opposed the Brotherhood, including those written by Tharwat Al-Kharbawi, the dissident leader of the Muslim Brotherhood.

“Why would a bookstore carry anti-Muslim Brotherhood literature if its owner were a member of the Brotherhood?” he asked.

“Omar El-Sheneti, who has a wide business network, might unintentionally have had business dealings with some circles or people who belong to the Muslim Brotherhood secretly,” he said, adding that if so, such contacts should be swiftly investigated.

Some customers and small publishers called on social media for the case of El-Sheneti and ALEF to be reexamined. Al-Monitor's ALEF source said that he hoped that solidarity campaigns by readers, activists and publishers will persuade Cairo to reconsider the case and allow ALEF to return to operation.

Publishers say that their costs are getting higher with rising costs of paper and ink, which are imported in foreign currency. They have become more costly since the decision to liberate the exchange rate in November 2016, which led to an increase in the value of foreign currency against the Egyptian pound.

Mohamed Bakry, who works in distribution for Hipatia Press, told Al-Monitor that the end of ALEF adds a major obstacle to small publishers, as they do not have their own outlets across the country like bigger houses do, such as Dar Al-Shorouk and Al-Ahram, who hold the copyrights of iconic writers such as Mohamed Hassanin Heikal and Naguib Mahfouz.

"Bookstore such as Diwan and ALEF are important for the distribution of our books, often written by budding writers. It is through their branches that these authors reach readers throughout the country,” he said.

Teacher Ihab Mosaad told Al-Monitor that the ALEF and Diwan stores, "since they were huge, got good prices from publishers, allowing them to make attractive offers to customers.” He warned that the closure of the ALEF bookstores will drive readers to secondhand stores, such as Al-Azbakeya market, or simply buy cheaper pirated books.