The Palestinian Authority declared a state of emergency in response to COVID-19, but critics believe it's a cover for the body to make political arrests. 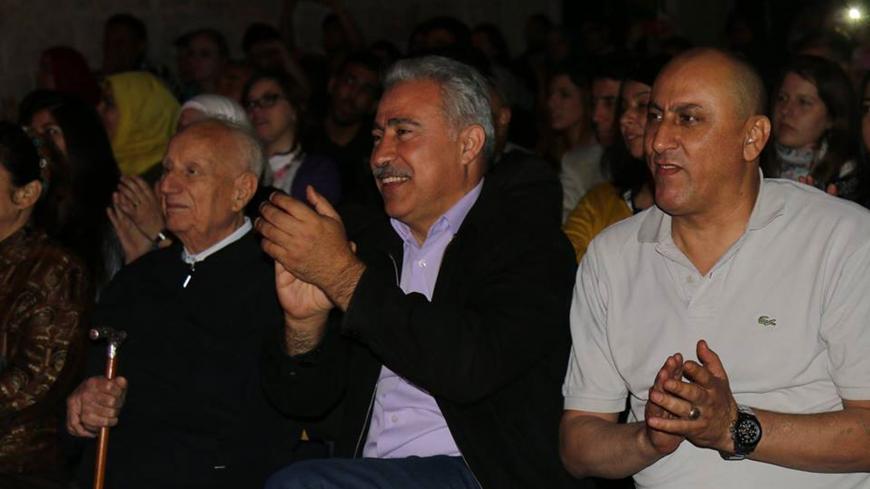 RAMALLAH, West Bank — The state of emergency Palestinian President Mahmoud Abbas declared March 5 to counter the coronavirus, known as COVID-19, raised fears about it being a cover for political arrests. His decree was followed the next day by Palestinian Prime Minister Mohammad Shtayyeh shutting down the government for a month.

Despite reassurances from the government that the actions aren't politically motivated, the public's fears were compounded by the Palestinian Preventive Security (PPS) arresting a former member of the Palestinian Legislative Council (PLC) representing Fatah, Hussam Khader, just hours after the state of emergency was declared. The PPS stormed his house in the Balata refugee camp near Nablus in the West Bank. He was then released March 9 after he went on a hunger strike the first day of his arrest, refusing to eat, drink or take his medicine.

He was arrested after he criticized Abbas in a Facebook post March 1, questioning the president's mental health after Abbas described the Palestinian Medical Association strike in the West Bank "despicable" in a speech.

Khader told Al-Monitor that his detention was unjustified, and the way the arrest took place was identical to the Israeli army's method. “The arrest came against the backdrop of an expression of opinion and by virtue of the Cyber Crime Law that Abbas signed [in July 2017], despite him knowing that the law is void because it wasn't approved by the PLC.”

Khader was one of Fatah’s most prominent leaders during the first intifada, which erupted in 1987. He spent dozens of years in Israeli prisons. He was elected to the PLC representing Fatah in the first legislative council of the Palestinian Authority (PA) in 1996.

The Palestinian government has sought to dismiss any fears or doubts among citizens and human rights institutions regarding the state of emergency, and to demonstrate that it doesn't intend to use it to tighten its security grip or for political persecution, but rather to prevent the spread of COVID-19 in the West Bank. There were 16 cases reported in Bethlehem as of March 6. Israeli Defense Minister Naftali Bennett placed Bethlehem under quarantine March 5, though only seven cases had been reported. As of March 13, the Palestinian territories reported a total of 38 active cases.

In addition, 15 Americans were being isolated for observation in the Bethlehem hotel where the virus was first detected in the city.

Shtayyeh phoned Ammar Dwaik, head of the Independent Commission for Human Rights (ICHR), March 5 and stressed, "Declaring the state of emergency, and all accompanying measures, is to fight the virus, and the state of emergency will not be used for any other matters outside its declared goals." He said the fundamental rights of citizens will be respected under all circumstances.

Palestinians had a bad experience during the last state of emergency, which was declared June 14, 2007, when Hamas and its military wing took control of the Gaza Strip and the security headquarters, and many security personnel affiliated with the PA were killed. Subsequently, in the West Bank, crackdowns were carried out as Fatah and security forces attacked and arrested dozens of Hamas affiliates.

Usually, the frequency of political arrests in the West Bank and Gaza are closely related to political events; they increase every time there is an escalation between Fatah and Hamas.

Hossam Badran, a member of Hamas’ political bureau, said in a press statement March 6, “Exploiting the state of emergency, declared to confront the coronavirus, to implement political arrests against leaders of our people's factions is reprehensible. The state of health emergency declared by the PA leadership is linked to the health situation. The PA’s security services using this to settle political quarrels is absolutely unacceptable.” He added that, even during talks about Palestinians uniting to challenge the US peace plan, the PA has never stopped carrying out political arrests.

Even though Khader has now been released, his arrest may have sparked the beginning of a national popular campaign in the Palestinian territories to end political detention. Former deputies, intellectuals, opinion writers and academics had signed a petition March 7 calling on the president to release Khader; the effort was initiated by deputy speaker of the dissolved PLC, Hassan Khreisheh.

Khreisheh pointed out to Al-Monitor that political detention was occurring long before the state of emergency was declared and will continue after it. He said such detentions are linked to the circumstances and political events in the West Bank and Gaza, not the health emergency. "We live in very difficult conditions that require cooperation to deal with them, so I don't believe the arrests will increase," he added.

He noted that an elite group of deputies, academics, intellectuals and writers are arranging to launch a national campaign to release all political detainees and prisoners in the West Bank and Gaza. The petition demanding Khader’s release formed the nucleus of this effort.

“This campaign aims to turn political arrests or detention for expressing opinions into an issue of public opinion, which could be effective in getting these detainees released, because Palestinians must unite to face their challenges. Today, we need to confront the coronavirus crisis as well as the peace plan threatening the Palestinian cause,” Khreisheh said.

by Murielle KASPRZAK and Joseph SCHMID | AFP | May 26, 2022
END_OF_DOCUMENT_TOKEN_TO_BE_REPLACED