Lebanon has banned flights to and from countries hardest hit by the coronavirus. 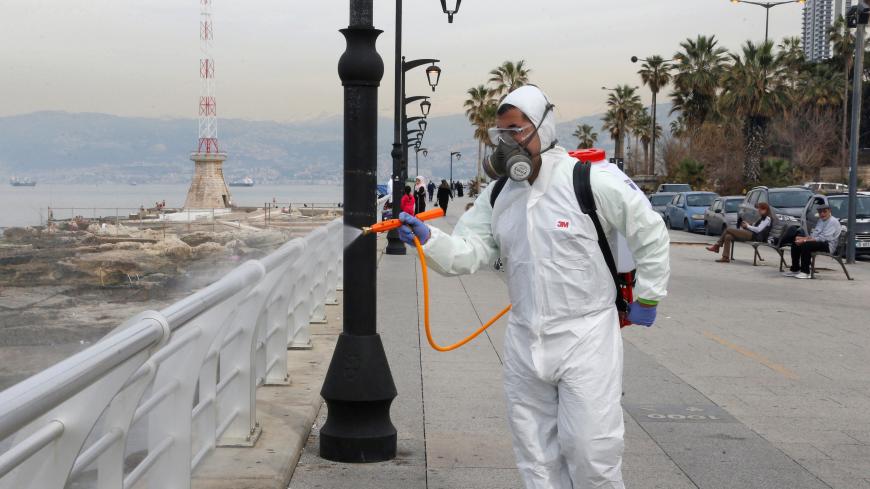 Employees from a disinfection company sanitize handrails as a precaution against the spread of the coronavirus, at Beirut's seaside Corniche, Lebanon, March 5, 2020. - REUTERS/Mohamed Azakir

Lebanon is halting all flights to and from the countries hardest hit by the coronavirus, and giving its citizens in other coronavirus-struck countries four days to return home.

The country of some 6 million people has at least 61 confirmed cases of COVID-19. In what marked the country’s first recorded death, a 56-year-old man with pre-existing health conditions contracted the disease while visiting Egypt and died March 10.

Health officials on Wednesday also confirmed the death of a 55-year-old Lebanese man who had been in contact with others who had recently traveled abroad.

The coronavirus outbreak comes as Lebanon deals with an economic crisis. The country’s financial woes, coupled with months of anti-government protests over poor living conditions, have hindered the government’s ability to deal with the coronavirus.

Even before the viral outbreak, doctors were reporting medical supply shortages and private hospitals complained the government owed them an estimated $1.3 billion in unpaid dues.

Lebanon joins a host of other Middle East countries implementing temporary travel restrictions. On March 9, Saudi Arabia extended its travel ban to include 14 countries, and Israel announced all those returning to the country must self-quarantine for two weeks.