Members of the Arab Joint List are proud of their achievement of 15 Knesset seats, but are deeply disappointed over the failure of the left-wing camp. 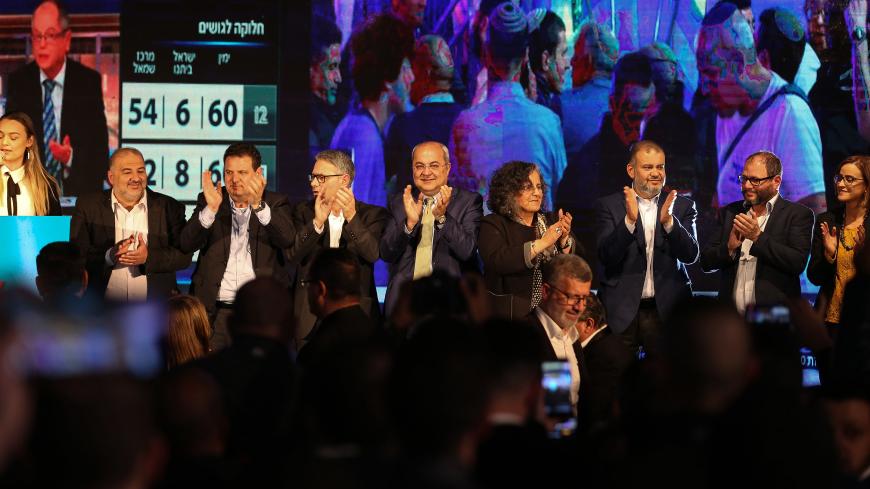 Mixed feelings of victory and a missed opportunity, happiness and frustration, pride and disappointed accurately describe the emotions at the headquarters of the Arab Joint List with the airing of the exit polls at 10 p.m. local time on March 2. The high turnout of Arab voters, probably around 69%, brought the Joint List to the unprecedented achievement of 15 Knesset seats (according to Channel 11 and  Channel 12 exit polls) or 14 seats (as per the Channel 13 exit polls). There is thus no doubt that in the 2020 elections, the alliance of four Arab parties managed to restore the trust of the Arab community in Israel’s political system, which has done its best to alienate the 21% minority and continues to do so. The last time that happened was in 1999, when Arab voter turnout almost equaled the general turnout (75% compared to 78.7%). The high March 2 turnout attests to a healing of the wounds inflicted by the October 2000 rioting, in which police shot dead 12 Israeli-Arabs and one non-Israeli Palestinian, and an end to the subsequent Arab voter boycott.

“Arab society has taken a big step and heeded the call to come out and vote,” the Arab Joint List chair, Knesset member Ayman Odeh, said with satisfaction. However, his fellow Knesset member Yousef Jabarin also expressed disappointment. “Arab voters came out en masse to the ballot boxes and expressed their confidence in us. We are proud of our growing strength and will stand up to the radical right and its destructive initiatives. Blue and White did not present a real alternative, did not offer hope and its dreams of a 'Jewish majority' were a failure in the making,” he tweeted.

The Joint List knows it cannot prevent the formation of a narrow-based right-wing government led by Prime Minister Benjamin Netanyahu. Even with its 15 seats in the 120-member legislature, the Arab party will be unable to block the resurgent Netanyahu. The incitement and discrimination against the Arab community will persist, so that in point of fact nothing will change. In other words, the Knesset members of the Joint List will not be able to do anything for their voters with their newly gained 15 seats that they could not do with the 13 they garnered last time, in September 2019. Thus, the blame they attribute to the centrist Blue and White opposition party, and especially to its chair, Benny Gantz, is justified. The Joint List carried out its mission with success and improved its showing at the polls, which under different circumstances could have determined the balance of power between the right-wing ultra-Orthodox bloc of parties and the center-left, or at least blocked a Netanyahu-led coalition. However, Blue and White’s declared rejection of any partnership or relationship with the Joint List in a bid to curry favor with centrist and right-wing voters, and the scandalous campaign it conducted as a result, lost it the elections.

Joint List leaders, especially Odeh and Knesset member Ahmad Tibi, led a pragmatic line designed to bring Arab society into the fold of Israeli politics as an accepted, inherent part of Israeli society. They worked hard to offer hope of change, primarily an end to the Netanyahu regime, but ultimately failed in their task. While the Joint List won the battle, it lost the war, as it was left without partners. Netanyahu is not going home. Even if all 15 Arab Knesset members recommend to President Reuven Rivlin that he task Gantz with forming the next government, they will not bring about change and replace the right-wing government.

In the September 2019 election campaign, 10 of the Joint List Knesset members recommended to Rivlin that he give Gantz first crack at forming a coalition government. And what did they get in return? A Netanyahu clone. Gantz was dragged along by Netanyahu, who managed to convince voters that the former army chief would not be able to form any government without the support of the Joint List, a priori discrediting such an alliance. Gantz, on the other hand, proved to be a poor campaigner, imposing a boycott on the Joint List and failing to explain to the public and the media how he would form a government without the Joint List, which he excluded. Instead of distinguishing his party from its Likud rival, Gantz chose to humiliate the Arab Joint List.

The Blue and White legislators did not even understand what was wrong with the goal they set of achieving a “Jewish majority” in the March 2 elections. They failed to understand that this supposedly technical definition of seats in the Knesset (of Jewish-Israeli parties) sounds racist. Blue and White also failed to understand that vetoing any partnership with the Joint List was a position unpalatable to both Arab voters and those Jewish voters who had hoped to see a Jewish-Arab partnership as a sane alternative to the Netanyahu regime.

In an interview with the Ynet website after the exit polls were aired, Odeh was asked whether he would once again recommend to Rivlin that he task Gantz with forming the next government (which would not help him in any case). “What would we recommend, a Jewish majority? A Zionist one? Unilateral annexation? If Gantz wants a certain recommendation, let him call us, talk to us. We want to understand the direction.” And that is exactly the problem, Blue and White does not have one.

The Joint List swept up Arab voters and got out the vote in a turnout similar to the Jewish one. That is a very impressive achievement. Voters gave the Joint List significant parliamentary power, although they knew that chances were slim that their vote would increase the prospects of their elected officials joining a future coalition government. Neither Blue and White nor Likud view them as equal partners.

The previous campaign ahead of the September 2019 elections, which resulted in the strengthening of the Joint List and a return of its voters to the polling stations, brought about a change in perception — on the part of Netanyahu, of all people. Whereas Gantz displayed cowardice and unthinkingly lashed out at the Joint List, Netanyahu actually courted Arab votes. As I wrote here previously, of course Netanyahu did not delude himself into thinking that Arab voters would give his Likud more Knesset seats, but he tried to reduce their motivation to vote for the Joint List and thereby keep as many of them as possible at home on election day. He knew, of course, that incitement against them would bring out Arab voters in droves. In any case, his ploy failed and the current elections testify to an increase in the number of Arab voters. On the other hand, Gantz fell into the trap Netanyahu set for him and was dragged into boycotting the Joint List.

Barring the unexpected that would force Israelis into a fourth round of elections, Netanyahu will likely continue with the same strategy. In other words, he will treat the Arabs as a rising political force that could block his attempts to form a government, and portray himself as one who views them as equal citizens. That is exactly what could constitute an achievement for the Joint List — that Netanyahu would be forced to view their constituents as equal citizens, whose voice at the ballot box could affect his political and personal fate.