Israel’s Zionist left down but not out

Many supporters of the Zionist left voted this time for the Blue and White Party, but the constituency is likely to return to its political home as soon as it has a new leadership and focus. 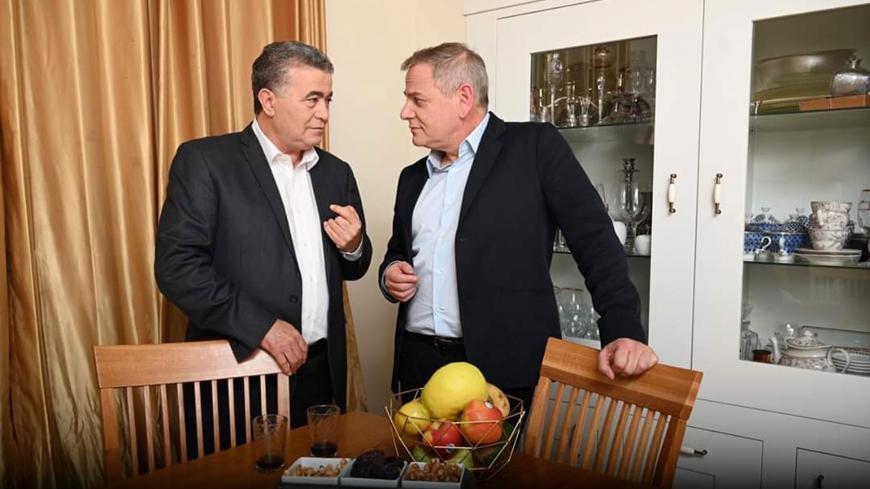 Despite Prime Minister Benjamin Netanyahu's claims, the ultra-nationalist/ultra-Orthodox bloc did not come out on top in the third round of elections. It still lacks the majority needed to compose a coalition. At the same time, the Zionist left did not disappear. For the time being, the right cannot establish a government on its own, a government that some argue would undermine the rule of law in Israel, turn the government and the Knesset into a refuge for criminals and make a mockery of international law with the underhanded backup of the US president in his last months of tenure. Instead, perhaps the best Netanyahu can do is to cobble together a national unity government, which would be preferable to a fourth election campaign. The main advantage and also handicap of a unity government would be that either side could halt any initiative by the other.

True, the trilateral union of the Labor Party, Meretz and Gesher won only seven Knesset seats, but it does not mean the Zionist left is on its way out or that Israel is not interested in peace with its neighbors. In every democracy there is right and left, conservatives and liberals, even if the details change.

Does France have no social democrats after the great majority voted for the rather ideologically empty party of Emmanuel Macron? Of course not. We can assume that in the next election or the one after that, Macron's new party will fade into the shadows and the center-left voters will return to the traditional parties. Or perhaps a new party will arise in the center left to attract their attention.

The most important thing is to engage and excite the voters, to convince them that voting for a specific party will bring about the change they hope for and that the personality at the top is worthy of their trust and faith. This is no easy task for long-standing parties. Meretz won 12 seats in the 1992 elections, riding the excitement over the union of Ratz, Mapam and Shinui in a single list. In the next elections, Meretz dipped to nine seats and Shinui left the union. Meretz has received between three and six seats in elections thereafter, but by continuing to hold clear stances on peace as well as its struggle for civil equality and human rights in Israel, the party has remained attractive to highly educated middle-class voters.

Labor continued to stress social justice and ensuring Israel's status as a Jewish democratic state through the two-state solution. However, the party’s continued desire to join the government, even in a subordinate role within the coalition — has cost it the trust of its voters. Labor’s messages were not sufficiently clear and its leaders, as good as they were, were unable to attract the masses, or — at least — interest them.

Over the last year, center-left voters have turned to the Blue and White list because their top concern is ridding the country of the Likud headed by Netanyahu. They believe — a self-fulfilling prophecy — that the party with the greatest chance to replace Netanyahu is the Blue and White, whose three former chiefs of staff are determined to save the country from Netanyahu.

Blue and White, much like the defunct Kadima Party once headed by Ariel Sharon, is not a true centrist party emphasizing promoting the middle class and economic conservatism. Instead, it is a combination of former members of parties on the right and left who share a very narrow common denominator. When the voters discover that their party lacks well defined priority lists and programs, they tend to drift back to their original home base. For example, after the Likud took only 12 seats in 2006, many of its members returned once Kadima fell apart, and the Likud resumed its prior dimensions.

A similar phenomenon took place in 1981: The Democratic Movement for Change headed by Yigal Aydin received 15 Knesset seats in 1977, but the party fell apart during its only term in the Knesset. All its 15 seats returned in 1981 to Labor under another name headed by Shimon Peres, and the party reached 47 seats.

Labor and Meretz should have merged decades ago. When it finally took place, there was no enthusiasm left for a union made only to ensure that the two parties would pass the electoral threshold. Still, this new alliance needs to keep itself intact, whether to receive the disappointed Blue and White members after the 23rd Knesset falls apart, but also to make the necessary conceptual and personnel changes to remain relevant going forward.

The Labor-Meretz alliance needs to join a national unity government, should one be formed. This way, its senior members could prove that they are capable of filling important positions and roles. At the same time, this alliance must insist on its principles, such as opposing any territorial annexation that is not dependent on an agreement with the Palestinians and irresponsible construction in the occupied territories.

But we must not sit on the fence or confine ourselves to blocking dangerous processes. It is important to create a priority list and offer ideas without worrying about controversy. Some suggestions: calling for implementation of the two-state solution in the framework of a confederation between two independent and sovereign states that decide on spheres of cooperation. It could create an interesting discussion in Israeli society that could offer an electoral advantage to those who raise the issue and fight for it. The social-democrat Israeli may want to keep close tabs on the Democratic primaries in the United States and understand that any eulogizing of this political movement is premature.