Israel’s Mossad received instructions to get ventilators and coronavirus test kits from wherever it can, at whatever price and by whatever means. 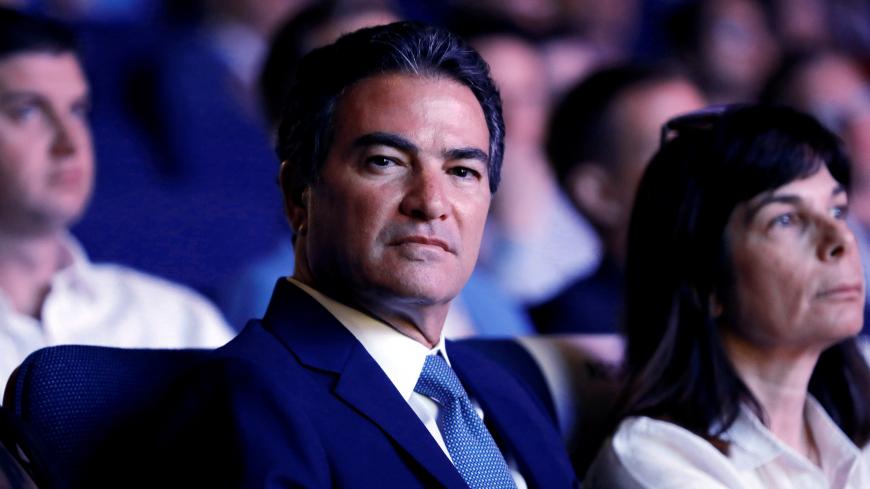 Yossi Cohen, head of Israel’s Mossad, has learned a very interesting lesson over the recent weeks: It is easier to “steal” the Iranian nuclear archives and transfer them to Israel than to procure medical ventilators and bring them to Israel’s hospitals. Cohen, who orchestrated in 2018 the unbelievable operation in which Mossad agents went off with the Iranian files under the noses of the regime in Tehran, now heads the unprecedented effort to bring to Israel ventilators, medical equipment and more in the war against the coronavirus. Cohen now heads a secret undercover operations room that was created in the Sheba hospital. Hundreds of his people are combing every corner of the globe for vital equipment and technology. They don’t have a limit on their budget, and the order they received was to do everything and anything to guarantee that Israel will be able to cope with the virus under optimal conditions.

Israel correctly responded to the coronavirus early in the game. The initial decisions to close Israel’s airspace and limit entrance to people from China and other places were made just in time. This gave the country some breathing space before the virus actually erupted. But almost nothing was done with regard to anti-coronavirus equipment until the virus inhabited the country and began to spread. The Israeli health system was caught unprepared; it had been subject to ongoing budget cutbacks, as well as general neglect, in the last decade.

The Israeli health system as a whole is viewed as successful and efficient. Israel has a National Health Insurance Law that provides free health coverage to all its citizens and a network of family and community clinics that are among the world’s most developed. On the other hand, the numbers of nurses and intensive-care beds per capita are among the lowest in the West. The rates of death from infection within the hospitals are increasing and viewed as one of the highest in the West.

The coronavirus caught Israel with less than 2,000 ventilators and a chronic shortage of protective clothing, surgical masks, N95 masks, coronavirus test kits, special swabs and more. The Health Ministry’s worst-case scenario talks about a million coronavirus carriers in the month of May; this translates into about 10,000 patients in serious condition who will need ventilators. Netanyahu’s nightmare is to see thousands of coronavirus patients die due to a lack of ventilators.

The prime minister, who has an anxious temperament and often exaggerates threats and invents worst-case scenarios, is afraid of Israel becoming the Mediterranean version of Italy where the health system collapsed in light of the plethora of people in serious condition. He knows that pictures of Israeli coronavirus sufferers dying due to a lack of ventilators would mark the end of his political career. That's why it was inevitable that he appointed Cohen to the job of procuring the necessary equipment. The Mossad is Netanyahu’s secret weapon — it is very popular in the Israeli public. In addition, as opposed to the defense system and the Israel Defense Forces (IDF) — which are under Defense Minister Naftali Bennett — the direct commander-in-chief of the Mossad is Netanyahu. This allows him to take public and political credit for the Mossad’s success.

Not only Mossad people are sitting in this national war room. Hundreds of people from Israel’s various defense systems are involved, including the following: the Administration for the Development of Weapons and Technological Infrastructure in the IDF; the Defense Ministry’s acquisition directors; Intelligence people; technology experts from Aman’s 8200 cyber unit; cyber experts from other agencies and many other people, some from secret units that were only revealed now in light of the coronavirus crisis. One example is Aman’s technological unit that has been operating for years under the heavy cloak of secrecy and was “declassified” now by the IDF spokesman in order to demonstrate to the Israelis how their well-stocked defense system has joined the anti-coronavirus war.

At the head of the war room, under the Mossad chief, stands the head of Mossad’s technology wing that leads all the activities. He is the direct representative of Cohen in the headquarters. Cohen himself visits once a day and heads a follow-up session that includes a summary and evaluation of the efforts made. The war room arose almost overnight in the Innovations Center of the Sheba hospital. Do what has to be done, money is not a problem, you are even allowed to nationalize enterprises here in Israel in order to manufacture and equip yourselves, directed the prime minister. On March 31, Bennett revealed that Israel has spent more than 2 billion shekels ($560 million) on its acquisition efforts, with no end in sight.

Mossad people, scattered throughout the world, are now creating a new “battle heritage” in a totally new field. They raid factories, make connections with manufacturers, urgently dispatch boats and trucks to all kinds of strange sites, only to discover how this world is full of swindlers and con men. In one case, middlemen tried to peddle counterfeit coronavirus test sets to the Mossad. In another case, a Mossad truck rushed to an industrial plant in Europe only to discover that another truck, sent by the German government, had beaten them by a single hour and emptied out the entire inventory. A delivery of 100,000 coronavirus test sets, which the Mossad found in the Persian Gulf, reached Israel — and only then did they discover that the sets were unsuitable.

But along with the failures came successes as well. Twenty-seven ventilators were brought to Israel on Tuesday morning in a special operation; hundreds of additional ventilators are on their way. They also got their hands on new technology to create ventilators, and 30 Israeli factories have begun the race against time to create these machines that can hopefully resolve the shortage in a few weeks.

“It’s similar to an armament race,” one of the war room people told Al-Monitor on condition of anonymity. “Once upon a time, countries competed in acquiring weapons and war materials. Next was the nuclear-armament race, and now everyone’s searching for ventilators. The prices have gone up at least 500% for ventilators as well as all the other protection measures connected to the coronavirus. Countries impose embargoes; they prohibit exports. People offer crazy prices and make senseless promises in order to get what we need. Into all this, we bring the special abilities of the Mossad, the far-away and dangerous places that are accessible to us, our special ties. We hope that we will be successful.”