Woman of Ninevah, a magazine that aims to give voice to women in the region, was launched on March 8, on International Women's Day. 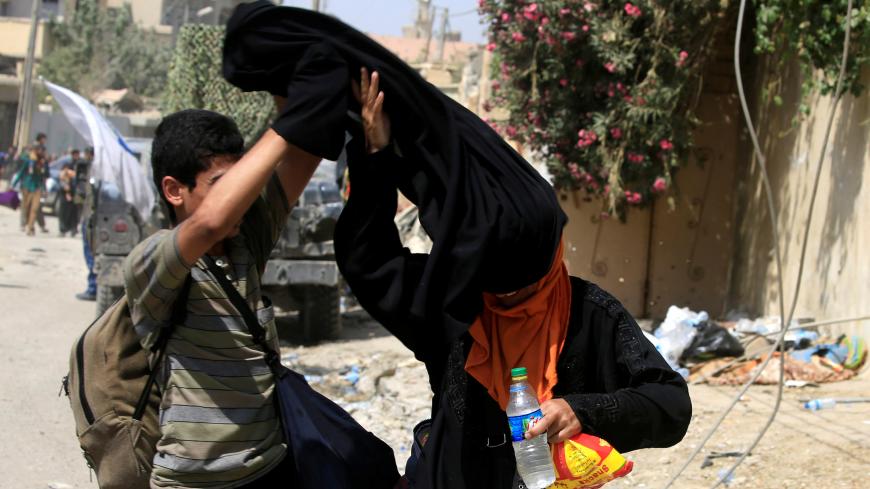 ERBIL, Iraq — A religiously diverse group of women from Iraq’s Ninevah Plains launched a women's magazine called Women of Ninevah on March 8, International Women's Day, to give a voice to women's issues in the region.

The Ninevah Plains and Mosul endured the worst of the fighting with the Islamic State (IS), which killed and enslaved thousands — particularly minorities and women — in the ethnically and religiously diverse area.

Much of Iraq is currently engulfed in anti-government protests against corruption, sectarianism and lack of employment opportunities. The Ninevah Plains and Mosul, however, are quiet. Many residents fear a crackdown by militias of the pro-Iran Popular Mobilization Units that control much of the area if they join the protest movement.

Some female activists and journalists from the area want to address women’s issues with the new magazine that would show women as they are — not as IS saw them.

“They [IS militants] taught people that no one can see a woman without a cover,” Rasha Wahab, one of the founders of the magazine, told Al-Monitor. “Through this magazine, people can see it is normal for women to not cover.”

The magazine is the brainchild of the Peace and Freedom Organization (PFO), an Iraqi nongovernmental organization (NGO) that works to improve relations between northern Iraq’s different ethnic and religious groups. The Dutch NGO PAX also supports the magazine financially.

Wahab, who is from Mosul but now lives in Dahuk in Iraq’s Kurdistan Region, is the organization’s gender adviser and previously worked as a journalist at the Iraqi outlet Sharqiya. She and veteran Kurdish journalist Rezgar Suleiman, also from PFO, ran a training for the magazine in the Kurdish capital Erbil in February. At the training, the writers — activists and journalists from the area’s different sects, and Christians, Shabak, Yazidis, Shiites and Sunnis — wrote articles for the magazine’s first issue. The writers were mostly women, but there were also men among them.

They decided on the magazine's name during the session. At the training, Wahab and Suleiman went over headline writing, conducting interviews and article structure. They aim to print Women of Ninevah monthly, and volunteers will distribute it throughout the region, Suleiman said.

Women in Ninevah lack access to and representation in the media, Wahab said, noting, “We have no independent media in Iraq, especially in Ninevah." She added that there was no platform where "women can discuss their issues.”

“Women in villages can’t talk about their problems,” she said. “Some are uneducated, or can’t read or write. Most are poor. Many are unaware of their legal rights."

A major goal of the magazine is to increase understanding among the women of different religious beliefs in Ninevah. “They don’t talk [to each other], so they have incorrect ideas about each other,” Wahab said.

There are religious tensions in Ninevah post-IS. Some Christians accuse members of the Shabak religious minority of taking their homes. Others believe in incorrect stereotypes about the Yazidis, including the belief that they worship the devil.

The first issue of Women of Ninevah addresses diverse social topics. One article warned of the effects video games have on children. Another included basic information on the coronavirus.

Others were in line with the goal of improving communal relations. One article, titled, “How a Sunni imam helped Christian and Shiite families remaining in Qaraqosh," carried an interview with Imam Abd al-Hakim Qasim. Interviewed by a Shabak woman, Qasim told the story of how most Christian and Shiite families fled the town when IS came in 2014, but a few stayed. He used his relatively safe position as a Sunni to bring food and water to them. When Christians and Sunnis left the town, he took belongings and money from their homes and sent them to the families, including gold Christian cross-shaped jewelry.

Qasim also told the story of how he had cared for an elderly Christian woman who failed to flee IS, but ultimately did not survive. “I was continuously bringing her food [to help her survive],” Qasim said in the interview. “I was shocked and saddened by her death.”

Some of the writers who attended the training said they feared rejection from the community or trouble with the authorities due to their work with the magazine. Marwa Hussein, a Shabak activist from the town of Bartella, said she did not include her picture in the magazine due to local customs. Many Iraqi women do not post pictures of their faces on social media.

Hussein wrote an article about the different types of women's fashion in Bartella, an Assyrian town that is located in northern Iraq about 21 kilometers (13 miles) east of Mosul. For Hussein, writing for the magazine is a matter of representing her community.

“There are Shabak women in the Mosul area who left [to get away from IS],” Hussein told Al-Monitor. “I want to give a voice to them with my stories.”