Iraq's religious establishment is supporting and working closely with the government to contain the COVID-19 pandemic's spread, though a minority of clerics are disregarding precautions and spreading disinformation among the public. 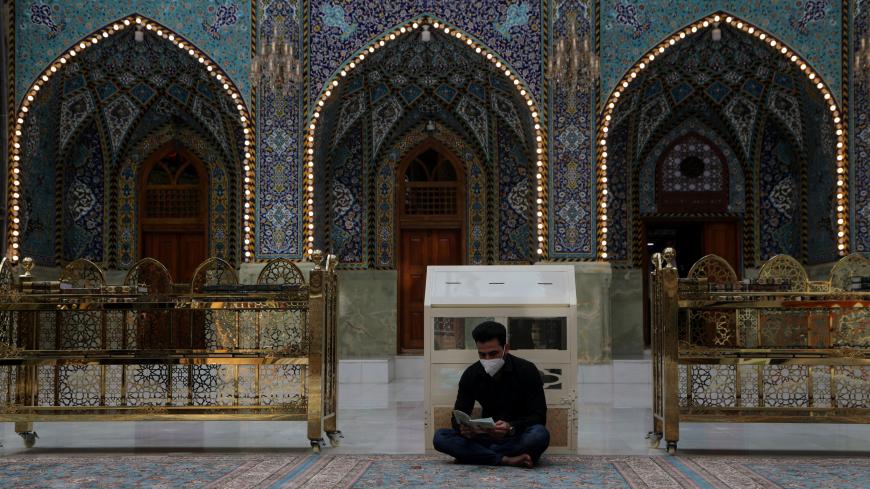 BAGHDAD — As the number of coronavirus cases grows rapidly in Iraq, the Shiite religious establishment is offering to help the government, campaigning against extremist groups that oppose health experts' recommendation to close holy shrines and mosques.

On March 24, Iraq reported a total of 316 coronavirus cases and 27 deaths, an increase of 50 new cases and four more deaths overnight, a substantial increase in number.

The Health Ministry suggested the vast number of infections are due to crowded religious ceremonies held in religious sites and people disregarding government curfews.

In his latest fatwa, issued March 22, he said social distancing is a mandatory religious task if there is any possibility of passing the virus to others. He added that anyone showing symptoms of the virus that causes COVID-19 should self-isolate and avoid putting others at risk. Anyone who passes the virus intentionally to someone who subsequently dies is considered a murderer.

Still, thousands of Shiite pilgrims defied the curfews and traveled March 22 to the Imam Musa al-Kadhim shrine in Baghdad.

Iraqi Health Minister Jaafar Allawi had previously warned that if people performed the pilgrimage, the government might not be able to contain the virus, which would spread rapidly.

Despite the campaign by the religious authorities to support the government’s measures, some controversial clerics like Muqtada al-Sadr opposed closing the shrines, and others like Sheikh Ali al-Samawi encouraged followers to attend all religious ceremonies, promising they would not be infected by the virus under any circumstances.

“Bring any infected person to me and let me kiss them and I’m quite sure that I won't contract the virus, if he is a true follower of Imam Hussein [the third Shiite Imam and grandson of the Prophet Muhammad], Samawi said in a sermon.

To stop those clerics from misleading people, the health minister sent an official letter to Sadr asking him to take the government’s measures seriously and encourage followers to listen to health experts.

Meanwhile, Sistani has said that helping to overcome the disease is a mandatory religious task. He compared fighting the virus with fighting the Islamic State, and said medical staff or anyone else who dies performing this task is a martyr. Sistani permits his followers to spend the religious tax (khums) to help infected people and anyone involved in treating them or finding a cure for the disease.

Religious authorities not only issued fatwas, they also offered their facilities to the Health Ministry to quarantine and treat the infected. Sistani representative Abdul Mahdi al-Karbalai, in a meeting with Allawi, said all the facilities of the Shiite holy shrines are available to the ministry for dealing with confirmed and suspected cases.

The religious seminary in Najaf suspended all classes in mid-February, instructing foreign students to return to their countries as soon as possible. The first case of the coronavirus in Iraq was contracted by an Iranian student in Najaf, who was placed immediately in quarantine and later sent back to Iran.

Sayyid Jawad al-Khoei, head of Al-Khoei Institute in Najaf, told Al-Monitor that the religious authorities are taking all precautions including disinfecting religious schools and facilities to slow the virus' spread.

Due to the strict measures taken in Najaf with the support of the religious establishment, the province had among the lowest number of COVID-19 cases in Iraq, with 26 as of March 24, and 1 dead.

Khoei told Al-Monitor the official position of the religious establishment in Najaf is completely in line with the Health Ministry and medical experts. He said that the only clerics who deny health officials' advice are poorly educated and have no religious authority to advise or instruct.