Though Iran’s conservatives will rule the upcoming parliament, they might not rule with an iron fist as some expect. 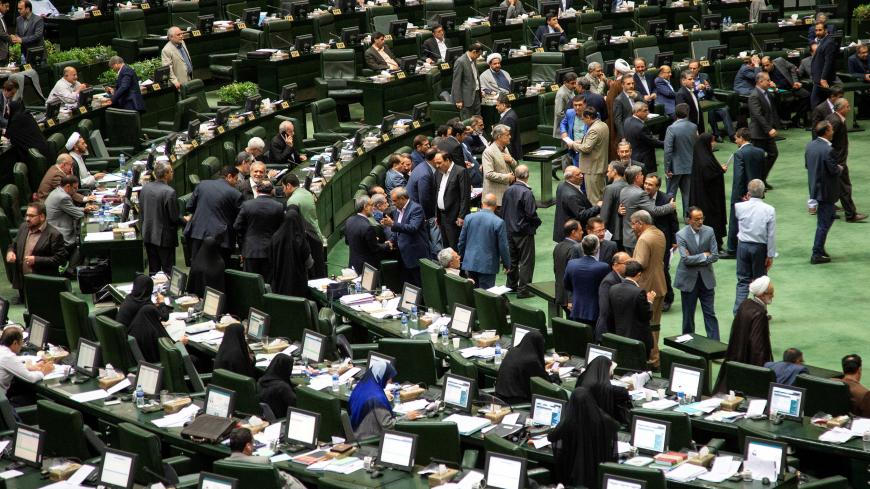 If that happens, conservatives will control most political positions — the presidency, parliament, judiciary, Assembly of Experts, Guardian Council and Expediency Discernment Council — and will have great influence on domestic and foreign policy. In contrast, Reformists, who took only about 5% of the parliamentary vote, will be virtually removed from Iranian politics for a while.

It should be noted that conservatives are not homogeneous and are divided into several subgroups, including traditional, moderate, pragmatic and radical. There will be disagreements in this new parliament (the 11th parliament, which begins meeting in June) and even competition among these groups. However, their impact on domestic and foreign policy can’t be ignored.

Their influence over foreign policy prevails in three areas: spreading ideals; rigidly defining sovereignty and independence; and emphasizing an innovative and active foreign policy, sometimes without regard to circumstances in the international arena.

Accordingly, we can expect the following:

2) There will be more coordination between Iran’s supreme leader, Ali Khamenei, and the Islamic Revolutionary Guard Corps (IRGC), especially as regards supporting the IRGC's foreign policy positions and providing more funding for the group. Parliament will act on Khamenei's foreign policy agenda, including his strong stance toward the United States, emphasizing Iran's independence and support for the axis of resistance in the region.

3) Opposition to the United States and its interventionism will grow. Washington’s "maximum pressure" strategy and the Jan. 3 assassination of Quds Force commander Maj. Gen. Qasem Soleimani will contribute to that growth. Given conservatives' harsh criticism of President Hassan Rouhani's soft approach to the West, they can’t easily compromise on their own. Accordingly, while some moderate conservatives sometimes have advocated limited negotiation with the United States to achieve certain goals, such a position seems unlikely under the present circumstances.

In this regard, former Tehran Mayor Mohammad Bagher Ghalibaf, who is expected to be the next parliament speaker, has highlighted that negotiating with US President Donald Trump is a losing proposition. If Trump is reelected in November, expect to see more of an approach where Iran's conservative parliament challenges the United States. At the same time, it won’t be easy for legislators to adopt an effective strategy against Trump.

4) Conservatives will increase their criticism of Rouhani and his record on nuclear negotiations and economic performance and his efforts to meet the demands of the Financial Action Task Force (FATF) related to money laundering and terrorist funding. That criticism helped conservatives win the legislative elections.

Although Khamenei will not agree to the impeachment of Rouhani, as some critics have recommended, the strength of conservatives in the upcoming parliament will make it harder for Rouhani to pursue his foreign policy agenda.

5) Support for the axis of resistance and opposition to Israel will strengthen. Conservatives will seek to unite Islamic societies and support Muslims, especially the oppressed, including in Palestine, Syria, Iraq, Bahrain, Yemen and Afghanistan. This support signals Iran's regional influence and its active foreign policy. Parliament will heighten opposition to Israel as an occupying oppressor state and decry Israel's expansionist plans and Trump's plans for Israel, including the so-called “deal of the century” peace plan.

6) The strategy of “look to the East” will gain credence. This strategy was emphasized during Ahmadinejad’s presidency. Its purpose is to strengthen ties with China and Russia to reduce US pressure. However, conservatives view China and Russia only as balancers against the United States, and conservatives’ rigid definition of independence applies to relations with Russia and China, too. That is, they are sensitive to any measures that make Iran dependent on Moscow or Beijing. Conservatives' opposition to Iran's military cooperation with Russia at an air base near Hamadan in 2016 reflected this hard approach.

7) Conservatives see Iran's nuclear and missile programs as part of Iran's industrial development plan and a sign of its independence, and therefore will insist on pursuing them. Some conservatives opposed the 2015 Joint Comprehensive Plan of Action (JCPOA) nuclear deal with world powers, seeing it as an obstacle. This position can be followed up by parliament further reducing JCPOA compliance and increasing nuclear activities. If the United States increases the pressure, Iran could withdraw from the JCPOA and even the Nuclear Non-Proliferation Treaty. (Iran has already stopped meeting many of its commitments under the JCPOA following the US withdrawal from the pact in 2018.) Reformist parliament member Shahabaddin Bimeghdar doesn’t rule out the possibility that conservatives with a populist approach may seek to leave both deals completely. Conservatives’ approach to Iran's missile program is subject to the same logic as the nuclear program, and they consider it part of the framework of the country's legitimate defense of national sovereignty and territorial integrity. They will oppose any negotiation, agreement or restriction.

Although many observers speculate that conservatives will take radical steps in foreign policy, there are some limitations that rebut this assumption.

Parliament’s place in Iran’s power structure is complex, and its influence on foreign policy is limited. When conservatives dominate various power institutions, parliament can play a greater role in foreign policy through legislation and oversight, but other individuals and institutions will ration its power. The supreme leader delineates and supervises general policies, including foreign policy issues, and the president is responsible for implementing them. The Supreme National Security Council and the IRGC are also influential in foreign policy and their strong roles can diminish parliament’s.

Naturally, there will be disagreements and rivalries between these groups in the 11th parliament, which will hinder consensus on defining a common strategy in foreign policy.

Often people find it easy to be critical when they aren’t in charge, but behave differently when they are. It’s very likely that when they take over parliament, conservatives will distance themselves from harsh slogans and accept realities and limitations.

For example, although Ghalibaf now rejects negotiating with the United States, he’s likely to revise his view in the future. As he previously said in an interview, “Negotiation is a tool. We'll negotiate with the US where necessary. Negotiation with the US has never been a red line for us.”

Conservative parliamentarian Ali Motahari said he believes that once conservatives take charge, they will abandon extremist behaviors and seek to resume JCPOA negotiations, ratify FATF bills, reform foreign policy and even talk to the United States.

Conservatives also will have to answer to the public. They won the election by criticizing the current situation and promising to resolve internal and external problems. “Save Iran’s economy” was one of their main campaign slogans. They understand well that a balanced foreign policy is needed to achieve this goal. In particular, the moderate, pragmatic and traditional conservatives are well aware that their promises to the people can’t be fulfilled with a confrontational approach, which only exacerbates problems.

Sanctions, political tensions and the novel coronavirus have put a lot of pressure on Iranians and they don't want more tension at home or in foreign policy. People's unwillingness to vote for Reformists signaled the public’s discontent, and if conservatives fail to keep their promises, their social capital in Iran will decline. Conservative parliament member Nasrallah Pejmanfar remembers solving problems and restoring hope to people as "a heavy burden.” Politician Mansour Haghighatpour, who has been consulted on JCPOA negotiations, calls on his conservative friends who will be in the 11th parliament to set aside radical policies.

Given the above-mentioned reasons, conservatives’ influence on foreign policy will be limited, and their actions will not be as radical as some might expect. Although they share common principles, their different interpretations of these principles, depending on subject and situation, will prevent them from adopting extreme policies or strategies.