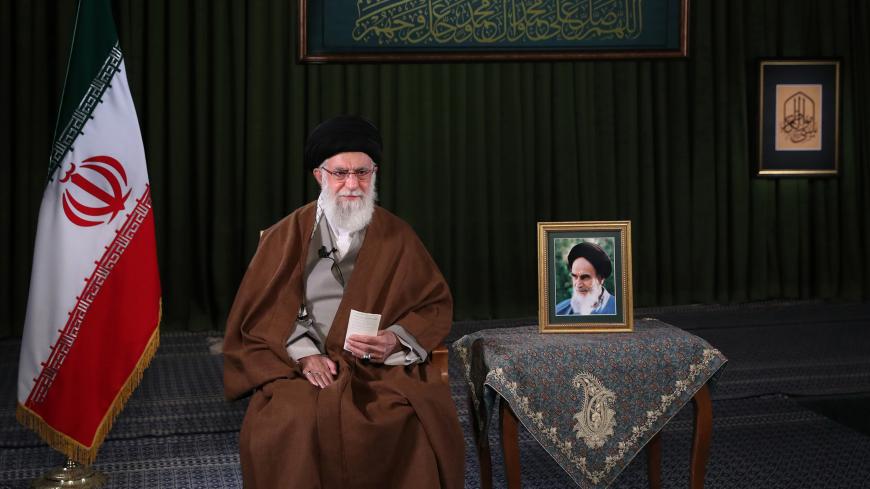 In separate speeches to mark the Persian new year, Iran’s top leaders pledged to defeat the coronavirus outbreak that’s so far claimed the lives of more than 1,400 Iranians.

During the broadcast, Khamenei acknowledged the “tumultuous” past year and expressed his appreciation for the health care workers on the front lines of Iran’s coronavirus crisis.

“These acts of sacrifice were made by medical groups, physicians, nurses, assistants, managers and the staff working in hospitals,” he said. “All these phenomena are a source of dignity and reputation.”

“The sacrifices made were so dazzling that even foreigners felt obliged to admire them,” Khamenei said.

Iran, the epicenter of the coronavirus outbreak in the Middle East, has reported more than 19,000 confirmed cases with at least 1,433 dead from the virus, as of March 20. An Iranian health official said this week that one person is dying from the virus every 10 minutes in Iran.

Khamenei’s remarks come on the heels of a new round of US sanctions targeting five UAE-based companies accused of facilitating petrochemical sales in Iran. Earlier in the week, the US State Department announced the blacklisting of nine entities based in China, Hong Kong and South Africa, along with three Iranian individuals, for “knowingly engaging” with Iran’s petrochemical industry.

The White House has balked at calls from Iran to ease its “maximum pressure” campaign on the country in light of the Islamic Republic’s coronavirus outbreak. The Donald Trump administration reimposed harsh economic sanctions in 2018 after withdrawing from the landmark nuclear accord reached between the United States and six world powers.

“We were never defeated. We confronted the US pressures, we resisted them and we were victorious,” President Hassan Rouhani said during his Nowruz address Friday.

“The White House takes its ‘maximum pressure’ to a new level of inhumanity with its utter contempt for human life,” he wrote.