Amid ongoing economic strain due to sanctions, mismanagement and corruption, the ongoing outbreak of coronavirus presents additional challenges. 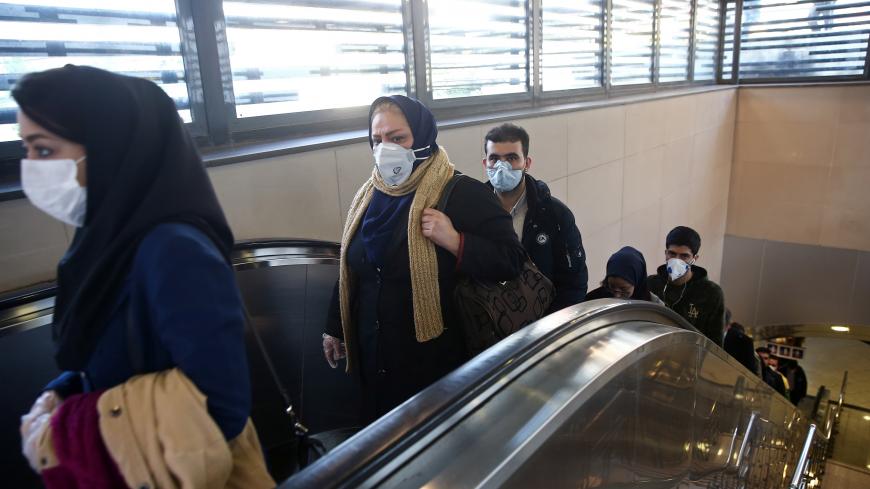 The current crisis surrounding the spread of coronavirus in Iran is a complex and multilayered issue with political, social, health, environmental and economic consequences ranging from questions of how to sustain the economy to the notion of public trust in the government’s handling of the process. Yet with Iran already facing massive economic problems due to sanctions, mismanagement and corruption, the question of economic impact of is of particular importance, as this public health calamity threatens to lead to further deterioration of the economy.

While there are conflicting statistics about the number of deaths and infections, it is clear that the virus has disrupted the country’s economy. According to official figures, there have been 1,500 verified cases and 66 deaths, but some reports place the numbers much higher. Authorities have closed schools, universities, government offices and also restricted many social events as well as transportation across the country to prevent the spread of the disease. Despite protests from the clergy, government authorities even took the rare step of canceling Friday prayers in Tehran and 20 other cities last week.

In the meantime, the Iranian government has deployed its normal toolkit and has established a national committee to manage the outbreak. The committee is managed by Health Minister Saeed Namaki and includes a number of ministers and officials, among them the chief of police, Hossein Ashtari. The composition of the committee indicates that the country expects a wide-ranging set of tasks that will require coordination between authorities. As such, efficient governance will be needed — a point of weakness in the country. It is clear that President Hassan Rouhani is also aware of the significance of managing this crisis in restoring some of the lost credibility for his administration. In fact, one of the major impediments in managing the spread of the virus is the low level of trust in the authorities. Hence, many citizens do not cooperate with the relevant institutions. Furthermore, there are disagreements within the political establishment on how to counter the threat of the spreading virus.

The first and foremost impact of a public health crisis is the psychological costs caused by the sense of insecurity and disruption. In fact, according to sociologist Majid Rezaian, the negative rumors that have been spread in the society are more damaging than the virus itself.

Many citizens are forced to stay at home to prevent a deepening of the calamity. Incidentally, the timing of the crisis also adds to the woes. The weeks prior to the Iranian New Year, or Nowruz, on March 21 are full of end-o-the-year activity, spring cleaning and preparation for the festivities etc. As it is likely that the crisis will last beyond March 21, it will certainly have additional negative social and economic repercussions related to New Year traditions.

Furthermore, to gauge the economic damage, one needs to understand that about half of the country’s gross domestic product is generated through service sectors. As such, any disruption to the flow of services and subsectors such as transportation will deal a heavy blow to the economy. According to deputy head of the country’s chamber of commerce, every day of total closure of main businesses costs the economy an estimated $164 million. Evidently, the continuation of the situation will lead to further contraction of the economy. News is already emerging of the bankruptcy of many small outlets such as hairdressers, repair shops, etc. Individual service providers such as taxi drivers will also be hit and will face the risk of further economic misery. For now, the solidarity within the society and the prevalence of family and community-based charity is helping small businesses in the absence of a state system that can use its social welfare arm to help those who have been harmed by the crisis.

Additional economic damage is caused by the fact that almost all neighboring countries have closed their borders to Iran and have stopped flights to and from the country. This will have lasting economic consequences, especially as exports to immediate neighbors have been one of the backbones of the economy under sanctions. Continued disruption in trade with immediate neighbors is bound to hurt the economy deeply and also undermine the economy’s foreign exchange balance through the disruption of currency flows to and from neighboring countries.

Other negative consequences include the decline in Chinese oil purchases from Iran as well as a collapse of tourism. Domestic, regional and international tourism were among the drivers of generation of new jobs in the economy and it is evident that unemployment will rise as a consequence of the current crisis.

The negative consequences of the crisis were also felt on the Tehran Stock Exchange, where the market index fell 3.44% Feb. 29. This trend will probably continue as a large number of well performing companies at the exchange depend on export performance.

The free market exchange rate has always been a useful tool to gauge of the sentiment in the business community. While the Iranian rial lost about 19% of its value in the first two weeks of the crisis, it has now rebounded and is trading at about 150,000 rials to the US dollar, about 10% higher than at the outset of the crisis. While the government and the central bank may be able to manage the foreign exchange repercussions of the crisis, it remains to be seen whether they can manage other, more urgent matters. For example, the government should consider using some of its funds to compensate small businesses that are under financial pressure. The core problem remains that the establishment of such a scheme would create a platform for corrupt practices that would further undermine the economy.

Another consequence of the current crisis likely will be the deepening of the rift between state and society. Political commentator Abbas Abdi believes that the current situation will have negative consequences for state-society relations. He told Aftab news that restrictions imposed due to the coronavirus create hurdles that could further complicate the containment of the crisis.

Like any other calamity, the current public health crisis, will also unleash some new potential in the economy. For example, in light of the circumstances, a number of meetings, educational programs and even trades are being carried out online — a phenomenon that could consolidate itself and reduce the negative impact of some damaging processes, such as Tehran’s polluting traffic. There is also an unprecedented growth in civil society endeavor, especially health and charity-based activities that could have a lasting impact on the society and by extension the Iranian economy.

On March 1, Health Minister Namaki announced the government's resolve to uproot the coronavirus by sending 300,000 equipped teams to all households to test and cure citizens. If successful, such a campaign would certainly restore some of the government's lost credibility.

The coronavirus epidemic is an evolving crisis in Iran and it is too early to measure the overall negative impact. Nonetheless, the history of Iran has been shaped by crises, including natural disasters, political upheavals, external pressures and also public health crises, all of which could break the country economically. However, Iran has always bounced back. Leading sociologist Hamid Reza Jalaeipour published a note on Telegram social media saying that the Iranians have always emerged from hopeless situations because of their ability to hope. This seems to be one of those instances where a national resolve will be needed to return the country to a sense of normalcy.