Intel: How the US is relying on Riyadh to reassure global markets

In a phone call with Crown Prince Mohammed bin Salman on Tuesday, US Secretary of State Mike Pompeo urged Saudi Arabia to “rise to the occasion” as the escalating coronavirus crisis and the kingdom’s standoff with Russia continue to hammer global markets. 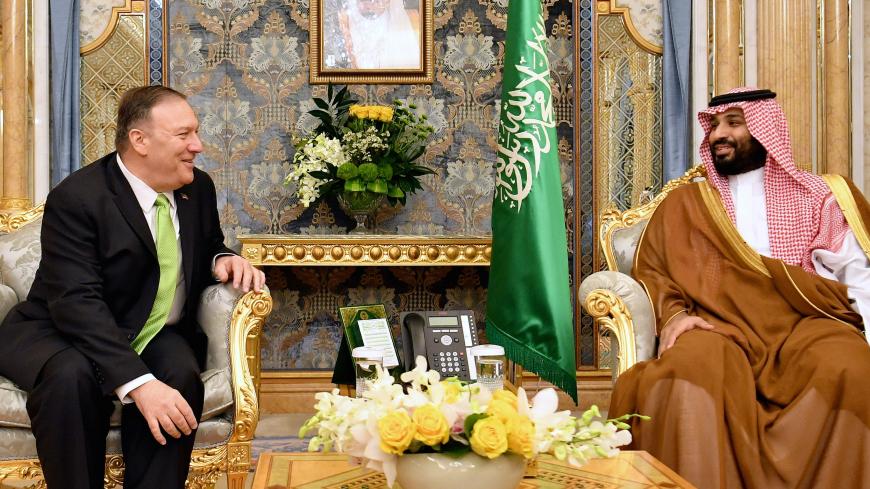 In a phone call with Crown Prince Mohammed bin Salman on Tuesday, US Secretary of State Mike Pompeo urged Saudi Arabia to “rise to the occasion” as the escalating coronavirus crisis and the kingdom’s standoff with Russia continue to hammer global markets.

“Secretary Pompeo and the Crown Prince focused on the need to maintain stability in global energy markets amid the worldwide response,” State Department spokeswoman Morgan Ortagus said in a statement. “The Secretary stressed that as a leader of the G20 and an important energy leader, Saudi Arabia has a real opportunity to rise to the occasion and reassure global energy and financial markets when the world faces serious economic uncertainty.”

The two men also expressed their “deep concern” over the coronavirus pandemic, and Pompeo thanked the crown prince for his country’s “continued partnership in the face of the Iranian regime’s destabilizing regional behavior.”

Why it matters: The secretary’s exchange with Saudi Arabia’s de facto ruler contains some of the Donald Trump administration’s most forceful words yet for Riyadh amid its escalating feud with Moscow over market share.

Earlier this month, state oil company Saudi Aramco announced it would be slashing crude prices and boosting production. The controversial move was retaliation for Moscow’s refusal to join the Saudi-led Organization of Petroleum Exporting Countries (OPEC) in production cuts meant to offset the impact of the coronavirus outbreak that has led to a global drop in oil demand.

The resulting price war between Russia and the world’s top oil exporter has sent US crude futures plunging to their lowest level in nearly two decades, torpedoed shares of energy stocks and left the US oil-and-gas industry reeling.

To prop up struggling oil producers, the US Department of Energy has said it will purchase 77 million barrels of American-made crude oil to fill the country's emergency stockpile known as the Strategic Petroleum Reserve. The $3 billion in funding, however, was nixed from the $2 trillion coronavirus stimulus deal reached by the White House and US Senate early this morning.

What’s next: World leaders in the Group of 20 leading rich and developing nations, which is currently chaired by Saudi Arabia, will convene in a virtual conference Thursday to discuss ways to coordinate a global response to the coronavirus. President Donald Trump, along with Russian President Vladimir Putin and Saudi Arabia’s King Salman bin Abdul-Aziz Al Saud, is expected to participate in the teleconference.