Republicans are throwing their weight behind the Donald Trump administration’s push to get Saudi Arabia to end its oil price war with Russia, which has increasingly squeezed American energy companies as the coronavirus runs rampant throughout the United States. 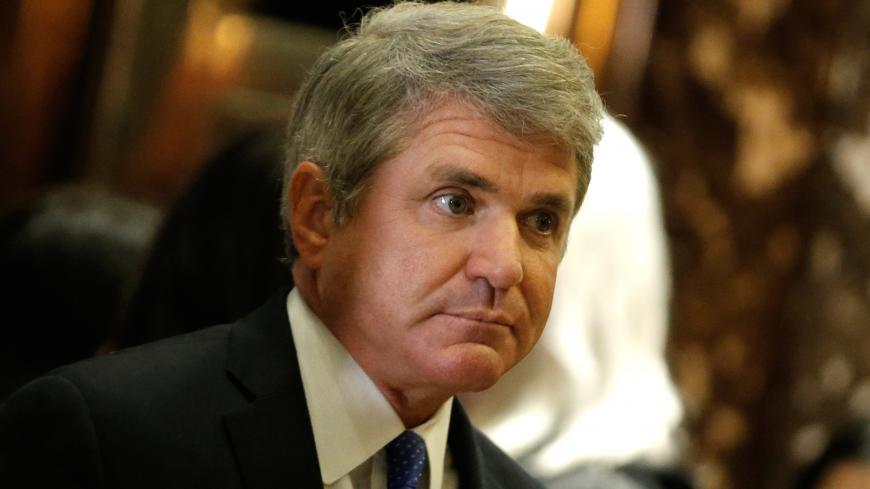 Republicans are throwing their weight behind the Donald Trump administration’s push to get Saudi Arabia to end its oil price war with Russia, which has increasingly squeezed American energy companies as the coronavirus runs rampant throughout the United States.

The top Republican on the House Foreign Affairs Committee, Rep. Mike McCaul of Texas, penned a letter to Undersecretary of State for Energy Keith Krach encouraging him to keep up pressure on Riyadh to scale back its oil output.

“I commend [Secretary of State Mike Pompeo] for emphasizing the need for global economic stability on his recent call with Saudi Crown Prince Mohammed bin Salman Al Saud, and I encourage you to keep up this pressure until we see changes,” wrote McCaul. “The Trump administration stood in solidarity with Saudi Arabia amid Iran’s attack on Saudi oil facilities last September, which was a deliberate attempt to disrupt the global economy. I ask that you remind Saudi Arabia of that support as they consider next steps for OPEC and for the Group of 20, which it currently chairs.”

Why it matters: President Trump participated in a Saudi-chaired G-20 teleconference today. Prior to the meeting, Pompeo pushed Crown Prince Mohammed on the oil price war Tuesday.

“The secretary stressed that as a leader of the G-20 and an important energy leader, Saudi Arabia has a real opportunity to rise to the occasion and reassure global energy and financial markets when the world faces serious economic uncertainty,” said State Department spokeswoman Morgan Ortagus.

Saudi Aramco announced earlier this month that it would ramp up oil production to 12.3 million barrels per day in April — a record amount — after Russia refused to cut production. Moscow has also vowed to increase its output.

McCaul noted that the price war has caused crude oil prices to spiral to below $30 per barrel.

“The ongoing COVID-19 outbreak is presenting enough challenges for the United States without the added effects of rock-bottom oil prices and excess supply,” wrote McCaul. “The shale industry in my home state of Texas and throughout the rest of the US has fought hard to turn America into a leading oil and gas producer and to increase our energy independence. This position and their hard work could be a thing of the past if production is not cut by Saudi-led OPEC and Russia.”

Saudi Arabia has not publicly commented on the Trump administration’s request to curb its oil output, and the Saudi Embassy in Washington did not respond to Al-Monitor’s request for comment.

What’s next: The crown prince is already hugely unpopular on Capitol Hill, and some Democrats are planning to force a vote that would require the Trump administration to declassify a report that could implicate him in the murder of journalist Jamal Khashoggi.

Know more: Elizabeth Hagedorn takes a closer look at Pompeo’s call with Prince Mohammed. And Congressional Correspondent Bryant Harris has the details on one Senate Democrat’s plans to force a vote that could force the US intelligence community to publicly link the crown prince to Khashoggi’s murder.