The Donald Trump administration is preparing to cut most humanitarian aid to Yemen amid progress on a potential cease-fire between the Saudi-led coalition and the Houthi rebels. 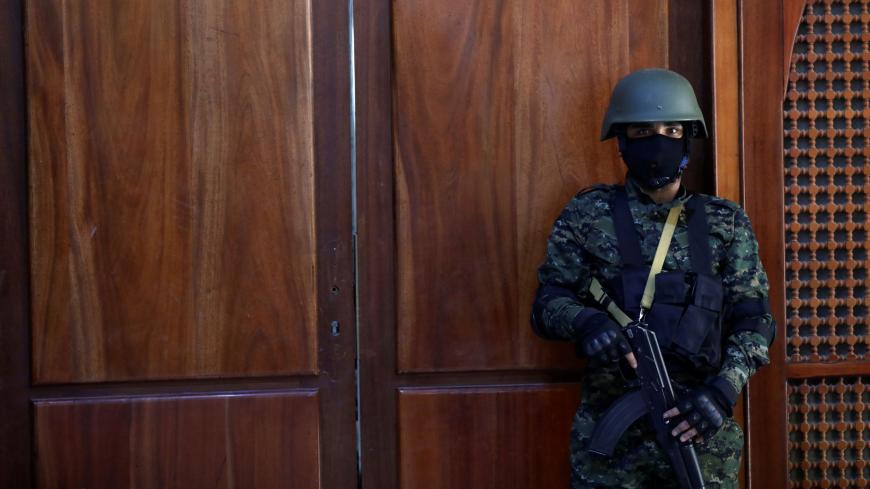 The Donald Trump administration is preparing to cut most humanitarian aid to Yemen, the Washington Post reported today, amid progress on a potential cease-fire between the Saudi-led coalition and the Houthi rebels. The Trump administration provided more than $700 million in humanitarian assistance for Yemen last year but is shutting off the spigot in a bid to pressure the Houthis to undo their onerous new aid restrictions.

The move comes after the Saudi-led coalition and Yemen’s internationally recognized government backed UN Secretary General Antonio Guterres’ call for a cease-fire in the war-torn country earlier this week in order to combat the spread of the novel coronavirus pandemic. Key rebel leader Mohammed Ali al-Houthi welcomed the coalition’s announcement on Twitter with the caveat that they would wait to see it applied practically. Still, the Saudi-led coalition said today that it shot down Houthi drones over the kingdom while the Houthis said they intercepted coalition aircraft flying over Yemen’s Marib province.

Why it matters:  The Trump administration’s move to suspend $73 million out of $85 million in aid throughout Houthi-controlled territory could hamper support for much of Yemen’s health sector as it stares down the coronavirus threat. But the United States hopes the drastic measure will force the Houthis to relax their restrictions on aid. While the Houthis have temporarily backed off on threats to impose a 2% aid tax, they are still restricting humanitarian NGO activity throughout northern Yemen.

One of the letter’s signatories, Rep. Ro Khanna of California, joined presidential candidate Sen. Bernie Sanders, I-Vt., in issuing a bullish statement on the cease-fire while stressing the importance of preserving the humanitarian aid streams.

“The only way forward now is by pairing diplomatic support for a political settlement with coordinated efforts to use this cease-fire to get humanitarian assistance to millions of Yemenis on the brink of starvation,” they said.

What’s next:  US aid for Yemen comprised one-fifth of all humanitarian assistance for the war-torn country last year. It remains to be seen how the United Nations will fill that gap as Yemen faces an imminent coronavirus outbreak absent an agreement between Washington and the Houthis.

Know more:  For more details on the Houthi aid restrictions and Democratic opposition to the Trump administration’s Yemen aid cuts, read congressional correspondent Bryant Harris’ report on the House letter from Thursday. And be sure to read Naseh Shaker’s on-the-ground reporting on how Yemen is preparing for a coronavirus outbreak.