The US State Department issued a stinging rebuke of France on Sunday after it released an Iranian prisoner wanted by the United States for allegedly evading sanctions. 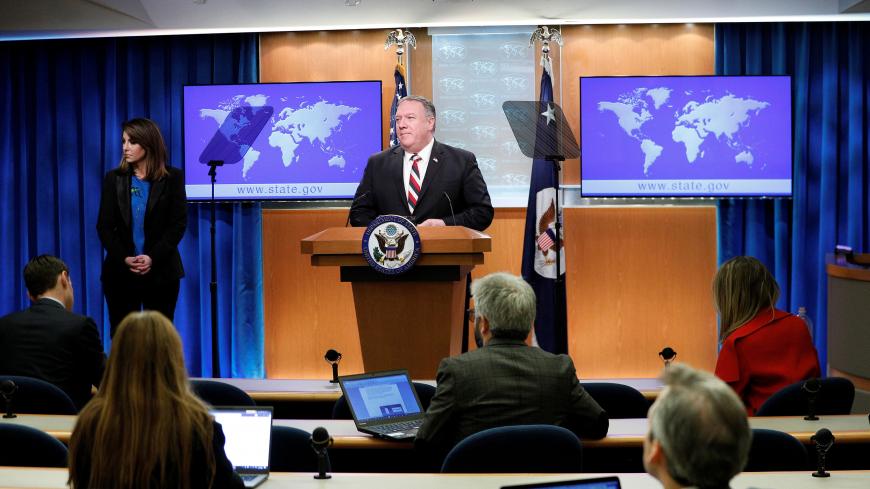 US Secretary of State Mike Pompeo delivers remarks on the current state of the coronavirus disease (COVID-19) during a news conference at the State Department in Washington, US, March 17, 2020. - REUTERS/Tom Brenner

The US State Department issued a stinging rebuke of France on Sunday after it released an Iranian prisoner wanted by the United States for allegedly evading sanctions.

“The United States deeply regrets France’s unilateral decision to release Iranian national Jalal Rohollahnejad from its custody,” State Department spokeswoman Morgan Ortagus said in a statement. “Rohollahnejad was the subject of a US extradition request. There are multiple outstanding US charges against him related to the illegal export of equipment with military applications in violation of US sanctions.”

France released Rohollahnejad in an apparent prisoner swap with Iran in Friday. Hours later, Iran released Roland Marchal, a French researcher who had been detained by Tehran for more than eight months.

Still, Washington has facilitated its own prisoner exchange with Iran before. In December, the United States released Masoud Soleimani, an Iranian stem cell researcher also accused of sanctions violations, in exchange for Xiyue Wang, an American student who had been detained for 10 years in Iran.

President Donald Trump’s "maximum pressure" campaign against Iran, his 2018 withdrawal from the nuclear deal and the subsequent sanctions have also split the United States and Europe. France and other countries are struggling to salvage the deal, which Iran is no longer complying with.

What’s next:  With the prisoner exchange, it is now unlikely that Rohollahnejad will face the US criminal justice system. France and the European signatories to the nuclear deal have also activated the nuclear deal’s dispute resolution mechanism to address Iran’s noncompliance with the accord — even as they hope to salvage it.