US offers cautious response to Zarif call for prisoner swap

The State Department's measured response to Iran's call for a prisoner swap is a departure from its "maximum pressure" campaign against the country. 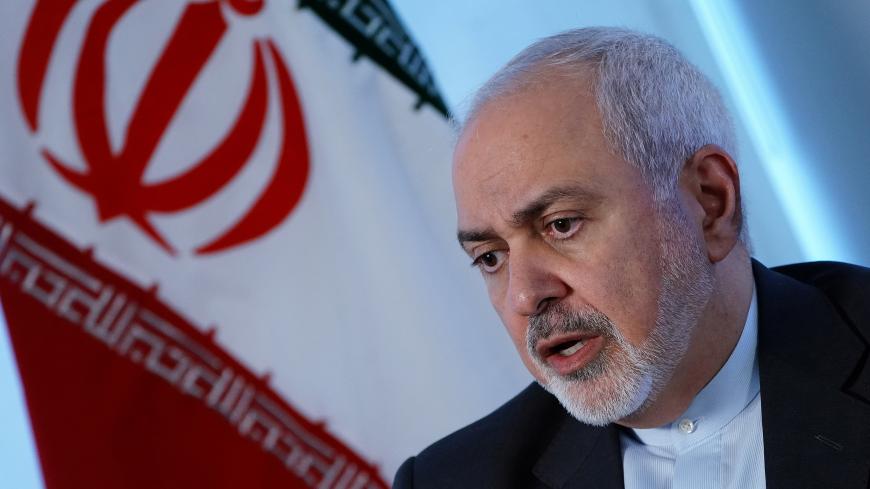 WASHINGTON — Responding to a proposal by Iran’s foreign minister for a prisoner swap, the State Department today urged Iran to release unjustly detained Americans immediately, but did not wholly reject Zarif’s proposal.

“I put this offer on the table publicly now: Exchange them,” Iranian Foreign Minister Mohammad Javad Zarif said today at the Asia Society in New York.

“We believe their charges are phony,” Zarif said, referring to Iranians imprisoned in the United States and on US extradition requests, mostly for alleged violations of US export restrictions and sanctions violations. “The United States believes charges against these people in Iran are phony."

“Let’s have an exchange,” Zarif said. “I am ready to do it and I have the authority to do it.”

The State Department in a statement did not outright denounce Zarif’s remarks, and said it advocated for a humanitarian resolution to the case of US citizens detained in Iran. But it said Iran should immediately release the Americans wrongfully detained first, and said any Iranians detained in the United States have been indicted or convicted of violating US laws.

“We are aware of Foreign Minister Zarif’s recent comments to a NGO in New York regarding wrongfully detained Americans in Iran,” a State Department spokesperson told Al-Monitor in a statement. “We note his reference to a humanitarian resolution of those cases, which we have called for repeatedly.”

“The Iranian regime can demonstrate its seriousness regarding consular issues, including Iranians who have been indicted or convicted of criminal violations of US sanctions laws, by releasing innocent US persons immediately,” the State Department statement continued. “We call on Iran to free all unjustly detained and missing US persons, including Xiyue Wang, Robert Levinson, Siamak Namazi and Nizar Zakka, among others.”

The more measured tone on Iran from the State Department is a departure from recent language the Donald Trump administration has used to describe its “maximum pressure” campaign — most recently in the announcement Monday that the Trump administration will not renew sanctions waivers for eight countries to continue imports of Iranian oil. Key European allies saw the latest US action as an attempt to pressure Iran to quit the 2015 Iran nuclear deal.

Zarif said Iran had proposed a prisoner swap to the Trump administration six months ago, but had received no response.

The State Department statement did not confirm or deny if the administration had received such a proposal.