Although Moroccan King Mohammed VI's visit to Egypt had been postponed more than five times without clear reasons, a silent alliance between Egypt and Morocco may have been formed. 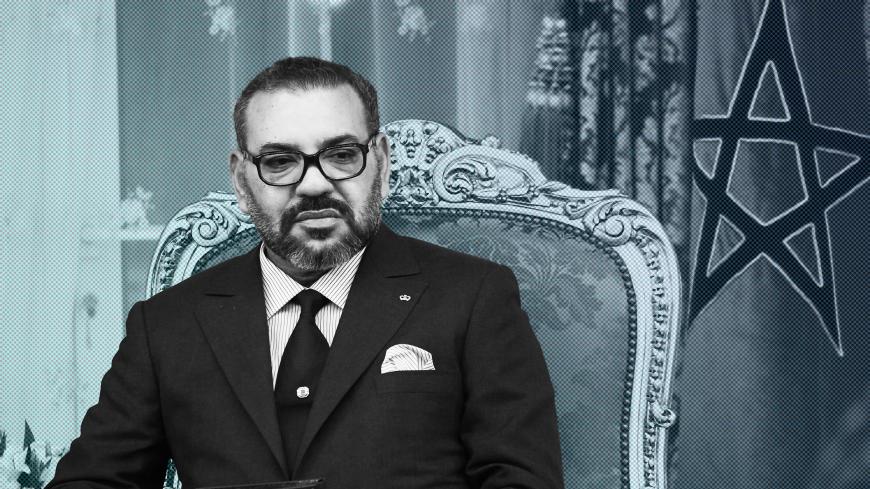 CAIRO — While the Nile River comes nowhere close to Morocco, the country still may be playing a role in the crisis over the Grand Ethiopian Renaissance Dam because of Rabat's legal and financial tangle with an Ethiopian-born man who has been one of the most prominent investors in the project.

In 2015, Morocco began seizing the assets of Saudi-Ethiopian billionaire Mohammed al-Amoudi, who had monopolized oil refining in Morocco through SAMIR, the only refinery there. Most of the shares of SAMIR, which was founded by the Moroccan government in 1959, were sold to Amoudi's Corral group in the 1990s.

In November 2018, the Moroccan judiciary ruled that Amoudi properties should be confiscated; the courts accused him of intentionally disrupting oil production in Morocco as a bargaining tool against the state in order to reduce accumulated taxes and custom dues and to reduce the interest due on loans he obtained from banks in Morocco.

Morocco also was one of 21 Arab League states that signed a March 4 resolution rejecting infringement of Egypt’s historical rights to the waters of the Nile.

On March 5, Ethiopia summoned its ambassadors to Morocco and Egypt, as well as ambassadors to Sudan, Algeria, Australia, the United Kingdom, Belgium and Cuba. On March 7, the Ethiopian Foreign Ministry said the recall of the ambassadors was not related to the faltering negotiations involving the dam between Egypt, Ethiopia and Sudan but rather was due to the end of the terms of the envoys' assignment in those countries.

The Ethiopian move came a few days after Egypt unilaterally signed an agreement on the operation and filling of the dam in Washington. Both Ethiopia and Sudan did not sign the agreement, as they had withdrawn from the negotiations held under the patronage of the US Treasury Department. On Feb. 29, Ethiopia announced — without an agreement with Egypt or Sudan — that it would start filling the dam in July with 4.9 billion cubic meters of Nile River water (nearly 4 million acre-feet).

Mahmoud Hegazy, a diplomatic relations lecturer at the Egyptian Center for Public Policy Studies, told Al-Monitor that the solution to the crisis over the Ethiopian dam lies in two paths.

The first is the diplomatic one, based on embarrassing Ethiopia internationally by proceeding with negotiations from which Ethiopia withdraws one after the other “because of its insistence on expediting the filling of the dam or because of the intransigence of investors — countries, companies or individuals — that are pressuring the Ethiopian government not to commit to the results of any negotiations or to basically withdraw from them,” Hegazy said.

He further said the second path consists of “mobilizing states and international public opinion against the corruption of any international investor funding the Grand Ethiopian Renaissance Dam, which could in turn contribute to drying up or disrupting the sources of investment of the dam. [This is what] happened with Amoudi due to his involvement in corruption cases in Saudi Arabia and Morocco.”

Hegazy said he believes that exploiting the weaknesses of investors could play a prominent role in resolving the crisis over the dam or at the least in delaying the filling of the reservoirs until a peaceful solution based on negotiations can be reached.

Ethiopia had previously announced its intention to make a unilateral decision over when to fill the dam’s reservoirs and start operating the facility. But observers said the placement of Amoudi's money, investments and assets under custody in Saudi Arabia in November 2017 and the confiscation of his money in Morocco may have disrupted the completion of the dam’s construction and the filling of its reservoirs.

Although Morocco's actions may have had the effect of blocking greater Amoudi investment in the Renaissance Dam, relations between Egypt and Morocco have had tense moments.

On March 1, the prominent Moroccan newspaper Zenka20 revealed the intention of Morocco’s King Mohammed VI to visit Egypt this month. The report said the visit had been postponed five times for unknown reasons, which stirred tensions in relations between Egypt and Morocco, according to unnamed sources described by Zenka20 as being well-informed. For example, there also was a report in early February saying the king was to visit with Egyptian President Abdel Fattah al-Sisi later that month. There may be no visit this month, either, because of the coronavirus; Egypt has suspended all international flights from March 19-31 in an effort to halt the spread of COVID-19.

Also, the Moroccan government had allowed dozens of Moroccan demonstrators to organize a major protest to mourn the death of former Egyptian President Mohammed Morsi on June 20, 2019, and to condemn what they called “his abuse in prison by the Egyptian authorities.” Meanwhile, Moroccoan Prime Minister Saadeddine Othmani, also secretary-general of Morocco's ruling Justice and Development Party, mourned Morsi in an official statement on June 18, 2019.

The Egyptian authorities had arrested Morsi, a leader of the Muslim Brotherhood, on July 3, 2013, and brought him to trial on several charges, including spying for foreign countries, incitement to violence and terrorism and incitement to kill peaceful protesters.

The Egyptian armed forces toppled Morsi from his position as president the day of his arrest following mass protests against his rule and the Muslim Brotherhood regime.

Hisham Bachir, an expert in Arab Maghreb affairs who is a researcher at the Germany-based Democratic Arab Center for Strategic, Political & Economic Studies, told Al-Monitor that Morocco is ruled by a constitutional monarchy system, in which the king shares powers with the government formed by the elected parliament.

He said Morocco's Justice and Development Party, which has had strong links with Muslim Brotherhood, has headed the parliament for nearly a decade; thus it seems natural that the Moroccan security forces and the state media should support Morsi or the Muslim Brotherhood.

In a report released in 2015, Moroccan state television described the Egyptian armed forces' ouster of Morsi as a military coup, a conclusion that Egyptian officials said did not take into account the public protests against Morsi that sought the armed forces' intervention against him.

Bachir said this is not necessarily a reflection of the policies of Morocco's king, who on Feb. 26 offered his condolences for the death of former Egyptian President Hosni Mubarak. Bachir said many in Morocco's Justice and Development Party considered Mubarak an enemy against whom the Egyptian people revolted; his regime was toppled in January 2011.

Bachir said he expects that the coming days will witness a rapprochement between Morocco's king and Sisi over Turkish military intervention in Libya. Morocco's foreign minister has objected to Turkey's actions there; Morocco's position in general has been for a diplomatic solution, while Egypt has been backing eastern Libyan warlord Khalifa Hifter.

The Turkish interventions are being carried out under a military cooperation agreement signed by the Libyan Government of National Accord and Ankara in November. This agreement, however, contradicts the provisions of the Skhirat Agreement, signed after negotiations between Libya’s warring factions under the patronage of the Moroccan king in 2015. The agreement, which specifies the powers and competencies of the Government of National Accord, does not allow said government to sign international agreements without the approval of parliament.