Egypt’s foreign minister embarked on a regional and international tour to seek international support in Cairo’s dispute with Addis Ababa over the Grand Ethiopian Renaissance Dam. 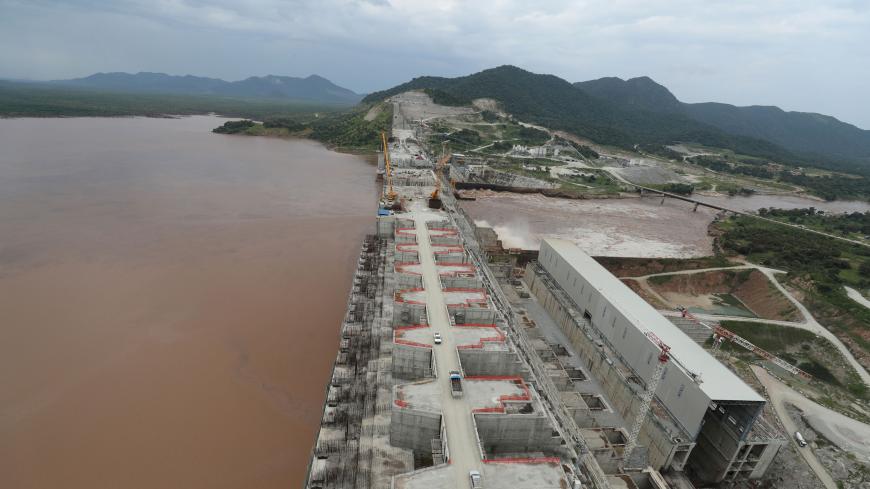 CAIRO — As part of extensive diplomatic actions to shore up support for Egypt in the Nile dam dispute, Egyptian Minister of Foreign Affairs Sameh Shoukry has toured seven Arab capitals — Amman, Muscat, Baghdad, Riyadh, Abu Dhabi, Kuwait City and Manama — since March 7. He also went on a European tour that included Belgium and France on March 11, in addition to another tour of the African continent on March 17 to Burundi, Rwanda, Tanzania, South Africa, Congo, South Sudan and Niger. Meanwhile, a delegation from the Foreign Ministry covered a number of other Arab countries including Tunisia, Algeria and Mauritania on March 15.

Shoukry’s tours carried a single message from President Abdel Fattah al-Sisi to the Arab and European region to mobilize positions in support of the Egyptian stance against Ethiopia’s failure to sign the comprehensive agreement to fill and operate the Grand Ethiopian Renaissance Dam (GERD), which was reached under US auspices during meetings that took place within four months, from November 2019 to February 2020.

During his tour, Shoukry also sought to explain what happened during the negotiation process that continued with the Ethiopian side since March 2015 after the signing of the Agreement on Declaration of Principles, as well as the consequences and repercussions that may result from any unilateral Ethiopian decision to fill the GERD without signing the agreement with Egypt and Sudan.

Shoukry’s Arab tour, which targeted most of the Gulf states active in the Arab and African regions, came after the Arab Foreign Ministers Council backed Egypt’s historical rights in the waters of the Nile, against the ongoing Ethiopian refusal to sign the agreement. This also comes amid Ethiopian media escalation against Cairo and its adherence to the Washington agreement, which Ethiopia believes to be inconsiderate of its interests.

This Egyptian diplomatic action came within a comprehensive plan agreed upon by the Egyptian Cabinet during an extended meeting of the Higher Committee for Nile Water, which includes several steps to protect Egyptian water interests and Egypt's rights in the Nile waters. “The committee is in permanent session to take the necessary measures,” a March 8 Cabinet statement read.

A government official who attended the meeting of the Higher Committee for Nile Water told Al-Monitor on condition of anonymity that “Egypt will not return to negotiations regarding the technical parameters or points that have been agreed upon during Washington’s [negotiation] rounds on how to fill and operate the GERD.”

He added, “Any attempts [by Ethiopia] to gain more time and impose a fait accompli policy by starting to store water in the GERD without signing an agreement with Egypt and Sudan will have dire consequences for peace and security in the region.”

The official noted, “Egypt has adopted a policy of patience and goodwill ever since negotiations with Ethiopia began in 2011. Even now, we still invite Ethiopia to sign the agreement and respect the principles of international law.”

Speaking about the Egyptian action plan, the official said, “We have several scenarios that started with Shoukry’s intensive diplomatic action at the regional and international levels to fully clarify the picture according to the minutes of the Washington meetings and the previous discussions that spanned since 2011, as well as warn against the consequences of Ethiopia’s continued reluctance to sign the agreement.”

Egyptian Minister of Water Resources and Irrigation Mohamed Abdel Ati revealed in a television interview March 10 a major problem Egypt is facing when it comes to negotiations with the Ethiopian side, saying, “Ethiopians have a problem in adhering to an agreement and making any pledges not to harm Egypt's interests in clear legal wording.”

In October 2019, Ethiopian media reports revealed “downsizing the GERD’s energy capacity after reducing the number of turbines from 16 to 13 … to lower the cost as the Ethiopian government faced financial issues.”

Abdel Ati explained the hard-line Ethiopian stances in the negotiations with what he called “the Ethiopian administration’s dilemma in the inability to face problems with its people, and accusing Egypt of hindering development.” Commenting on the reason why Ethiopia failed to sign the Washington agreement, he said, “Either there is no political will or it is unable to make a decision.”

Speaking about the expected results of the Egyptian diplomatic action, Hani Raslan, the head of the Nile Basin Studies Unit at Al-Ahram Center for Political and Strategic Studies, told Al-Monitor, “I do not expect immediate results in terms of announcing specific positions. But the importance of these diplomatic steps lies in explaining the dimensions of the Egyptian position while Ethiopia is promoting false notions and distorting the facts of what really happened during the negotiation rounds.”

In an interview with Al Jazeera March 12, Ethiopian Foreign Minister Gedu Andargachew accused Egypt of distorting the facts and misleading the Egyptian people, saying, “They are pushing the Egyptian people to confront their neighbors, and seeking to launch malicious and misleading propaganda in the Arab world is not a sin but rather an act of cruelty.”

Raslan noted, “The minutes of the tripartite meetings that took place since Ethiopia started building the GERD in 2011 until the recent Washington meetings are enough to reveal the facts of what happened in these negotiations and show the scheming party that wants to dodge its responsibilities,” in reference to Ethiopia.

Raslan stressed, “Ethiopia’s insistence on controlling the Nile will have catastrophic repercussions in the future,” pointing out that “Egyptian action is still dependent on international positions and what the US could offer after the Ethiopian withdrawal.”

Ayman Shabana, professor of political science at the Institute of African Studies and Research (affiliated with Cairo University), stressed the importance of Shoukry’s diplomatic tours, saying to Al-Monitor, “After the negotiations reached a dead end, each side is trying to mobilize the international parties to clarify its stance, especially since technicians no longer had room to negotiate once more and had to leave it up to politicians.”

Shabana added, “The Arab Gulf still has something to offer by pressing for reaching understandings. Saudi Arabia, the United Arab Emirates and Kuwait have great economic weight in Ethiopia, being the most important trading partners. At the same time, there are strategic interests linking them to Egypt in many issues such as the Iranian, Yemeni, Syrian and Libyan dossiers.”

Amid Egyptian attempts for popular and international mobilization to clarify its position, Egyptian rights in the Nile waters remain subject to a decisive presidential intervention prior to Ethiopia’s initial storage in the GERD by July 2020.